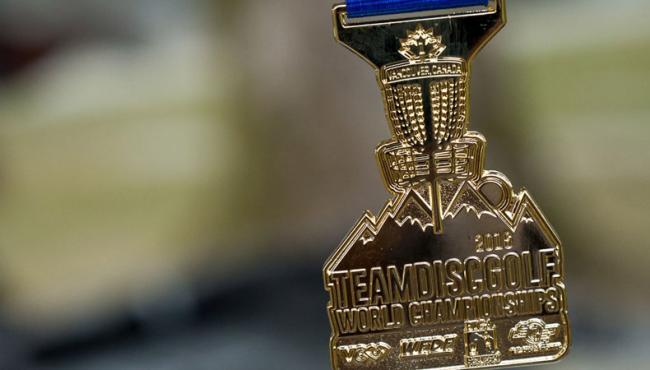 A dramatic day of the semifinal and final round action and upsets brought the inaugural PDGA/WFDF Team Disc Golf World Championships presented by DGA to a climax today in Vancouver, Canada. Team Canada and Japan had appeared to be the favourites to advance to the finals after they finished 1-2 in regulation play. However, their dreams were dashed in stunning fashion in the morning’s 18 hole match play semis.

Team USA saved their best golf for when it counted most by defeating Team Japan 6-2. The critical moment occurred when Japan’s top shooter, Manabu Kajiyama #8139, inadvertently played from a USA player’s lie, an unfortunate error that cost him the hole from which he never fully recovered. He ended up losing his match against Nick Wood by 5 holes to 4; had he won by the same score, Japan and not USA, would’ve advanced to the Gold Medal match.

The competitively stunning and cut-throat nature of Match Play was on full display in the Canada-New Zealand semi. When Kiwi Gemma Sullivan #61103 hit a seven meter/23 foot headwind putt on the final hole the teams finished tied in both matches and total holes won which meant … playoff. Kiwi captain Simon Feasey #8508 stepped up to the designated Hole 7 tee and smoothed his drive down the 379-foot tree-lined fairway to within five meters of the bucket. 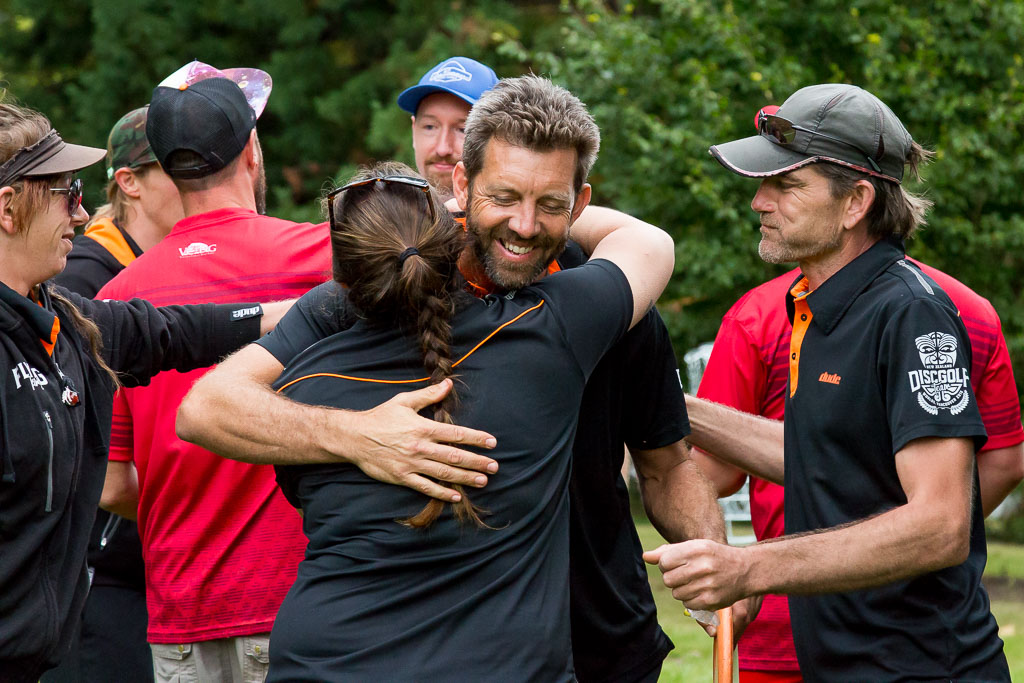 Team Captain Simon Feasey embracing his teammate after the end of the semifinals.

Feeling the pressure, Canuck Hector Diakow #27060, who had won the toss but opted to toss second, threw a worm burner, but then, facing do or die, hit metal from 180 feet. When Simon calmly drained the putt, it was New Zealand – who Canada had beat 7-1 the day before in match play – that advanced to the Gold Medal showdown versus the Americans. Wow.

Team Japan took the bronze medal match over Canada 6- 2 with Senior Grandmaster Kazuo Shirai #6075 earning crucial wins on holes 16 and 17 to go from one down to one up proving to be the difference. Had Shirai-san remained one down to Steve Crichton #27749 the teams would’ve been in a dead heat and playoff bound. But after dominating regulation, play it simply was not Team Canada’s day.

The USA-New Zealand battle for glory had all the makings of a classic championship match. Not only had the 2 squads tied in regulation match play and match play holes won, they had also finished in a dead tie in the Total Team Score round. But USA’s cruise to gold was not to be denied as they shrugged off an early Kiwi lead to win convincingly by seven points to one (three wins and a draw in the four matches).

The 5th place match between Australia and Brasil was won handily by the Aussies. Brasil’s determination to compete to the very end was rewarded when they and New Zealand were voted as the Teams best demonstrating Spirit of the Game, together with individual players Peter Boyle #8550 and Tim Skellenger.

It was an absolute privilege to work with the event hosts from BC Disc Sports led by event Tournament Director Dan Laitsch #16032, and to witness the camaraderie and professionalism exhibited by the players, beyond the unbelievably intense competition. On behalf of the PDGA and WFDF we salute the event organizing committee, volunteers, and all the participants for raising the bar high in the inaugural edition of this very, very cool event. 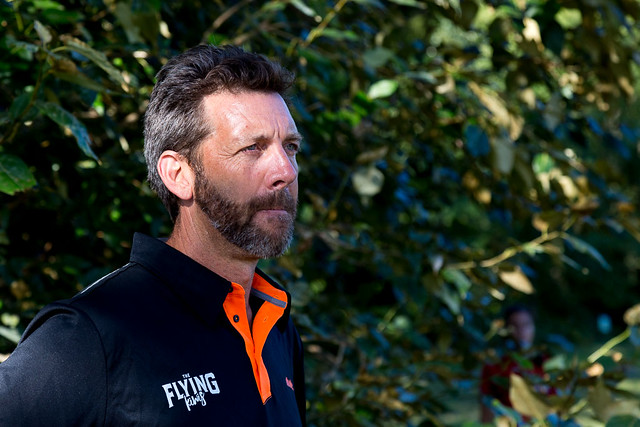