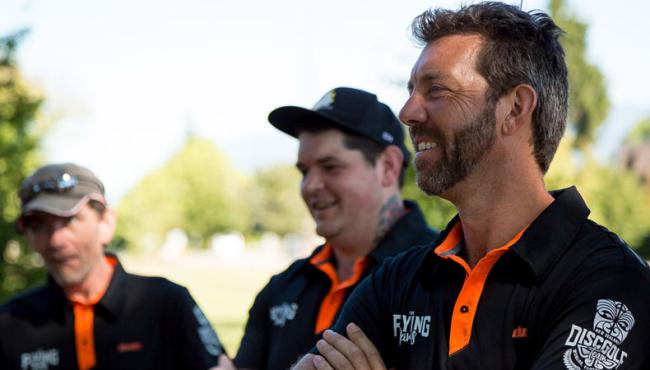 After a year of planning the first ever PDGA-WFDF Team Disc Golf World Championships presented by DGA, are taking place this week in beautiful Vancouver, British Columbia. Six countries from the Americas, East Asia, and Oceania including Japan, USA, Brasil, Australia, New Zealand, and the hosts, Canada, will be competing for the medals and the honor of being crowned the inaugural Team World Champions.

Hosted by BC Disc Sports, this historical event will take place on two courses: The 2277 m (7470 ft) layout in downtown’s Queen Elizabeth II Park which features manicured fairways and mature trees, will be the scene of the Match Play and Doubles competitions. In sharp contrast, the Team Total Score round will be held on the rough, tough ski slopes of the 2385 m (7825 ft) Grouse Mountain course, challenging the players with severe elevation changes while wowing them with amazing views of the city and lower mainland below. 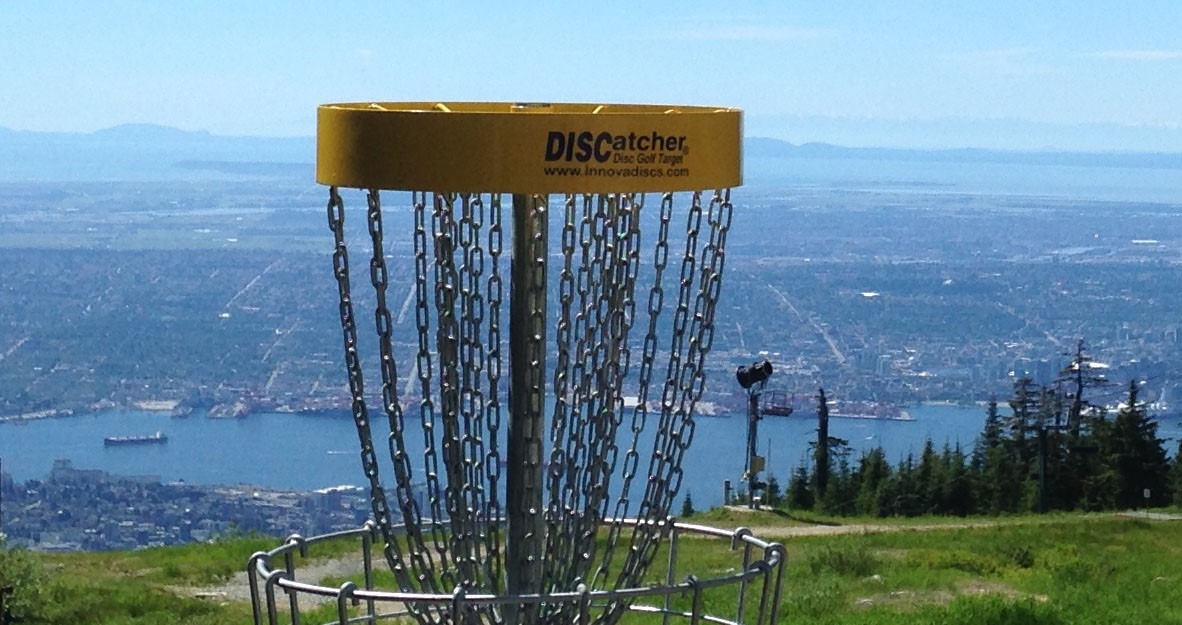 View from one of the greens at Grouse Mountain. Click the photo for more course information.Photo Credit: BC Disc Sports

Each country will field four players in each round, including two from the Open divison, one from the Open Women's division, and one from the Masters division.. A maximum of 70 Team Points will be available in regulation play, which will be held Thursday through Saturday, as follows:

The favorites may well be Team Japan, whose roster includes the event’s highest rated players in all three divisions; Manabu Kajiyama #8139 (Open), Yuki Fukuhara #8200 (Open Women), and wily veteran Kazuo Shirai #6075 (Masters). However, they are likely to be hard pressed by USA’s Pacific North-West contingent starring 1015-rated Tim Skellenger #26269, and the home course familiar Canucks who include BC’s, Alberta’s, and Manitoba’s top disc golfers. Making the long journey from the Southern Hemisphere, the Aussies and Kiwis are also bound to be in the mix, led by Dave Bandy #8534 and Simon Feasey #8508 respectively, while upstart Brasil will be looking to upset the other more seasoned squads.

On behalf of the organizing committee, the event sponsors, BC Disc Sports, the Tournament Director Dan Laitsch #16032 and the deep team of volunteers we wish all the participants good luck, great sportsmanship, and a memorable week of disc golf under Vancouver’s sunny late summer skies!