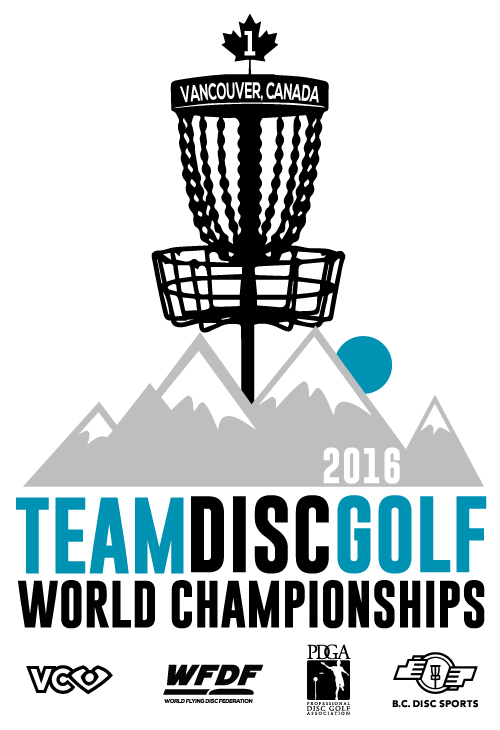 In early 2014, the PDGA and the World Flying Disc Federation agreed to the development of a new jointly-sanctioned World Championship Disc Golf event, the format of which will be a national team competition. A “World Cup” for disc golf, so to speak. This new competition brings forth one of the most competitive, unique and under-utilized formats in disc golf; team play. As we have witnessed with the National Collegiate Disc Golf Championship in the United States, team disc golf allows the spectator to build an association with a team instead of just one player, creating almost instant fandom. Think about it; if Team Brazil is playing against Team Canada in the Finals and you are Canadian, who are you going to root for? You don’t even have to understand disc golf to get excited about a World Championship for your country!

Through this event, the hope is to capture the excitement of a disc golf World Championship and combine it with the important traits of being a team member, such as cooperation, trust and pride. These teams will represent their country, which is something that has never been done before. Team play allows for different styles of play throughout the competition, such as match play and doubles, to name a few. It also emphasizes the important attributes of cooperation, teamwork, trust and friendship. We are thrilled to present the 2016 PDGA & WFDF Team Disc Golf World Championships to be held in beautiful Vancouver, British Columbia from August 18-21, 2016.

In 1980, the BC Flying Disc Association (BCFDA) was founded in Vancouver. This organization concentrated on Disc Golf and oversaw the 1983 installation of the Little Mountain Disc Golf Course in Vancouver’s Queen Elizabeth Park. The BCFDA held a wildly successful Western Canadian Overall Championships in the early 1980’s with lots of participation, competition, and sponsor support. Also in the early 1980’s, the Flying Islanders, a group of players at the University of Victoria formed a university club. They concentrated on all-round play and formed one of the first Ultimate teams in the Province.

Back in Vancouver, in 1985-86, the BC Flying Disc Association joined an organization called Westwind and concentrated efforts on overall disc sport development. Then, in 1986, the Westwind group decided to focus their efforts on promoting disc sports in Vancouver and they formed the Vancouver Disc Sports Society. Also in 1986, the Vancouver Ultimate League was formed and the first Vancouver touring team attended the Solstice Celebration Ultimate tournament in Eugene, Oregon. Additionally, the first intraprovincial Ultimate Tournament occurred in Vancouver in 1986 between the host, Aerial Express, Victoria and the Calgary Cynics.

In 1988-89, disc sports were expanding rapidly provincially, nationally, and internationally. Lasqueti Island started hosting regular tournaments in 1988. Victoria and Prince George were forming Ultimate teams and regular groups of golfers. Golf on Pender Island was growing. The first Canadian Ultimate Championships were held in 1987, and the World Disc Golf Championships were held in Toronto that same year. Internationally, the World Flying Disc Federation had been formed and was hosting world championships in Ultimate, Guts and individual events. Locally, the Vancouver Disc Sports Society (VDSS) saw provincial incorporation as an opportunity to further Disc Sports with provincial coordination and the ability to access provincial grants/lottery revenue which were only available to provincially incorporated societies. Therefore, the Vancouver Disc Sports Society sought provincial incorporation and received provincial society status on April 26, 1989. On that date, the VDSS officially became the British Columbia Disc Sports Society.

The BCDSS was initially organized as two branches, one focused on Ultimate and another on Disc Golf, with the "big board" as it was known managing the broad multi-sport activities of the organization. In 2012, the Ultimate Branch decided to start an independent organization, BC Ultimate (BCU), and the remaining membership consolidated all branches and programs into one Disc BC Board. Final revisions to the bylaws were submitted in 2015 and the BCDSS was formalized in its current format.

Currently, the British Columbia Disc Sports is run by its membership, both elected and volunteer, and as a PSO (provincial sport organization) serves as the provincial voice for all disc sports other than Ultimate. Officers are elected at the Annual General Meeting.

This new international competition will feature one of the most exciting, unique and under-utilized formats in disc golf; team play. Team play allows for different competitive formats, including match play, doubles, and total team score. It also highlights the important attributes of cooperation, teamwork, trust and friendship. Participating national teams will be required to have at least 4 players; two (2) Open (MPO), one (1) Female Open (FPO), and one (1) Master (MPM, 40+ years of age in 2016). Teams may bring more players to be used as substitutes, however all players in attendance must play at least one round for their country.

Player eligibility will follow PDGA/WFDF guidelines. All players on a National Team Roster must belong to one of the following classes:

All players on a National Team Roster must be current PDGA members and certified officials at time of registration and through the completion of the event and must belong to one of the following classes:

Players are deemed to be "Legal citizens" if they own a passport or equivalent legal document issued by the country's government prior to the start date of the event.

Players are also deemed to be " WFDF citizens" if they have moved to the country at least four years prior to the start date of the event and spent more than 75% of those four years in the country.

Players are deemed to be "Resident non-citizens" if they own a legal certificate of permanent residency issued by the country's government; or if they have moved to the country at least 18 months prior to the start date of the event and spent more than 75% of those 18 months in the country.

Players are deemed to be "Disc Golf community members" at the discretion of the National Association if they are considered to be a significant part of that Country’s disc golf community, but don’t fall under the above categories.

Teams are selected by each country’s PDGA and/or WFDF leadership. Players interested in joining their national teams should contact their country coordinators.