300! How Elaine and Schwebby Stacked Up the Wins

300! How Elaine and Schwebby Stacked Up the Wins 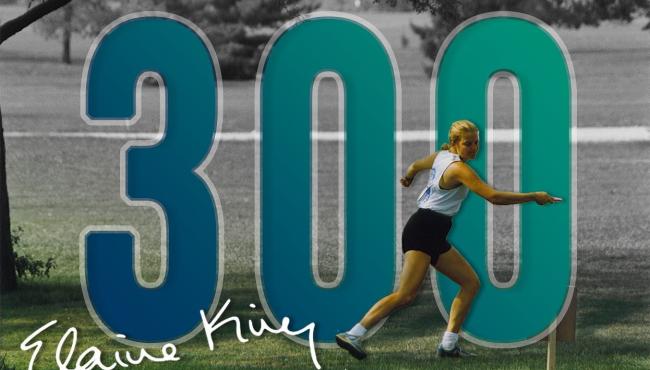 For the past year or two, those of us that are interested in disc golf history have watched two of the disc golf greats battle it out for who would be the first to reach the milestone of 300 career wins. On June 19, 2021 Elaine King got there first. The following weekend Brian “Schwebby” Schweberger won two separate events for his 300th, and then 301st win, making him the winningest player in the world. To mark their accomplishments I have created a few graphs that show how they got there as well as a short interview with Elaine and Schwebby.

In this graph you can see each of their cumulative wins over the years:

In this graph you can see how many wins they had in each year:

In this graph you can see King's wins by division and tier:

In this graph you can see Schweberger’s wins by division and tier:

A few questions for King and Schweberger:

What was your favorite putter, mid, and driver for the first 100 wins? The second 100? How about now?

Elaine: Remember that when I started playing there were very few golf discs in existence! I putted with an Aviar and used an XD for midrange shots. When the Cyclone came out it became my go-to driver. For the second 100 wins I had switched to the soft Magnet for putting, MRV for midrange and X-Avenger for drives.The last 100 wins I used the electron Atom for putting, proton Matrix for mid-range and Vanish for drives (my last 100 wins being mostly in the woods!).

Schwebby: I have used the KC Aviar for all 301 of my wins. I throw KC Rocs and CE & DX Sharks. Also Star Leopards and Firebirds. My favorites haven’t changed during this entire time.

Who was your biggest rival? Who do you think you finished 2nd to most over the course of your career?

Elaine: That has been a moving target since women often go in and out of the sport and I moved several times to different countries. There is no one person who I found myself contending against for a long period of time and I’ve had the pleasure of competing with many talented women throughout my career.

Schwebby: As far as rivalry goes MJ (Michael Johansen) was probably my biggest before I turned 40. As far as finishing 2nd to the most, I would have to say MJ or Barry Schultz. 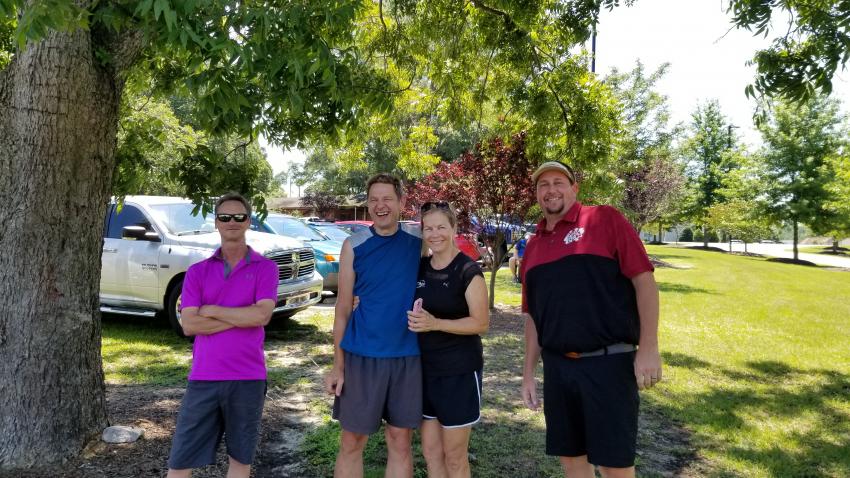 If there was one throw in your career that you could re-do, which one would it be?

Elaine: The most recent incident would be last year at Idlewild when I was on live coverage and tried to do a sidearm. The disc slipped out perpendicularly across the fairway into the woods on the other side and it took me two throws to get back onto the fairway. I would have loved to take a mulligan on the sidearm!

Schwebby: I can’t really think of one specific throw to take back, I have been in over 30 playoffs, I am sure one of the 10 that I lost, I would probably take one of those back so I could have a chance to get another win.

Is there a particular win you are most proud of?

Elaine: I am most proud of my first big win since it was completely unexpected. This was my 7th recorded win, at the Circus City Open in June 1987. There were 17 women playing, a crazy number in those days, including the current World Champion Vanessa Chambers and the distance champion Tami Pellicane. I was so excited to be playing with such an esteemed group of women and it never entered my mind that I had the skill to win. Up until almost the last hole I was unaware that I was in the lead, and when I finished strong to take the win it was exhilaration beyond anything I had ever experienced.

Schwebby: The win I am most proud of is the 2013 US Master’s. That was the 1st time I ever won a tournament that had (Ken) Climo in the field.

When did you start thinking about the race to 300 career wins?

Elaine: Honestly I was much more focused on when Brian Schweberger would overtake me in total recorded wins. He plays more events per year than I do and is a very talented player so I knew that would happen, but the question was when. It should have been last year but then we had the COVID shut down which extended the race. Brian has also been suffering with tendonitis this year which enabled me to squeak ahead to 300 recorded wins one week ahead of him. I really did not think about 300 as a milestone until very shortly before I hit the mark.

If you had to predict, how many wins will you end up with?

Elaine: That is a tough question. It took me 7 years to attain my last 100 wins and competition in the FPO field is getting fiercer by the day so I’m not sure that I can make it to 400 wins. 350 would be a nice goal.

Schwebby: Over 400, I hope. I plan on playing until my arm falls off.