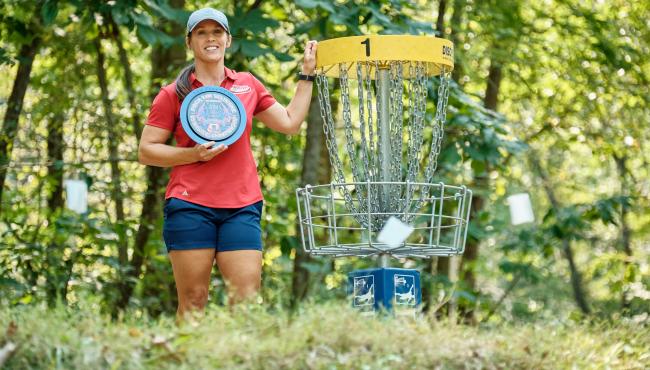 But, a few days before the 2021 PDGA Tim Selinske U.S. Masters Championships got going, her motivation and biggest supporter had a word for her.

“It’ll really hit when I called my mom,” Allen said. “I almost dropped out on Monday to be with her. She had a bad surgery and a rough go, but she told me to come play and there was a reason I was supposed to be here. So, it’s special in many ways.” 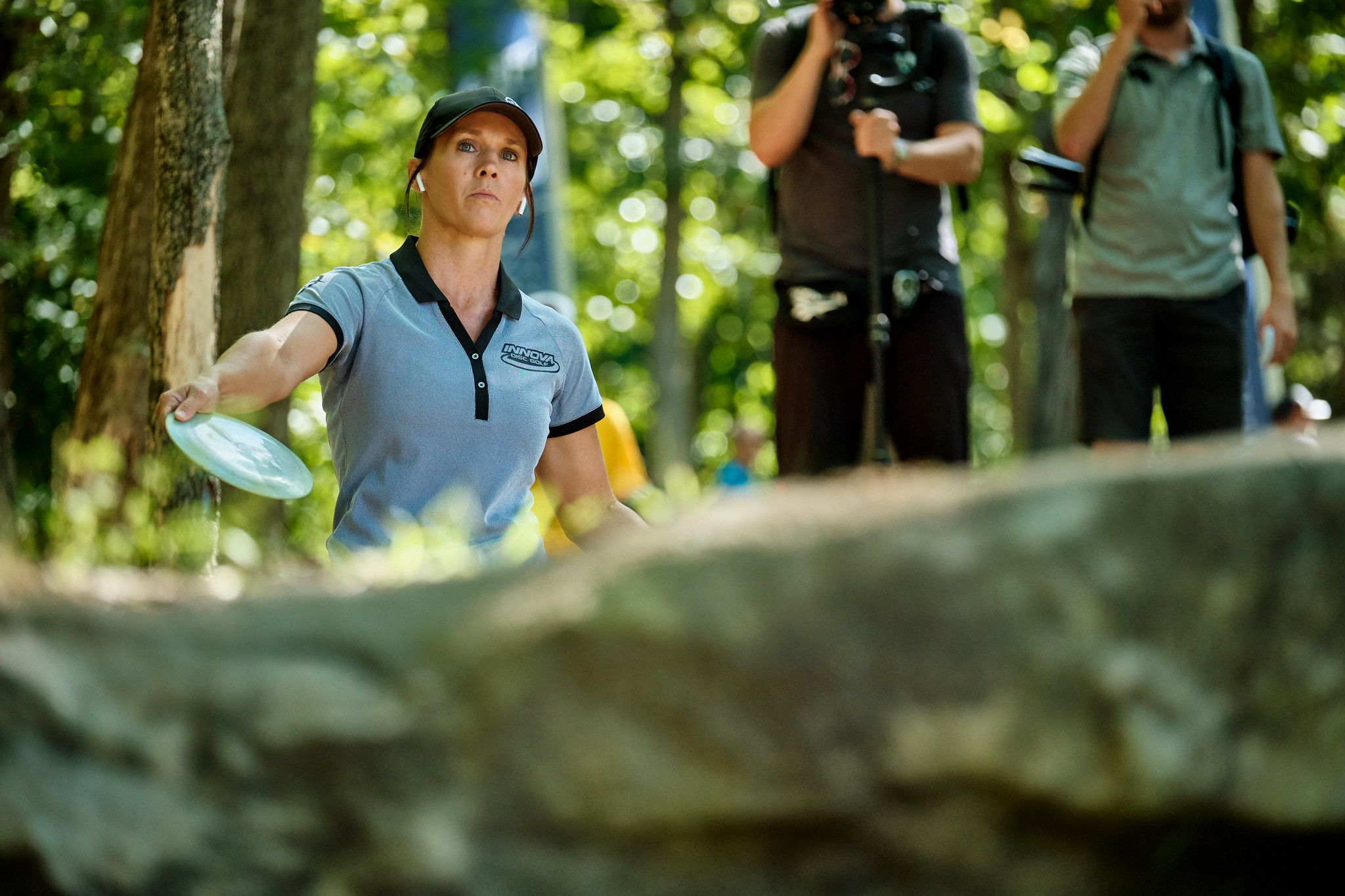 It was a tight race throughout the week in FP40, with Allen there each step of the way. Photo: Kevin Huver / PDGA

Thinking of home, Allen spent the week battling at the top of the FP40 leaderboard – chasing and matching Ohn Scoggins each day. All the while, she knew, after learning it firsthand, to never count out Disc Golf Hall of Famer Des Reading.

It all came to fruition on the final day on Sunday in Columbia, Missouri.

The trio – as they had all week – went stroke-for-stroke until the ultimate finisher, the 18th hole at Harmony Bends. Scoggins led entering the day by one stroke over Allen and four over Reading. 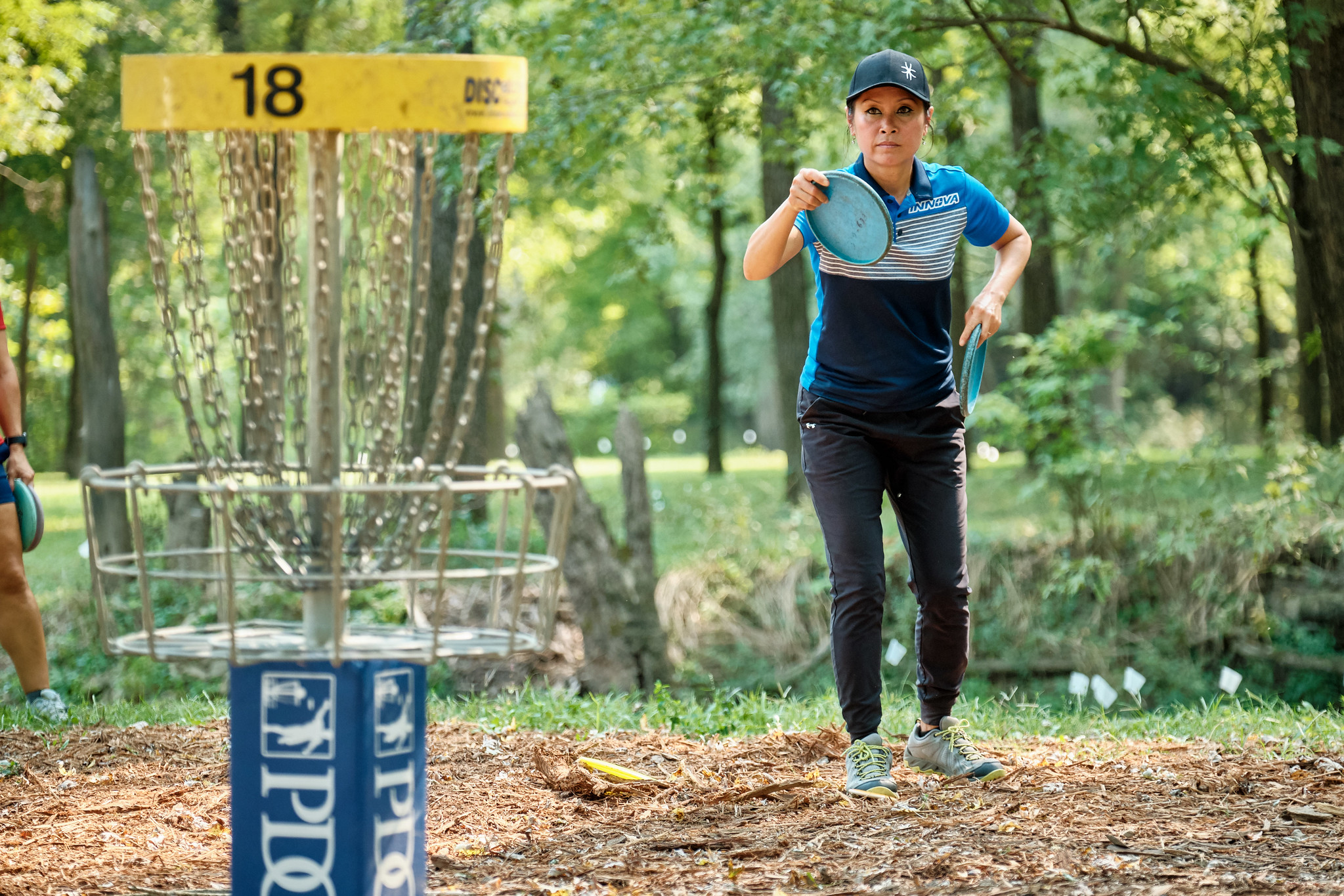 “I tried to really make myself stop and take a break,” Allen said of her crucial upshot that led to a par. “I don’t look at scores, I just knew that the way this week was going, we were tied or within a stroke. I knew it was really close.”

After Scoggins, who was pushing through a back injury with the aid of Allen and her fellow competitors, went out-of-bounds, Reading nailed the green and dropped in the birdie for a scorching 11-under round to tie things up after regulation. 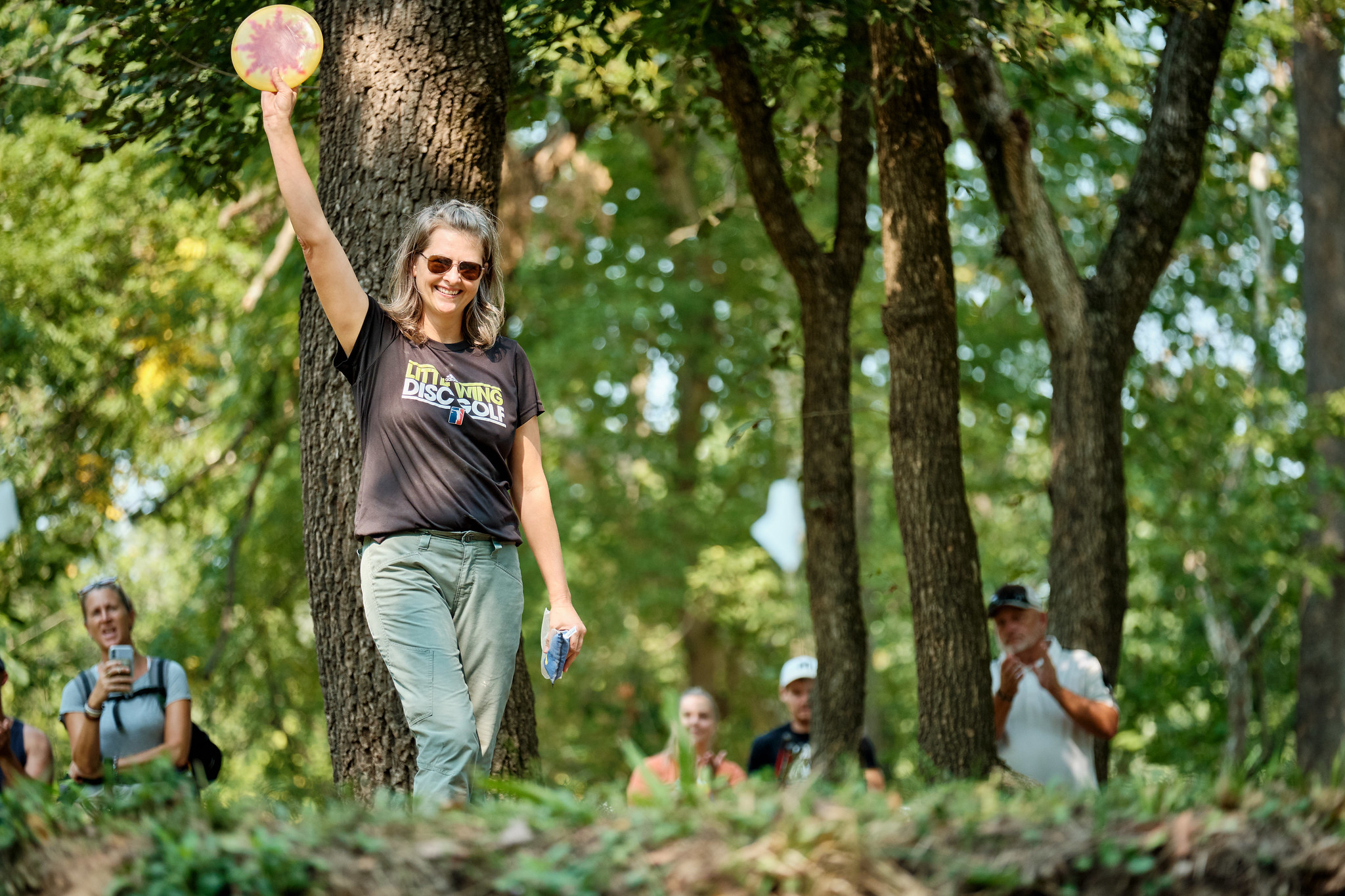 “She is one of the most consistent players that I’ve played with in my 22 years that I’ve played disc golf,” Allen said of Reading. “I never, not for one second, took Des out of it from hole 1. You can’t do that. I knew she was going to battle.”

So, they went back to hole 1, another challenging hole at Harmony Bends to determine who would take home a Major – Reading’s 14th or Allen’s first.

Just a few hours after Reading sparked her stellar round with a throw-in from a similar position, Allen watched as her putter sailed into the basket, a silent connection with no chains that led to an eruption from the crowd, including Des and Scoggins.

Reading’s attempt to match sailed just high and it was Allen adding a Major to her storied career. 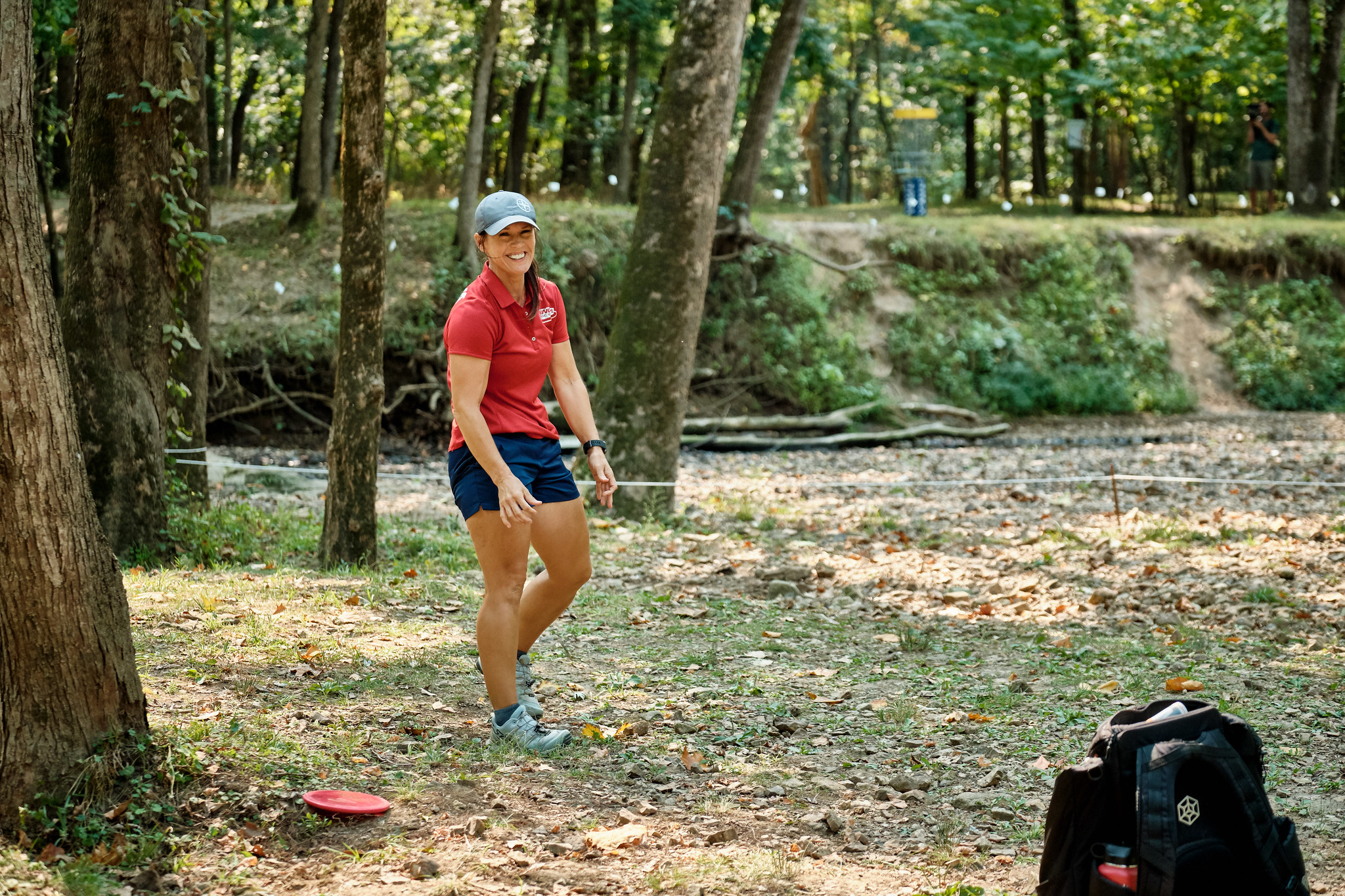 “We had just an amazing card today of women who pushed each other and wanted everyone to do our best – to let the best shot win.”