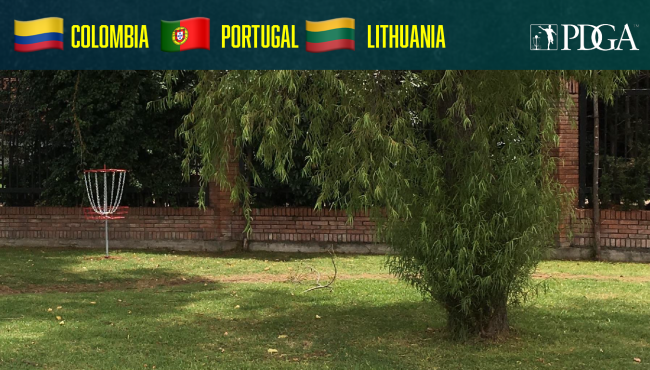 It's a common scene around the world.

Lithuania, whose affiliation was previously with the Vilnius Club in the capital city, changed its affiliation to the newly-formed national disc golf association, the Federacija Lietuvos Diskgolfo. Lithuania has been a PDGA affiliate country for 10 years.

That brings the total to 45 countries around the world where disc golf has been or is in the process of being established.

The numbers at the international level back the global growth as well.

Currently, there are over 15,000 active PDGA members outside of the United States and Canada, including just over 5,000 new members this year. The competition is growing as well with 738 PDGA sanctioned events currently on the PDGA Tour schedule, including events in Cambodia, Ethopia and Portugal.

Bruno Gravato will serve as tournament director for Portugal’s first PDGA sanctioned event — the Lisboa Open 2021 — in Amadora on July 25.

Finland and Sweden lead the way in international events with 193 and 160 tournaments scheduled, respectively, as the PDGA recently set a record with 5,000-plus sanctioned events on tap in 2021.

Earlier in 2021, the PDGA’s Marco Polo Program awarded a grant that will assist with the first permanent course in the Philippines. After planting roots in Mexico, the Paul McBeth Foundation recently announced that the next two projects will be in Santa Maria de Jesus, Guatemala and Medellin, Colombia.