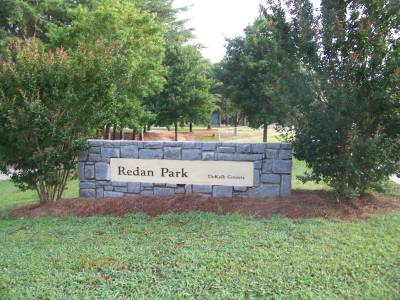 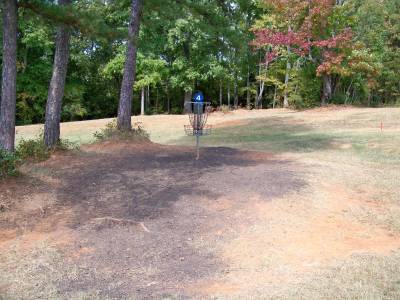 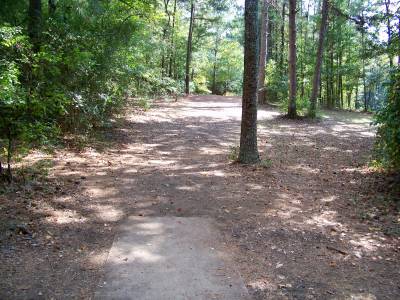 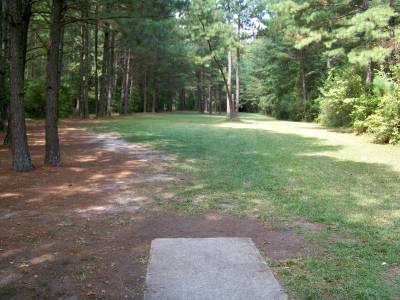 Camping: no
Facilities: no
Pay to Play: no
Handicap Accessible: no
Private: no
Tee Signs: yes 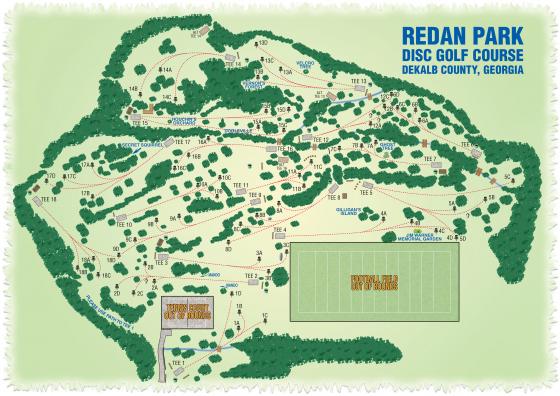 Last Friday, my wife, my brother-in-law and I were robbed at gunpoint on hole 17 by two assailants. They attempted to kidnap my wife, and after she tackled one of the thugs, they took a shot at my brother and hit my wife repeatedly with a stun gun before running away.

This is in a bad area, and no game of disc golf is worth risking your life. The police said that a couple of years ago five gunmen robbed an entire tournament, and since then, the park has been pretty empty (making it even more dangerous). Alexander Park in Lawrenceville/Snellville is awesome and safe, go there if you are looking for a comparable course.

I absolutely adore playing Rosewood at Redan. The course starts fairly open, with only a few obstructions, before delving into a nice, wooded section. In the trees you'll need some creative shot selection to be truly successful, and the multiple pin placements make every round unique.

There has been some discussion about vehicle safety in the parking areas, but using common sense should help to avoid any issues.

This is one of those courses you walk up to each hole and just drop your arms and say, "when do I get an easy one". Very technical and challenging course. Has been used for alot of events in the past so do not hesitate to try this course at least once. Its nicely shaded when the sun is 100 degree's as well. Bring your A game and touch with you.

This was the first 18 hole course I ever played. It's been around longer than most and shows it. The concrete tees are very nice, and multiple pin positions (up to 4 per hole) make for a different experience with each venture to this course. Set in a beautiful park (in a pretty rough part of town) the course is DEDICATED DISC GOLF space. A tennis court on near holes 1 & 2 but that's it. I've been playing here on occasion for about 5 years and have never had a problem with any break-ins, but others report otherwise. This course is a favorite but could really use a bit of renovation. Still, very fun to play.