The Masses in Michigan

The Masses in Michigan 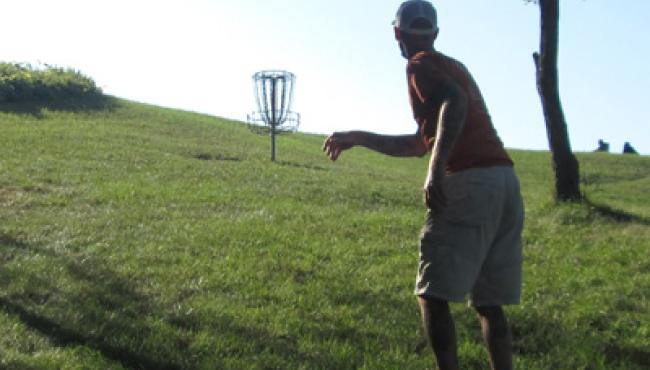 The 22nd Annual Discraft Michigan State Championships were held last weekend in Mason County, MI and spotlighted the best disc golf in the state with 440 competitors on seven courses, over two days. The tournament is the world’s largest B Tier event for the fifth consecutive year and breaks the record attendance from last year’s 397. The event has been held in Mason County and run by Tournament Director Jeff Schwass for the past 18 years.

The weekend started with a rush of people vying to earn their berth into the tourney at the Last Chance Qualifier. 140 disc golfers showed up this year and played for their chance at an opening into the big dance. A warm up doubles event and registration kept staff busy throughout the day and into late evening. The amateur pools would fill by the end of the day and lead to a late night meeting held by TD Jeff Schwass and his staff of six Assistant TDs and Course Directors to discuss the popularity of the event.

Saturday began the two day tournament with a 10am shotgun start on 6 courses. The pro field would see the brutal Leviathan black tees. When scores rolled in, it proved to be the make or break round of the weekend. Tim Barham #53332 took a three throw lead over former state champs Jamie Mosier, Geoff Bennett and new contender Jared Roan #49210. The afternoon round would take the pool to the world famous Flip City DGC where they were greeted by Course Director Chris Leo of the Motor City Chain Gang and owner Bill Mackenzie. Beautiful weather and calm winds gave the players some room to make up what they may have lost at Leviathan. Roan and perennial contender James Crawford #35837 carded 60 and 59 respectively and finished the day with a jump on the field. On Sunday, the final round was on the Goliath course at Mason County Park. Always a late round player, Jared Roan dominated this course earlier in the year with his win at the AJ Open in May and this round would be no different, as he threw a blistering 1047 rated -12 and clinched a two throw win over Tim Barham, for his first Michigan championship.

The Pro women playing the same courses had a different story. After two back and forth rounds between Discraft team member Sarah DeMar and Lori Mullen, the third round was the deciding factor. After eight holes into the final round, a player on their card dropped and DeMar would go on to card an 82 Sunday and win by only two throws. With a gallery of at least 200 on top of Beast Hole #1 (aka“Mount Discraft”), the top four pros went on to play the now customary 9 hole safari skins match as emceed by Mark Ellis. This year, the skins purse topped $1000.