Donations on the Rise as Players Take to the Tee at the St. Jude Disc Golf Charity Invitational

Donations on the Rise as Players Take to the Tee at the St. Jude Disc Golf Charity Invitational 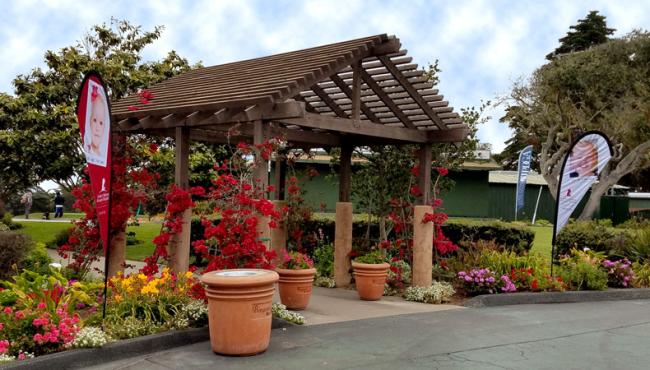 The first round of the 2nd Annual St. Jude Disc Golf Charity Invitational has begun, taking place once again on the incredibly beautiful Bayonet Golf Course in Seaside, CA. Before we break down the ins and outs of the competition, there are several people we need to thank for the work they've done in the days, weeks, and months leading up to their first throws of the weekend.

As of 8:30am PDT, the disc golf community has already raised $156,352 for the kids of St. Jude Children's Research Hospital. This would not be possible without those that have taken the time and put forth the effort to ask the world for help, bringing in donations from friends, family members, and in many cases, people they don't even know. From something as simple as sending out an email, to something as meaningful as auctioning off a personal item with sentimental value. It's all work, and it all deserves to be applauded.

Listed below are some amazing individuals that have gone above and beyond with their fundraising efforts this year, having already raised $1000 or more. For many of them, getting their totals to where they are now has been a multi-month venture.

There are hundreds of others that need to be thanked as well, whether they've raised $1 or $999. Every penny counts. All individual and team fundraisers are listed on the St. Jude Disc Golf website. Don't forget, we still have a month to go to reach our goal! Donate to your favorite player or fundraising team, or simply go to pdga.com.give to make a quick and easy gift to this amazing charitable event!

The St. Jude Disc Golf Charity Invitational takes place on what is truly one of the most beautiful golf courses on the west coast, Bayonet & Black Horse. With the Pacific Ocean as a backdrop and pristinely manicured fairways and greens, it's hard to believe we even have the opportunity to put disc golf baskets on the premises. Two temporary disc golf courses  have been installed on the grounds of the Bayonet course, leaving Black Horse open to the public for the traditional golfers of Monterey Bay.

Measuring in at 8,802' with a par of 62, the Stancil course will create a lot of challenges for the 117 amateur division competitors that will take to the tee today. Designed by some of the best minds in the game, the course provides difficult lines and risk vs. reward basket placements. 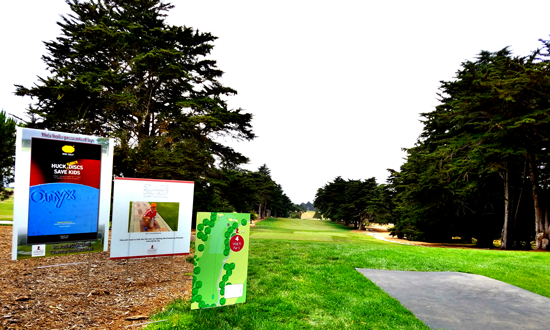 The "Steady" Ed course, originally designed by Jussi Meresmaa in 2015, is gigantic. Short tee placements have been added, but even the short layout is intimidating. The players of the Open and Open Masters divisions will be the only ones to take on the long layout, with all other pro divisions playing from the red tees. 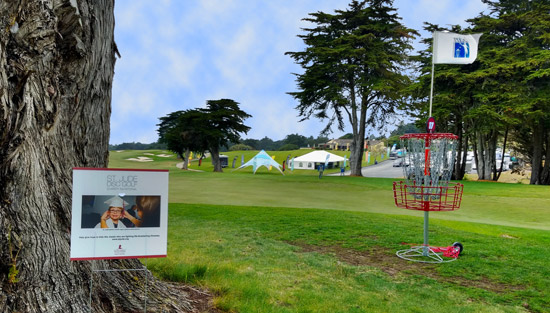 View from the basket of the "Steady" Ed's 17th hole towards the clubhouse.

There are several ways to follow along this weekend for the three days of the St. Jude Disc Golf Charity Invitational. As always, hole-by-hole scoring will be up and running each day on pdgalive.com with updates, pics, and videos coming in via @pdgalive on Twitter.

Looking for videos? The Disc Golf Show will be broadcasting live from the clubhouse later this afternoon, grabbing interviews with players and staff as they come in from their rounds. Central Coast Disc Golf is on site as well and will be filming post-production round coverage videos. No matter what links you're looking for, you can find them all on the St. Jude Disc Golf page on PDGA.com.

Updates are coming soon so make sure you're following @pdgalive on Twitter and watching the scores on pdgalive.com!