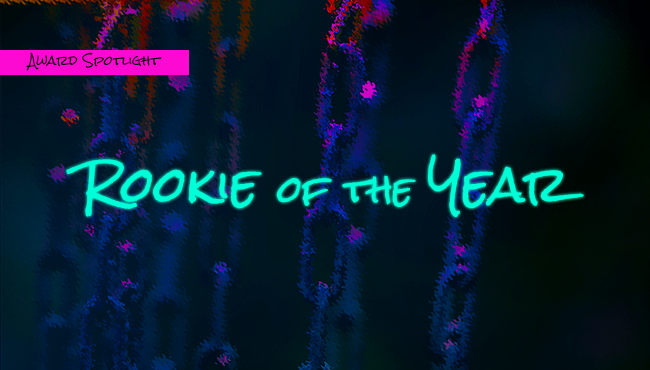 The PDGA’s recently crowned Rookies of the Year earned their honors thanks to a variety of championship traits that elevated their performances when taking on the game’s best players at majors, elite series and A-tier events.

On December 31, the PDGA recognized the 2021 honorees for Rookie of the Year in the MPO and FPO divisions – Gannon Buhr and Ella Hansen. Despite being new to the professional disc golf scene, these rookies made a big impact on disc golf’s biggest stage with their performances at a number of key tournaments vaulting them to the top.

Similar to the PDGA Player of the Year award, players earned points based on their finishing position in PDGA-sanctioned Majors, Elite Series and A-Tier events during the 2021 calendar year. However, rookies on the pro scene earn points for finishes outside of the top-ten, as illustrated in the table below. The player with the highest total by December 31 is crowned Rookie of the Year (RoY).

Note: In 2020 and 2021, National Tour and DGPT events were weighted the same. With the new partnership between the PDGA and DGPT and the consolidation of the two tours, DGPT events will now exclusively occupy that tier for points multiplier for RoY standings and will receive the established National Tour (NT) tier distinction.

How a Rookie Rises to the Top

Gannon Buhr played in 17 events in 2021, but structured his schedule to include many majors and elite series tournaments. His finishes in those events - including a top five at The Preserve Championship - helped him acquire significantly more RoY points than any other competitor, including those who played more total events and/or notched more victories in 2021. In fact, with the exception of Kade Filimoehala’s 15th place finish at the OTB Open, no other player that finished in the top 10 in RoY points earned any points at any major or elite series event.

In summary, how a rookie finishes in disc golf’s biggest events matters more than the number of events played when it comes to earning RoY honors.

The race for the 2022 PDGA Rookie of the Year officially began on January 1. Point totals are updated each Wednesday, so be sure to follow the RoY standings throughout the year.