Announcing The Official Pro Tour of the PDGA

Announcing The Official Pro Tour of the PDGA 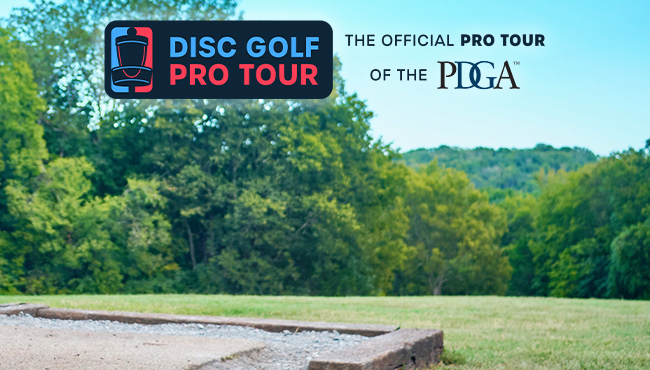 The Professional Disc Golf Association (PDGA) is pleased to announce a new partnership agreement with the Disc Golf Pro Tour (DGPT) beginning in 2022.

Under the new agreement, the PDGA National Tour and DGPT Elite Series will be merged into a single cohesive tour - The Disc Golf Pro Tour: “The Official Pro Tour of the PDGA.” This marks the start of a potent partnership that will further amplify the growth of elite professional disc golf. 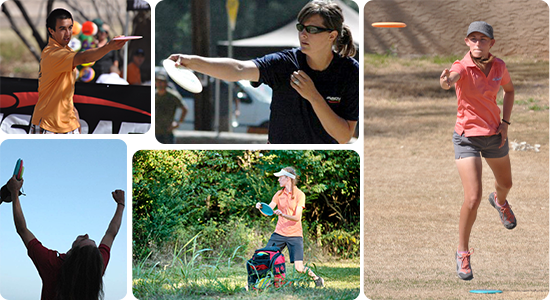 Over the past 18 years, the PDGA has allocated resources, staff, and volunteers, developed rules and competition standards, and provided the technical backbone that made a pro tour possible, starting with the National Tour (NT) in 2003. In 2016, the DGPT created a new premier tour, elevating the top tier of the game to a new level. The PDGA has been in discussions with the DGPT for more than five years to ensure that this partnership creates the best possible outcomes for the PDGA and our members as well as the DGPT.

Mike Downes, Director of Operations for the PDGA, notes that this relationship will have profound impacts for disc golf, from top-tier touring professionals to the weekend warriors participating in local sanctioned leagues and regional tournaments.

“DGPT will have the opportunity to continue to grow the prestige and visibility of the elite touring professionals, bringing new pros on the scene and new fans into the sport,” said Downes. “Meanwhile, the PDGA is committed to furthering event and tournament director support to enrich the tournament experience for athletes competing in everything from PDGA sanctioned leagues up to premier events like our PDGA World Championships.”

“The PDGA’s support has allowed the DGPT to grow and thrive, period. Our experience working with Joe Chargualaf, Mike Downes, and the PDGA staff has been entirely supportive,” said DGPT CEO & Director Jeff Spring. “Since the very start, the PDGA has encouraged us, worked collaboratively with us, and strived towards this moment as a partner. I’m extremely proud to be taking this monumental step forward with them as meaningful partners to usher in the true new age of professional disc golf.”

As part of the deal, the PDGA will gain a minority ownership stake in DGPT, which remains independent, with Todd Rainwater as the majority owner. The agreement will also secure new member benefits including an exclusive new subscription tier on the Disc Golf Network (DGN) just for PDGA members. For the 2022 season, all current PDGA members will receive free, live DGN coverage of select events, including:

PDGA members will also get a 50% discount on a Disc Golf Network Subscription – a $60 annual value, adding to a long list of PDGA membership benefits that includes $10-off registration fees at PDGA sanctioned events, a quarterly subscription to Disc Golfer Magazine, and the value of being part of an organization that stewards and grows the game.

Beyond the additional membership benefits, the agreement enables the PDGA to allocate more time and resources into the seven PDGA-owned major events, including the four PDGA World Championships and the Champions Cup, a new PDGA pro major set to debut in April 2022. The PDGA will also increase efforts on core initiatives such as international growth, enhancing league and affiliate club programs, introducing disc golf into school systems, providing oversight of rules and competition standards, and the overall promotion and growth of the sport.

“The PDGA will continue to sanction and support the major tournaments that define the pinnacle of disc golf,” said Joe Chargualaf, Executive Director of the PDGA. “The PDGA represents the foundation of the sport and is the caretaker of its history. As the governing body, we are committed to preserving the sport’s storied past while continuing to build for the future. This partnership enables both organizations to come together to do just that.” Chargualaf continued, “It’s been an absolute pleasure working closely with Todd and Jeff over the past few years to finally get to this point, and we are confident now is the time to make this happen. We couldn’t ask for better partners in which to entrust this important part of our mission.”

A new era for disc golf begins in 2022. Stay tuned to PDGA.com for all the latest news and information as it develops.

We've needed a unified Tour for far longer than this and I'm glad it will become a reality (I also hope that the 'profound impacts' on the weekend warriors is to permanently marginalize them into city leagues with absolutely no cash component).

We need very high standards for competition of this sort, and it's sad that the partnership has to be with Rainwater and Spring, whose horrifying vision of wide open bomber courses on ball golf courses has begun to ruin the game (apologies to Jerm for saying this would be the future, as this would be horrible for disc golf).

The standard should be that A Tier is now the Pro tier and that players should be required to be at least 985 rated to compete (which is still 6 shots a round worse than the best players in the world). Women perhaps at 935.

Everyone else is an amateur playing local leagues run through cities rather than pro shops and various other arms of the PDGA.

B Tier would then become the state tours and no levels below that would ever exist again (and while many state tours have around 10 events, this should be expanded to 15 or 20 to fill the gap created by keeping players below 985 off the real pro tour).

That way state tours can serve the function of things like minor league baseball, the G League, and even the Nike and other minor ball golf tours. It will give the players a chance to build up to 985 level before being allowed to play pro. These B Tier events should also feature ONLY players playing Open for cash and have no Ams playing.

And I'd probably set the bar at 950 for B Tier men and 900 for B Tier women to play state pro tours.

Anyone rated under those figures for men and women are amateurs.
And the PDGA should now divest itself completely of any involvement in anything other than the A and B Tier organizations I've just mentioned.

We don't need tournaments for players below those skill levels (950 men and 900 women). Or age related amateur events, which should be eliminated completely (though there should still be A and B Tier Pro age protected categories and events with their own high standards for entry, and we should bump Master's back to 35 and put all protected ranges on the 5s to correct for our 10 based bias in life).

Time to finally put the P in PDGA after all these years and break with amateur sports completely (and yes, players can establish ratings through leagues and if there are open spots for State Tour or PDGA Tour events that are coming around, there could be Monday regional and local qualifiers, just like on the PGA Tour).

There are so many bad takes in this comment that I don’t even know where to start. I guess I’ll just ask the obvious question…. Who hurt you?

This is perhaps, in its context, the most elitist thing I have ever read on the internet in 25 years. Seems to be the exact opposite of what the PDGA and the disc golf community is supposed to be about. Apparently, you have no idea why we play.

You're not even a current member of the PDGA, let alone hold a Professional status...which completely invalidates your arguing the point. The word "ignoramus" comes to mind. When Ricky or Paul or James or Jennifer (Allen OR Korver or the many other pros named as such) or Cat Allen or Scott Stokely or Ken Climo weigh in, I'll listen and take that with some serious thought.

Sell your gear and get out of the game if you dislike it so much. I would hate to be in a league or on a card with you, the antithesis of what playing this sport is all about.

So to make our sport better you would force several Million Disc Golfers into leagues and events they don't want to play? HAHA good luck! This is one of the most hateful visions of Disc golf I have ever heard. I am very happy that you are not in charge, your ideas would ruin the sport I have loved for 20 years. Cheers!

is spike hyzers commenting on just pro tour events? what about all the age protected divisions? they don't get pro events in their country?

In my opinion, this partnership is going to be awesome for the sport of disc golf. I have only known Todd for a few years now and the very first time that I met this man, his passion for the sport was and is 2nd to none. I firmly believe, even with Todd as a business man, his passion played a part in the development of this partnership that will be the good for all of us out here in DG land. Promote, Educate, Grow the Sport and Lets Go Throw!!! A huge thank you to all the hard work and efforts each of you do to make this sport 2nd to none for Pro and Amateur Disc Golfers. Thank you.

No matter who says what, common sense dictates that the grass roots of disc golf will not change. People wouldn't stand for it. What makes disc golf great is that anyone can pick up a disc and head to the local course and play. Heck, same goes for Basketball for that matter. From there it is up to that person. You're not going to have to pass a test first and get a license to play. That said, the top level of Disc Golf will evolve and grow to be more like the top level of other sports and it behooves the top players to support that. After all, once the real big sponsor money steps in they could start to see some massive paydays.