"PoY" is one of several annual PDGA honors 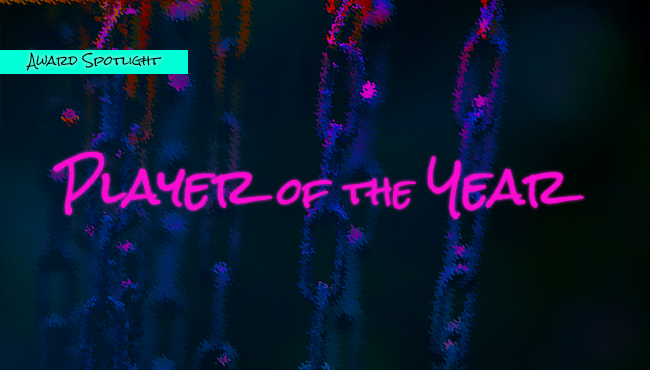 This is the first article in a weekly series that will highlight all the PDGA annual awards.

The reigning PDGA Players of the Year earned their distinction in 2021 through elite performance, a tenacious will to compete, and persistence in their Elite Series schedule. To become the PDGA Player of the Year, one needs to leverage all of those “champion’s characteristics” to earn disc golf’s highest annual honor.

In case you missed it, the PDGA crowned Ricky Wysocki and Catrina Allen as the 2021 PDGA Players of the Year on December 31. Signature wins at Elite Series events, including a second FPO world title for Allen, vaulted the pair to their respective honors.

But are wins the defining variable to earning Player of the Year honors? Not entirely.

Players earn points for their finishes at PDGA sanctioned events throughout the calendar year. The player with the highest total by December 31 is crowned Player of the Year (PoY). Points are earned by players competing in their respective open divisions and finishing in the top 10 at PDGA Majors and Disc Golf Pro Tour events as well as finishing in the top three at PDGA A-Tiers

Note: In 2020 and 2021, National Tour and DGPT events were weighted the same. With the new partnership between the PDGA and DGPT and the consolidation of the two tours, DGPT events will now exclusively occupy that tier for points multiplier for PoY standings and will receive the established National Tour (NT) tier distinction.

2021 Player of the Year Points System

How a Champion Wins

High-level play at high-level events coupled with a dedication to a premier touring schedule defines the PDGA Player of the Year.

The race for the 2022 PDGA Player of the Year officially kicked off on January 1. Standings update weekly on Wednesdays, so be sure to come back to the PoY page to see the newest leader.