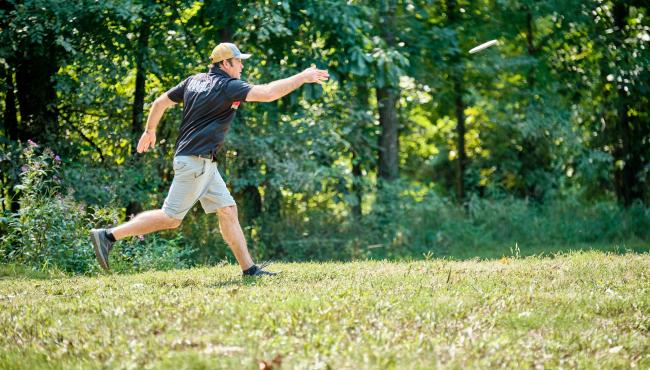 Things got off to a hot start on Thursday in Columbia, Missouri.

David Feldberg set a course record at Harmony Bends to highlight a day where the leaders established themselves early as the 2021 PDGA Tim Selinske U.S. Masters Championships presented by Innova got underway.

But even with the strong starts throughout the 358-player, 22-division tournament, the battles for a PDGA Major title are super tight.

Seventeen of the 22 divisions are separated by three strokes or less.

Taking on the blue tees at the crown jewel of the four courses in play in the CoMo area, Feldberg made easy work of the demanding and daunting track, firing off a 10-under 58 to set a new course record for the blue tees at Harmony Bends. The round, which checks in with an unofficial 1051 rating, propelled Feldberg to a three-under lead to start the 11th annual Selinske event with the only bogey-free round in MP40. 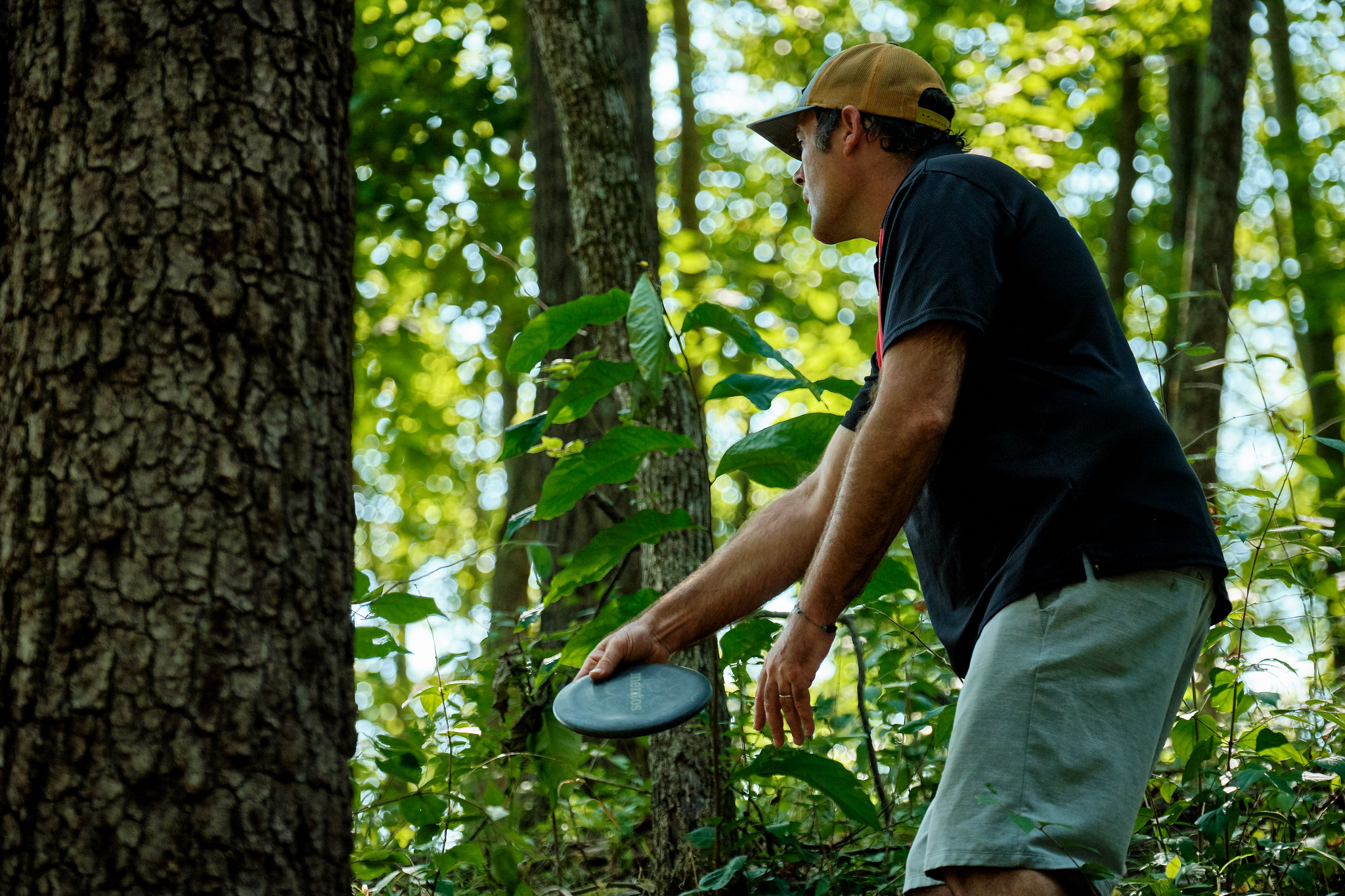 It was a course record opening round for David Feldberg on Thursday. Photo: Kevin Huver / PDGA

“I’ve never played here in a competition round and played one practice round so I didn’t know what to expect,” Feldberg said. “But I started with a 100-foot throw-in then made an 80-footer on the third hole and a 50-footer on the fifth. Things started to go good. I slowed down at the end and protected it because I saw that it was a good score.” 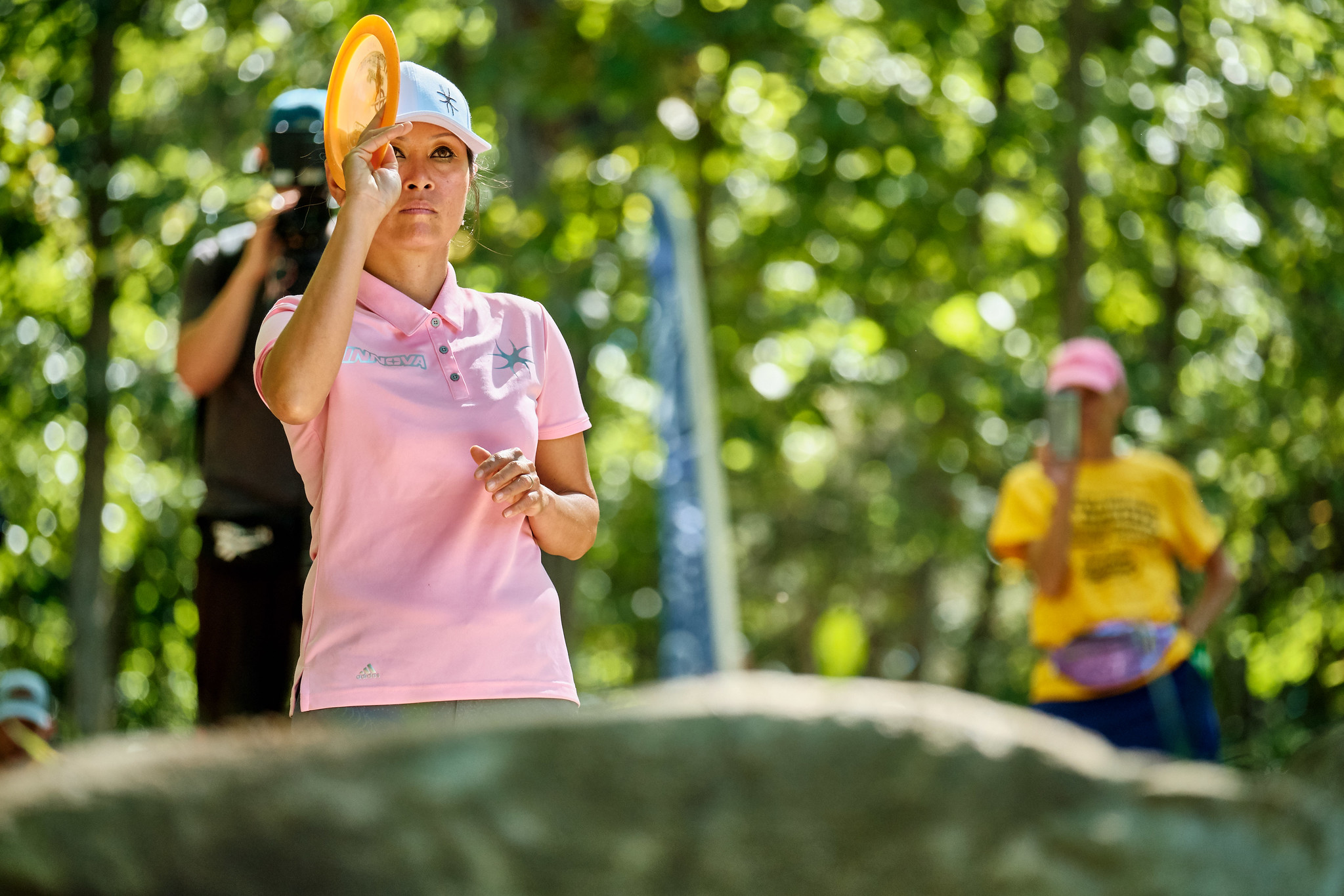 In the FP40 field, the top four players went low from the red tees at Harmony Bends, led by a 9-under round from Ohn Scoggins. Three players – Jennifer Allen, Des Reading and Melinda Ring – followed one stroke back with 8-under rounds of 60.

Patrick Brown kept stacking them up at The Dam Course in Jefferson City, finishing with a 12-under 51 to open a three-stroke lead in MP50. Brown capped off his bogey-free trek in the capital city with an eagle three on the 789-foot 18th.

“I'm happy with my start,” Brown said. “I felt good about what I picked to throw. There are some spots where you can get in a lot of trouble and I saw that happen with other people so I'm glad that I kept it mellow, kept it unscathed and got an eagle at the end.” 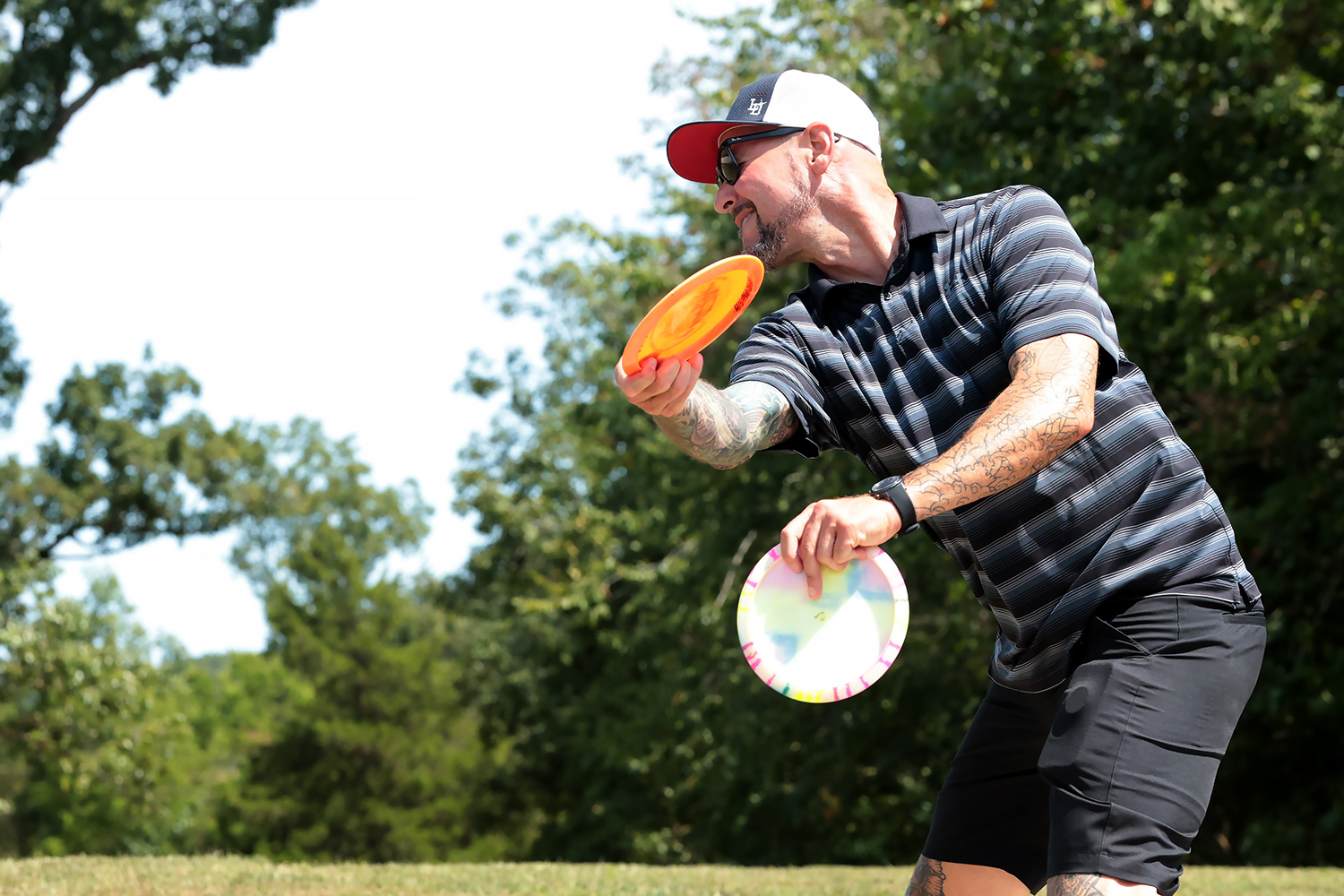 In FP50, Nova Politte kept it clean on the back nine to grab a one-stroke lead with a 4-under 64.

Here’s a look at what went down in Columbia on Thursday:

Check out the schedule for the second round of the 2021 PDGA Tim Selinske U.S. Masters Championships »