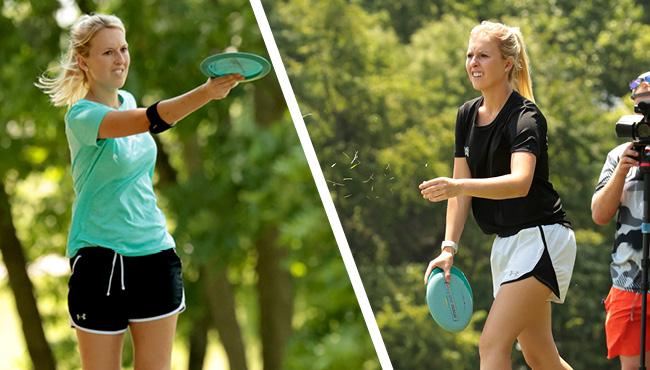 In what appears to be a first in PDGA Major history, twin sisters are leading the field at a World Championship.

Morgan and Jordan Lynds (PDGA #176242 and #176243 respectively) of Palm City, Florida, USA are splitting the FA1 lead going into round three at Am Worlds. 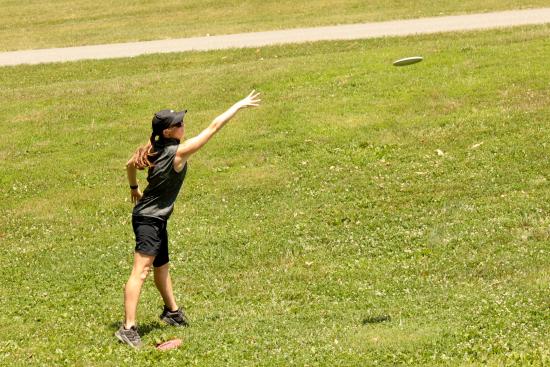 Hannah Lengel from Winona Lake, IN, USA follows through for a long putt during round two. Photo: PDGA Media / Conrad Meyer

Round two at Prides Creek Park provided plenty of scoring opportunities for the FA1 field, giving Morgan Lynds the opportunity to shoot the seven-under hot round, to vault herself from fifth to tied for first.

Meanwhile, sister Jordan along with Kelley Foster of Allentown, PA, USA shot the next-best scores with 937-rated four-unders. Foster was able to complete the Prides Creek track with only a single bogey, the only FA1 competitor to do so on Wednesday. The solid performance boosted Foster from tied for 38th place to tied for 8th and a promotion to chase card for Thursday. 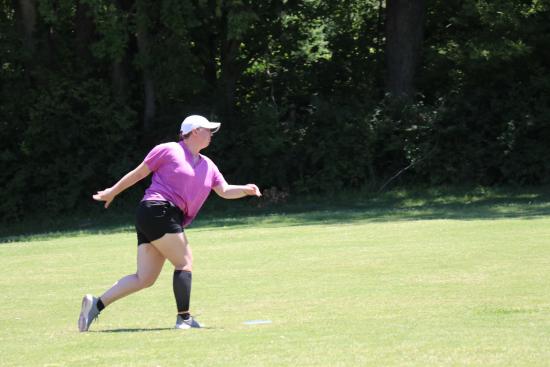 Green Bay, Wisconsin’s Megan Morris carded the only eagle of the tournament so far for the FA1 field with a throw-in on the 519-foot par four first hole at Prides Creek Park.

Long putts and clean drives kept the competition moving for the FA1 lead card. On hole 11, the card greeted the 237-foot par three with a park job from Shiru Liu and a long putt from Cadence Burge. The duo will join the Lynds sisters for a lead card battle during round three. 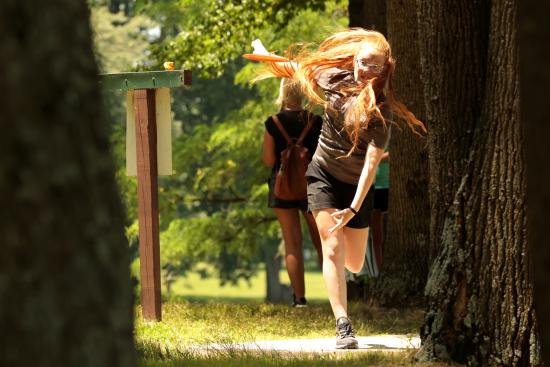 Cadence Burge sends a drive during round two at Am Worlds. Photo: PDGA Media / Conrad Meyer

When you achieve the lofty goal of making a lead card at a PDGA Major – assuming you do so before the final round – you instantly assign yourself a new goal.

You resolve to stay on the lead card.

During a volatile day in which the leaderboard recorded players moving up – or down – as many as 50-plus positions, just one player will play in the final grouping of the day for a second time in the tournament when round three begins on Thursday. 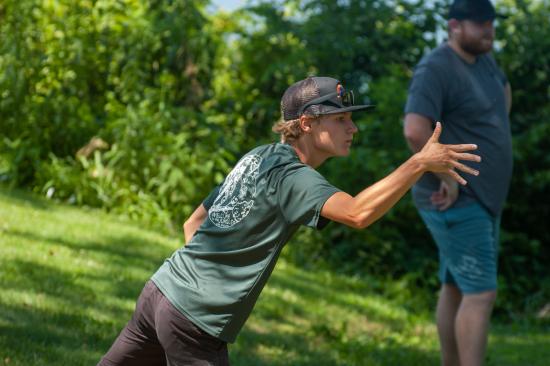 Paul Krans followed up an opening round 7-under par effort – shot at the Princeton Country Club – with a 10-under loop of the Mesker Park Hybrid Course.

Mathew Helms is two-strokes behind, after shooting the only round that bested Krans’ at Mesker Park – an 11-under effort. Helms sits at 15-under-par for the championship.

Aiden Scott and Austen Bates are tied in third place at 11-under-par. Scott enjoyed time on the lead card in the 2021 Amateur World Championships and will apply those lessons learned beginning Thursday. 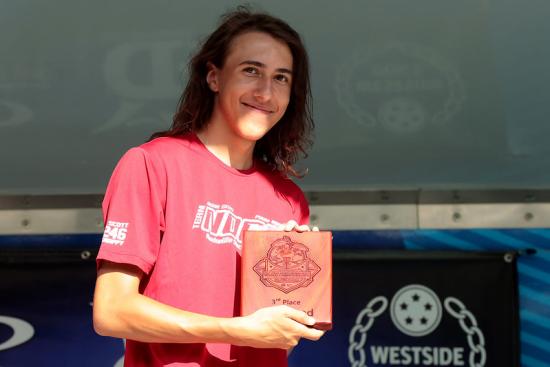 Aiden Scott looks to improve on his third place finish at the 2021 PDGA Am Worlds this week in Indiana. Photo: PDGA Media / Conrad Meyer

The MA1 “A” and “B” pools have been reshuffled with the top portion of the field moving to Prides Creek Park for round three. The balance of the division will repeat the Mesker Park layout. The pools will swap venues for Friday’s round before the cut reduces the field to the top 20% for the final round on Saturday.

Grant Zellner and Jennie Weigand contributed to this article.