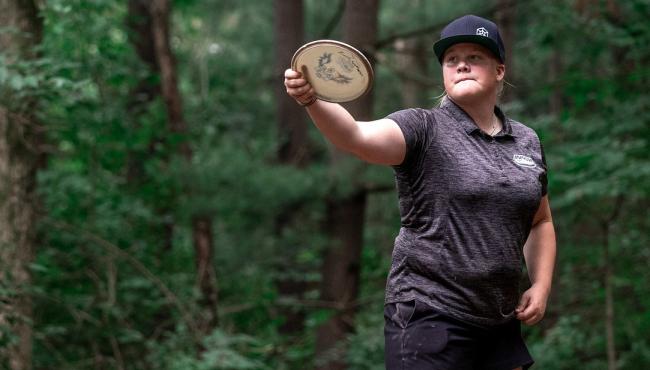 Once upon a time Finland was a quiet little disc golf backwater with few courses and players. Back then Sweden and Germany were the established power houses — they still are — meanwhile the Finns were biding their time. They exploded onto the scene at the 2011 Santa Cruz Pro Worlds. I was there and saw it happen on a sunny summer afternoon. A young, rosy-cheeked Seppo Paju launched his Champion Glow Firebird 400 feet off the crowded boardwalk pier; it smashed chains set up on the beach and set off a celebration. TD Tom Schott handed Seppo a check for $500. His fellow Finns hoisted him aloft and carried him off the pier to much cheering and jubilation. Since then the Finns have become an unstoppable disc golf juggernaut. I was curious: How are they doing it? Here’s how.

1: Disc Golf as a Competitive Discipline

When the legendary Finnish disc golfer Timo Pursio (top-10 finisher in the USDGC, 10x Finnish Champion, top-15 World Ranking) was at his peak in the early 2000s, he was interviewed on Finnish television’s Morning Show. The segment was titled: “Grown-up man with toys”. Back then disc golf was seen as a goofy alternative to serious sports, somewhere in the ranks of rubber boot tossing, fife carrying and swamp soccer.

That is not the case any longer. Today disc golf in Finland is a competitive sport, with big tournaments attracting huge crowds. There is a real fan culture and the best players have a big following. Kids now see disc golf as a dream job and as an actual career opportunity.

The change happened gradually after 2005 when Jussi Meresmaa organized The European Championship in Disc Golf in Tampere. The final nine of that tournament was shown on Finnish national television, and for the first time disc golf was covered as a sport instead of a pastime activity. That was huge, but since then everything has just gotten bigger and better.

The Finnish Disc Golf Association (FDGA) has promoted disc golf as a professional competitive sport for two decades by taking step after step along with other established sports. A lot of effort has gone into ensuring quality at all tournaments from national championships all the way to local C-tiers. All official tournaments in Finland are sanctioned by the FDGA and by the PDGA, and all players require a national license (which includes a PDGA membership.) 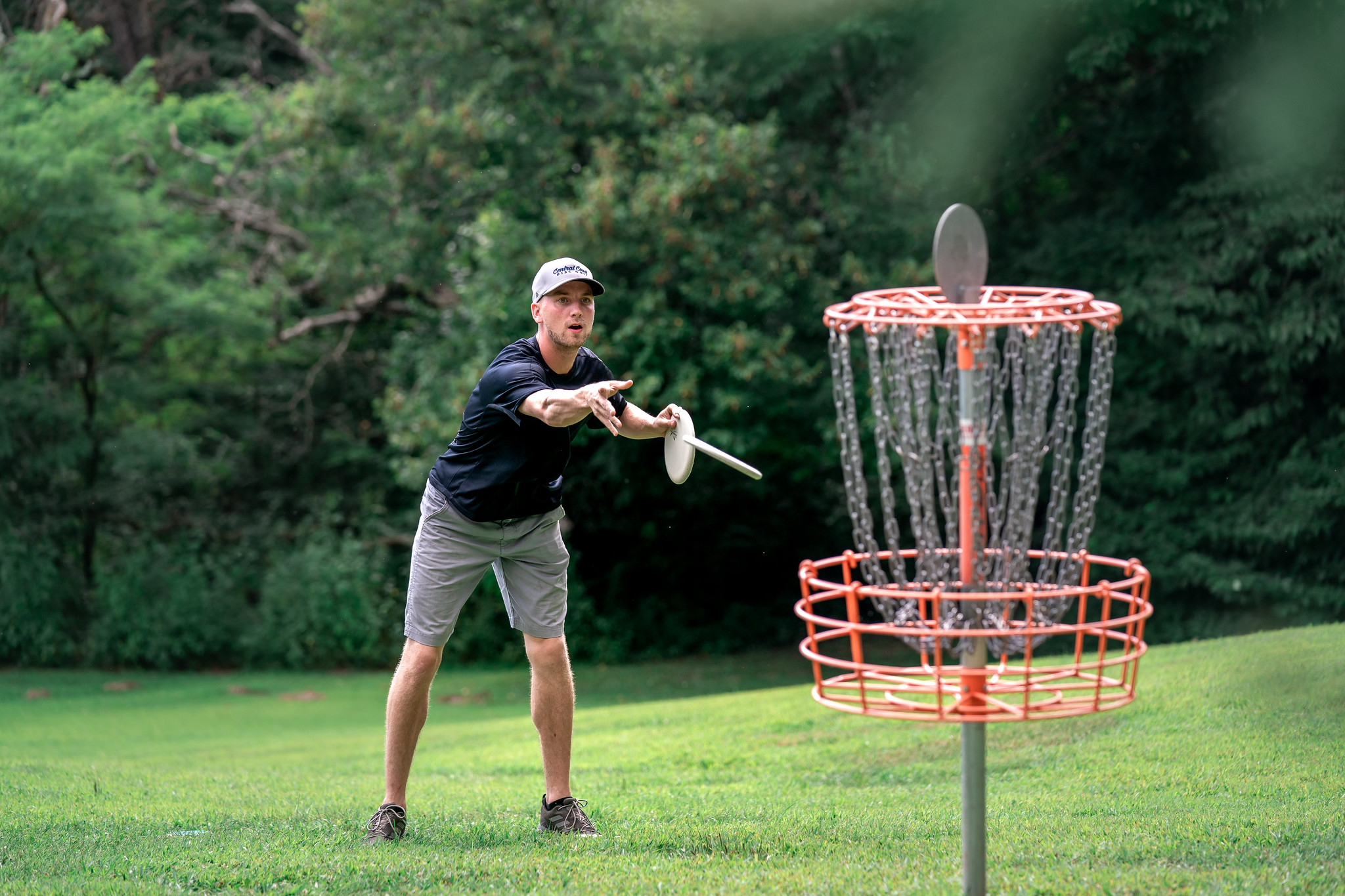 Seppo Paju burst onto the scene in 2011 and has been a mainstay in disc golf around the world since then. Photo: Alyssa Van Lanen

There is a culture of throwing things in Finland. Javelin is the de facto national sport with 22 Olympic medals, and the actual national sport “pesäpallo” is a bat sport resembling baseball.

If you can throw an object, give it to a Finn and he’ll make it into a sport. Throw a rubber boot, toilet paper roll or cell phone and you’ll have an official taking results in no time. It’s true: take Finnish pro disc golfer Ville Piippo. He has thrown a Nokia cell phone 300 feet (90 meters).

So throwing discs a long way suits the Finnish mentality as it combines raw power and tracking objects flying in the air for as long as possible. That’s also why Finnish disc golfers are so good off the tee pad. Too bad the culture of rattling chains is not as deeply rooted — yet.

3. Forests and Courses are Close to People

“Finland lives off the forest” was a pretty accurate and widely-used proverb back when the closure of paper factories wasn’t yet a thing. In a country roughly the size of New Mexico, there are about 520 million acres of forest. That is 10 acres of forest for each Finn. You can easily fit a 9-hole course in that.

The land really is covered with trees, and the woods are never far away. Neither are the disc golf courses. In fact, in a survey conducted by the Research Institute for Olympic Sports, the average distance people traveled to a course is 2.3 miles. All you need is a bicycle or two legs.

Finland has over 800 disc golf courses. Of the 310 municipalities of Finland, only 10 lack at least a 9-hole course, which makes it so very easy for players and especially junior-aged players to have access to the local courses.

And do we like the woods? It’s not long since the last Finns climbed down from the trees, and it shows. The forest is a natural setting for Finns, a place for isolating, picking wild berries, or just roaming alone. But disc golf brings another dimension to that by gathering people together, around a common activity. You’d be surprised to find out, that with a good facilitator like a shared favorite sport, Finns are actually pretty talkative.

By the way, Finnish forests are perfectly safe. There are no dangerous animals, venomous snakes or insects whatsoever. Unless you decide to dress as a moose in the middle of the hunting season, forests are probably the safest place to spend time around here. 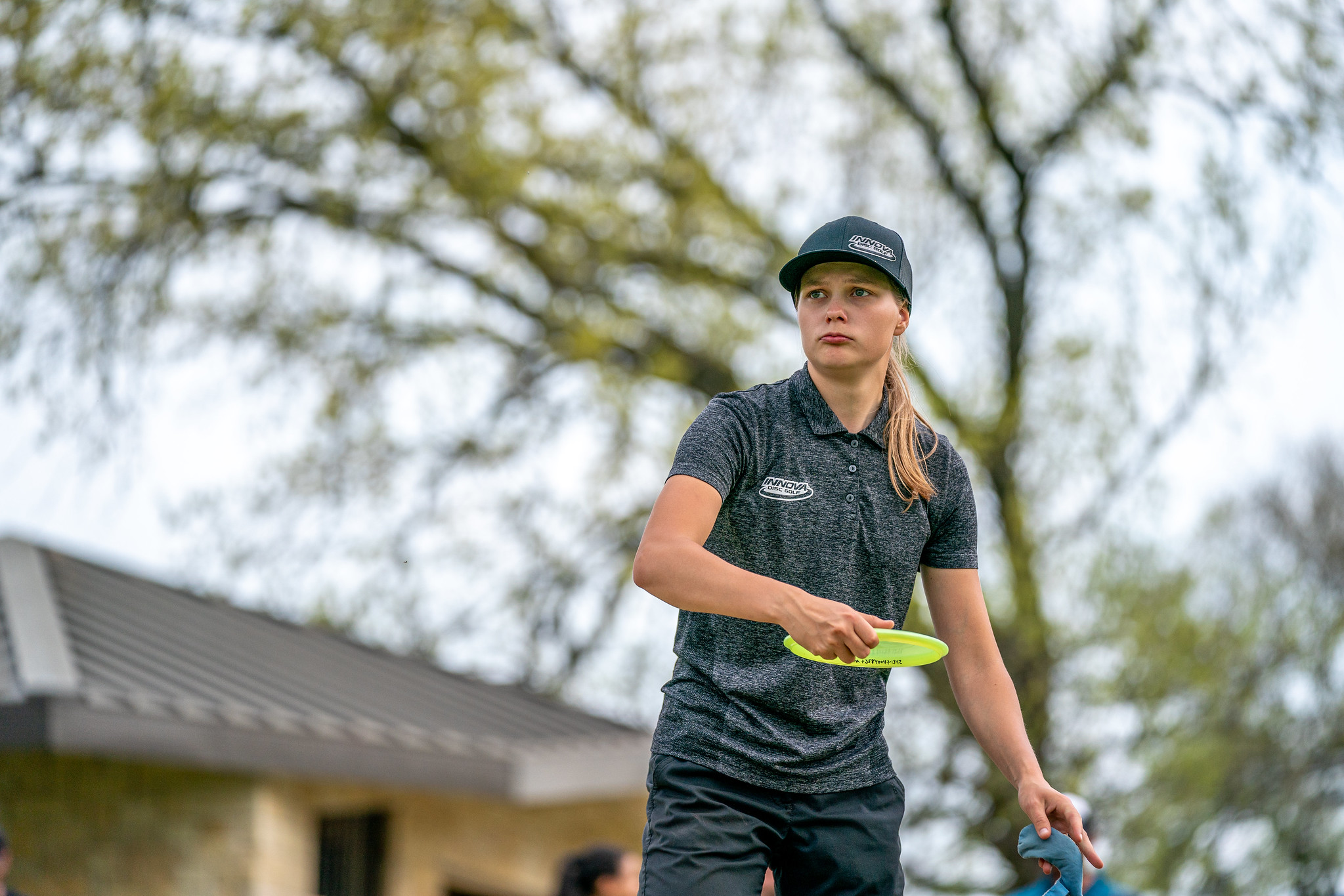 Henna Blomroos tees off during the 2020 Waco Annual Charity Open. Blomroos had three top-three finishes stateside and didn't finish out of the top five in any event in 2020. Photo: Alyssa Van Lanen / DGPT

Over the last decade, the best Finnish disc golfers like Jussi Meresmaa and Seppo Paju have appeared regularly in the media for their success, making disc golf known all over the country as a sport we Finns excel at. It makes us feel a little better about being a small country.

Where there is a Finnish success story, there is a reporter. Finns just love to read about their fellow countrymen’s victories overseas, no matter if it’s a Finnish comedian interviewed for a local morning show at 5 a.m. somewhere we didn’t even know existed, or some American rapper wearing a hoodie made by a Finnish designer. Whenever there is a good story, everyone sees it.

5. Disc Golf as a Municipal Service

Sports services are a part of local government’s duties and activities in Finland. The cities encourage their residents to stay healthy by building and maintaining sports facilities, including disc golf courses.

Municipal sports services around the country work in close cooperation with local disc golf clubs and manufacturers to provide high-level courses free of charge to everyone. Cities also compete with each other over who has the best courses, or more of them. Many cities use disc golf prominently as an attraction on their tourism info, as we have seen with Åland and their excellent island branding.

Finnish Schools on the Move is a national action program, which includes 90 percent of all comprehensive schools. This program promotes physical activity and by introducing various new and exciting activities. Naturally, disc golf is a popular one.

Dozens of courses have been built and hundreds of baskets installed near schools, and disc golf is now regularly a part of the sports curricula in most schools. This means that thousands of school children are exposed to disc golf and have an opportunity to play at school.

Some schools take disc golf even more seriously with regular coaching and school competitions. There is even a sports high school where you can specialize in disc golf with a full athletic training program.

Any phenomenon needs a prime mover. The Finnish disc golf scene would definitely not be what it is without Jussi Meresmaa and his vision. He was essential in boosting the exponential growth of the sport by designing several of the landmark courses in Finland, importing equipment and creating a turnkey course product. And of course he is the mastermind behind the European Open.

Jussi is a trailblazer and has been followed by a number of other Finnish companies manufacturing, distributing, designing and building disc golf equipment and infrastructure, hosting tournaments and producing disc golf media. Today, there is a whole industry of disc golf businesses in Finland, and disc golf products are available virtually everywhere.

I remember Jussi envisioning back in 2010 that “there will be a disc golf course in every city in Finland.” Now that it is 97 percent completed, I asked Jussi for an updated vision and he said the next step is to build more championship level courses and complexes.

The aforementioned nationwide sports study from 2018 showed that 263,000 Finns played disc golf at least once in the past year. That is about 5 percent of the entire population of the nation. But that was another world back then. How has disc golf fared in the age of the coronavirus?

During the year of lockdowns, indoor sports especially took a hit, but disc golf did not. In fact, all numbers are pointing to an unprecedented surge in the number of players, both casual and competitive. Finnish PDGA memberships are up 5 percent, FDGA membership is up 15 percent and the number of juniors is up a staggering 60%. Courses are full of beginners, disc shelves are empty at all the stores and there seems to be a basket on every other front lawn.

So if the 2018 study were to be conducted today, it would probably show that fully 10 percent of my fellow Finns have picked up a disc in 2020. We are all hoping for a complete season in 2021, but in the meantime, the courses remain full with the vibrant colors of fall. Finns don’t shy away from chilly weather, so disc golf is always in season and only slows down a bit when there is no daylight. In fact, there are courses and tournaments that exclusively play in the winter. And of course there are plenty of indoor training opportunities for competitive players.

We hope this article has provided some ideas on why Finland is a disc golf hotbed. There are many other possible contributing factors we weren’t sure of, or don’t even know about. But one thing is certain — we’re just getting started...

PDGA Finland Coordinator Tapani Aulu #44389 holds leadership positions in the FDGA, EDGF, PDGA and two local clubs. He has thrown discs in 20 countries, but always enjoys playing on is home turf. There are 23 courses within 10 miles of his house.

Journalist Jaani Länsiö #28833 was introduced to disc golf as a teenager in the year 2000. Since then he has toured both Finland and abroad, been a member of the board of the Finnish Disc Golf Association, organized local events and designed courses.

I remember competing at the Tali Open 2014, a EuroTour event.
Back in my hotel room, I watched the YLE (national tv) evening news. When they got to the sports, the event got covered, including a soundbite. I think I remember they led with Kimi Räikkönen (F1), then disc golf, and then other sports.

I already knew disc golf was big in Finland then, but had no clue that it was "unsolicited national tv evening news big".

Funny or not, but we played Russian Nationals in Tali in 2012. Few players, but on the best course. So, that was a time when I've been completely hooked up.