Offers glimpse of a return to normalcy and lots of big-time disc golf events. 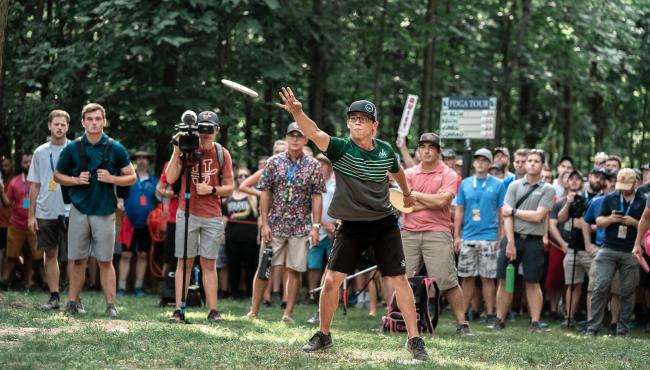 Don’t it always seem to go, that you don’t know what you’ve got til it’s gone? Photo: Alyssa Van Lanen

When the disc golf history books are written, 2020 may be looked back upon as the lost year; at least—that is—at the very highest levels of the sport.

Yes, there have been incredible moments. The Disc Golf Pro Tour stepped-up and carried professional disc golf through its dark period, forging ahead with a tour that—when all is said and done—will have produced eleven world-class events under the most difficult of circumstances. And 2020's lone PDGA Major will actually be two major events packed into one as the United States Disc Golf Championships combines with the Women’s National Championship for an epic end of the year blowout at Winthrop, Oct. 7-10.

But it can be easy to lose sight of all that was lost. During the spring, as everyone’s lives—along with the disc golf tour—were grinding to a halt, there was still hope for the return of the season that had been planned. Those hopes were slowly dashed over the course of several excruciating weeks as more events announced postponements and cancellations until early June, when the entire PDGA National Tour and all PDGA World Championships were officially postponed until 2021.

The 2021 PDGA Elite Series, Euro Tour and Majors schedule offers a glimpse of a return to normalcy as the list of big-time events stretches from one end of the calendar to the other, beginning with the DGPT – Las Vegas Challenge, Feb. 25-28 in Las Vegas, Nevada, and ending with the DGPT Championship, Oct. 14-17, in Charlotte, North Carolina. In-between lie six National Tour events, another ten DGPT Elite Series tour events, seven Euro Tour events and ten PDGA Majors headlined by four World Championships. 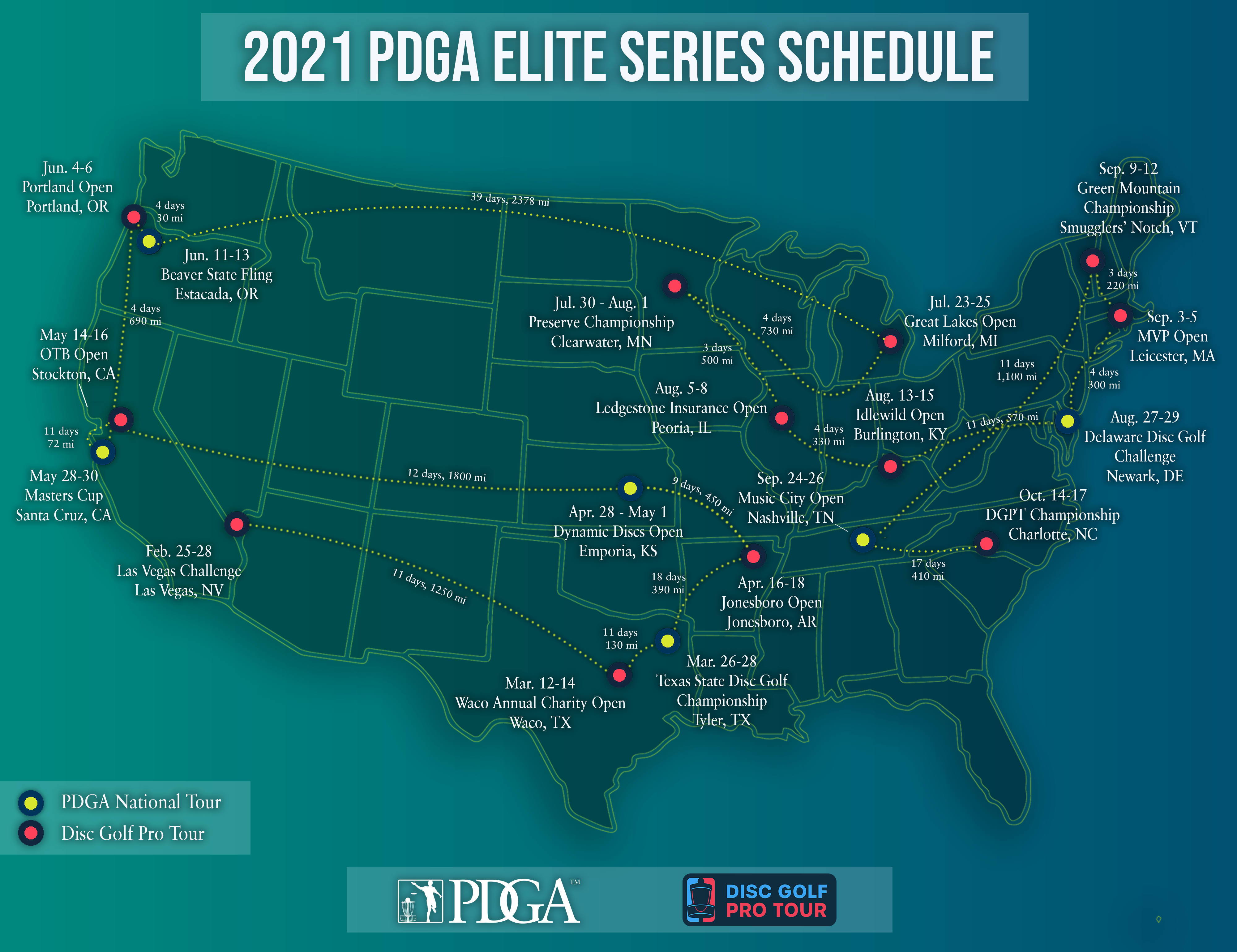 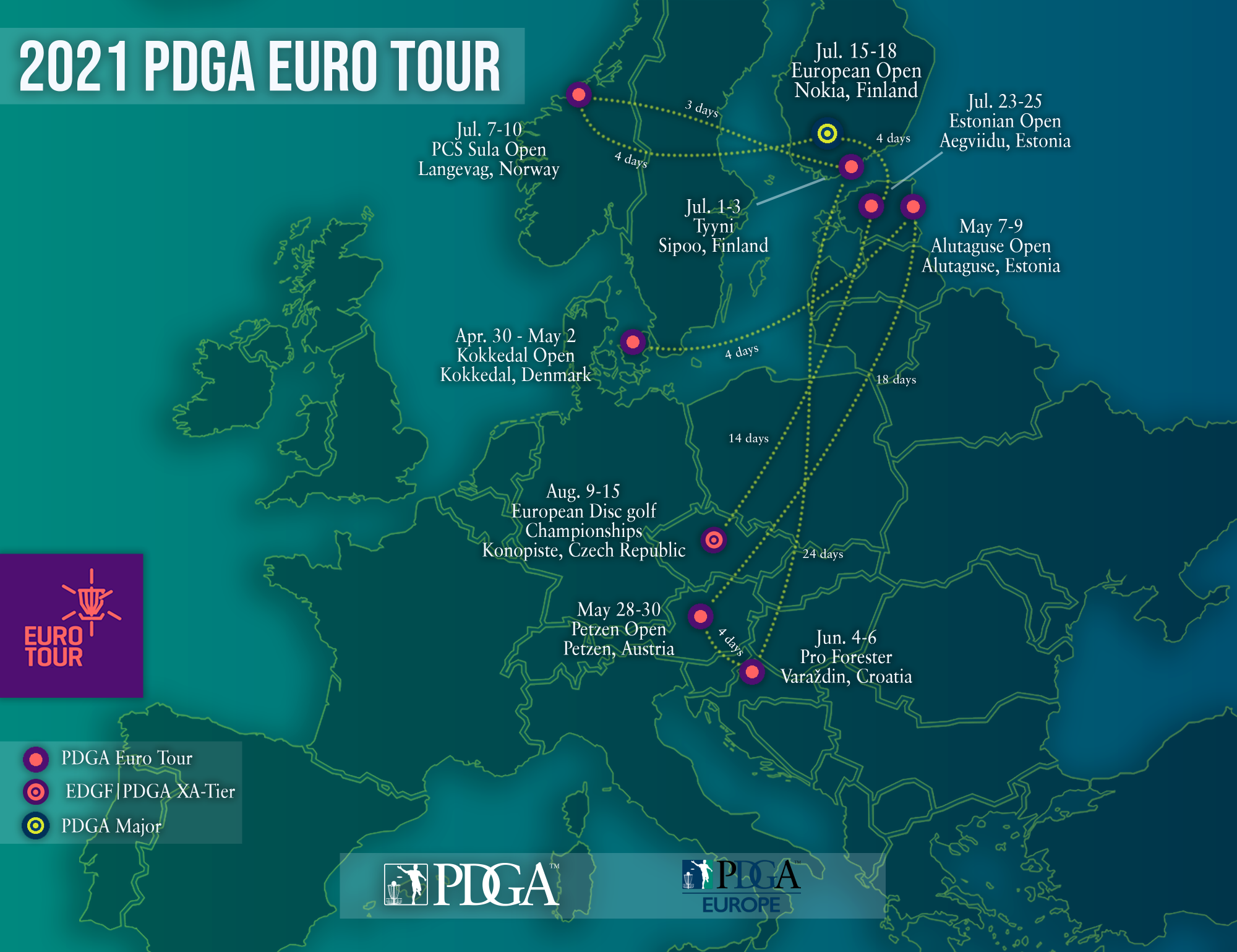 Here is the complete schedule as it currently stands. Several events are in the process of finalizing their sanctioning agreements and may be added to the schedule over the next few weeks: