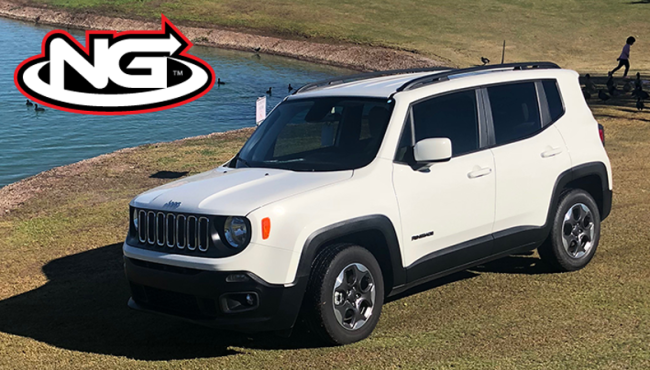 One year after Chris Keseloff drove off the course in a brand new Kia Soul after winning the 2017 Next Generation Tour National Championship, the event returns to Fountain Hills, Arizona, and there’s another ridiculous prize up for grabs. Those that made the cut to qualify for the 2018 NGT National Championship, which takes place from Friday through Sunday, will battle with the hopes of taking home one of the most impressive prizes in disc golf history: a 2018 Jeep Renegade.

After more than 120 qualifier events that saw thousands of competitors around the country and in Europe, the list of names for the championship has been narrowed down to just 80. The field will have two rounds on Friday and two rounds on Saturday to prove themselves, as only the top 36 will make the cut to compete in the quarterfinals on Sunday morning. The quarterfinals will be the last full round of 18 played, and only the top 16 will advance.

From there, it gets heated. The remaining competitors will have just nine holes to make the cut for the finals, where only the top five will make it through for a final nine. The sight of a new car will be taunting them near the green of the last hole. And if that wasn’t enough pressure, it will all be broadcasted live on YouTube thanks to our friends at SmashBoxxTV.

For those that are unfamiliar with the course at Fountain Hills, there are a few things to know. First, the place is distractingly gorgeous. Four Peaks and the Mazatzal Mountains line the horizon as 7,000 gallons of water per minute are blasted from the fountain more than 300 feet into the air every hour, on the hour. Second, almost every hole has OB water from the lake in play, so staying dry is an absolute must. Last but not least, the NGT National Championship will be using the Memorial Championship layout of the Fountain Hills course, making an already lengthy course that much more difficult. 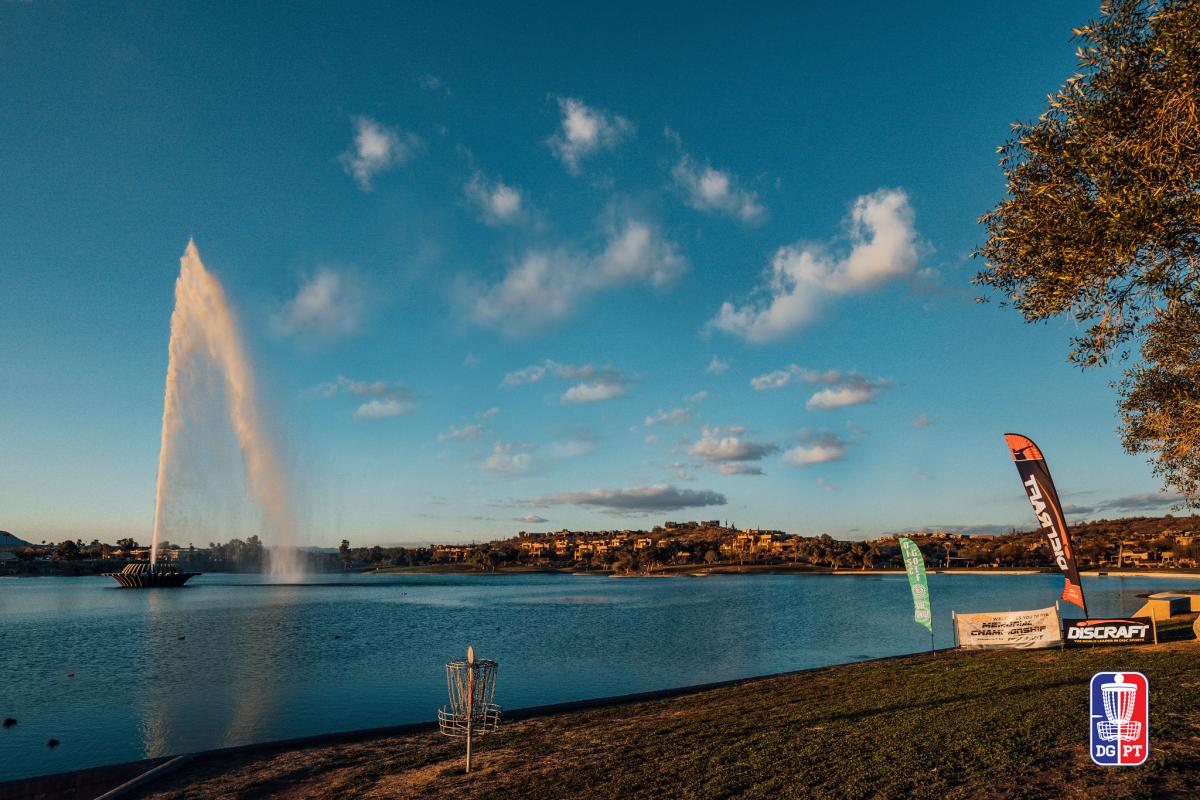 Many of the top amateur disc golfers in the world will be in attendance this weekend for the championship, including several names that we’ve already seen at the top of the leaderboards earlier this year at high-stakes events like Am Worlds, Junior Worlds, and USADGC.

Coming in as the third highest-rated player at 978 (tied with Kentucky’s Joel Bibble) is Indiana’s Andrew Cornwell, the 12th-place Advanced division finisher at the 2018 Am Worlds in Charlotte, North Carolina. While there are two players ahead of him ratings-wise, there are few players, if any, that are coming in with more tournament experience. Cornwell has already competed in 30 PDGA-sanctioned events in 2018, 20 of which where he was competing in the Open division. Of those 20, he finished in the top 10 a whopping 17 times, picking up two victories in the process. He declined his monetary winnings, of course, to retain his amateur status, as the prospect of taking down the Next Generation Tour National Championship and bringing a new car back to the Hoosier State was too enticing of an opportunity to dismiss. 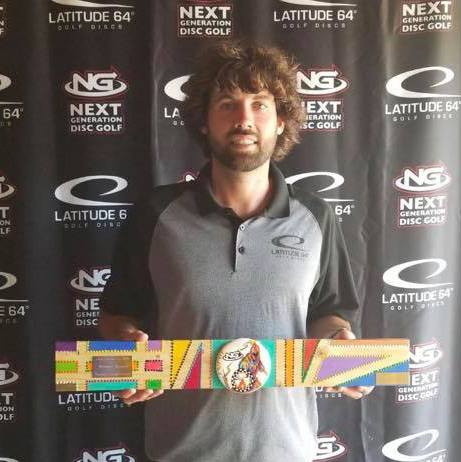 Andrew Cornwell after earning his spot for the NGT National Championship with a win at the Midwest Premier Event in Crown Point, Indiana. Photo: NGT

Cornwell was left with a bitter taste in his mouth after missing out on the finals at the NGT Championship in 2017. “After coming up two strokes short [of the finals] last year I decided to stay an amateur for 2018, mainly to just play the NGT Championship again," he said. “It wasn’t hard turning cash down since I made that decision before the year started.”

Silas Schultz is the only player from the 2017 NGT Championship sudden-death playoff returning to try and win it again. He is coming into 2018 as one of the favorites, a 974-rated 15-year-old that has already earned a fourth-place finish at the 2018 USADGC in the Advanced division and a second-place finish at the 2018 Junior Worlds in the 15 & Under division. 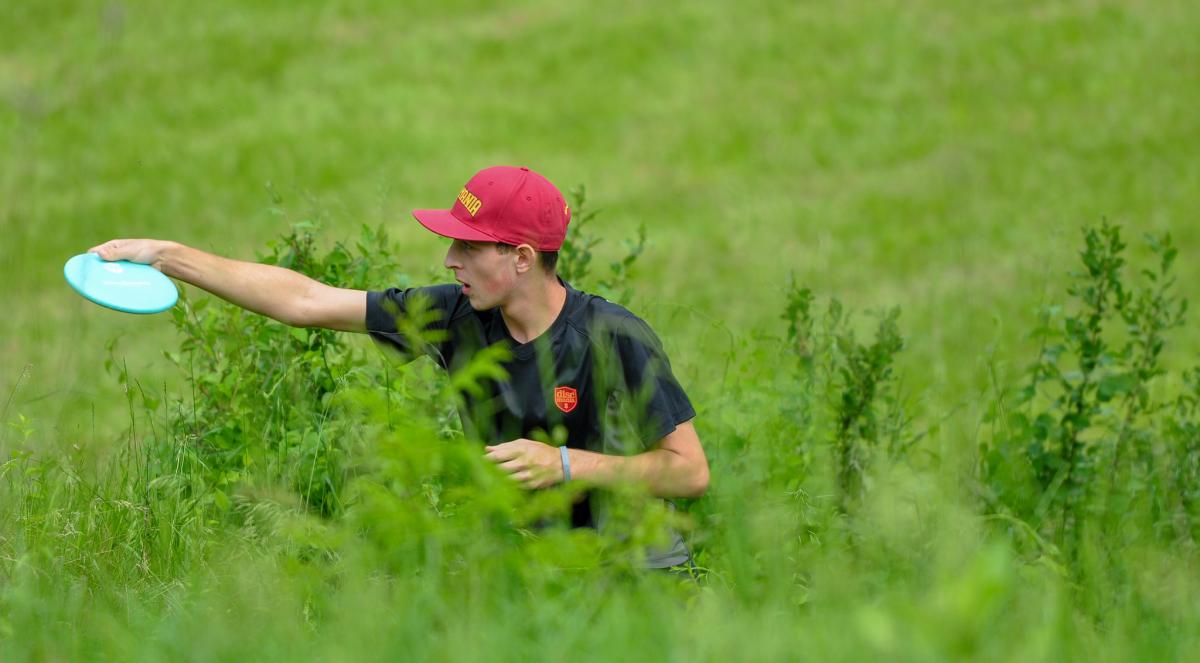 Silas Schultz during his final round at the 2018 USADGC. Photo: Matt Gregoire

With all eyes set on a new set of wheels, the drama is guaranteed to unfold. The 2018 Next Generation Tour National Championship kicks off bright and early Friday at 7:10 a.m. MST.  Stay tuned for more information about the upcoming live coverage on Sunday for the finals, and best of luck to all the competitors. Stay dry, or score high!