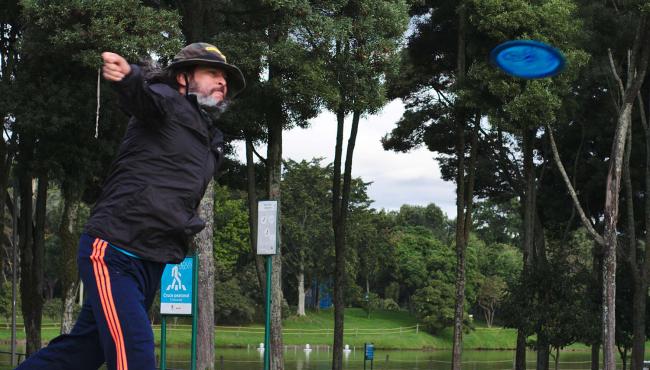 As disc golf continues its rapid growth around the world, Rodríguez has been hired as the PDGA Latin America Coordinator under PDGA International Director Brian Hoeniger to expand the presence of disc golf in Latin America countries and to promote the growth of PDGA activities in the region.

As the Latin America Coordinator, Rodríguez will serve as the PDGA’s primary point of contact and representative for South America, Central America, and Spanish-speaking countries in the Caribbean, and as a resource for those seeking to grow disc golf in these areas.

His flying disc background, the networks he has built throughout his Ultimate career as well as his education, which includes a BA in Business Administration with a specialization in dispute resolution pedagogy and an MA in Sport and Olympic Studies with emphasis seminars on Development through Sport and International Sport Management, made him an ideal candidate for this newly created position with PDGA International.

“Throughout my career, I have administered, participated and volunteered in programs with sports both in Spanish and English extensively in Colombia and occasionally in Canada, U.S., Japan, Kenya, Scotland, Monaco, Brazil, Argentina and Mexico,” Rodríguez said. “I come with important resources to serve as contact and a representative for the PDGA in the Latin American region because of my knowledge and experience, and I am capable of forming disc golf activities in our countries and communities based on networks in various contexts already established and to be extended, but locally in Colombia and internationally on the sub-continent.”

Rodríguez said that his first stage of management to close out 2022 will be to reach out to PDGA Country Coordinators and local community leaders in order to build a relationship based on their interests in the short and medium terms. Those interests, to Rodríguez, include supported growth for amateurs based on the standardization of governing rules, tournament management and competition brought to communities in their own language, and for disc golf to enter the public program agendas of recreation and health.

Rodríguez can be contacted here. 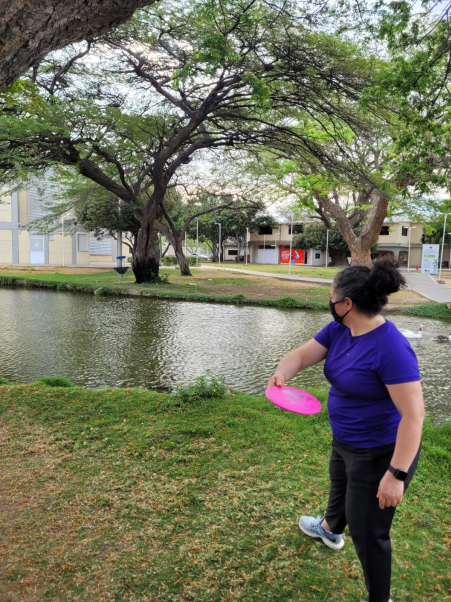 From the start of the project, it was easy to have an echo in many Colombian departments (states). The first PDGA event held in Medellin in September 2021 showed this by gathering representatives from most of these regions, and it was an opportunity to share and explain the “Disc Golf para todxs” program’s idea and objectives. The first departments to join the program were: Antioquia, Valle, Tolima, Huila, Magdalena and Meta.

We have visited some of these regions and there are still some pending visits. There are a total of eight regions benefited by the program since Norte de Santander and Caldas have completed the group of departments attended in Colombia. The program is running there with a basket and at least a pack of 15 discs for all purposes, and the sport is spreading in all the regions. 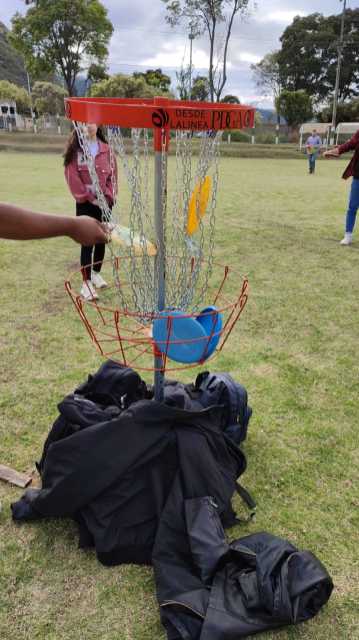 The design and fabrication of local targets in Colombia was the first step for creating an accessible option for their production in the country. Vuela Libre Sports, a distributor of flying disc products in the market since 2003 and the only local flying disc manufacturer, is now fabricating Disc Golf targets, which we consider as another achievement of this project.

Another achievement of this joint work was seen in the 2022 FECODV National Disc Golf Championship. The winner in the junior division was the youngest player from Pasto and we can see a relation with the fact that this city was the first to receive baskets, discs and the support for building the first courses in the area.

These numbers are growing fast!

We are very appreciative for your help in reaching this first milestone for Disc Golf in Colombia. We are also looking forward to continue doing this for our country and for Latin America. We are currently working on the creation of a big event for international players in which they can play in a ball golf club in the middle of Medellin. We think this will also help us continue the development of Disc Golf in Latin America.