Disc Golf a Success in Spain

Disc Golf a Success in Spain 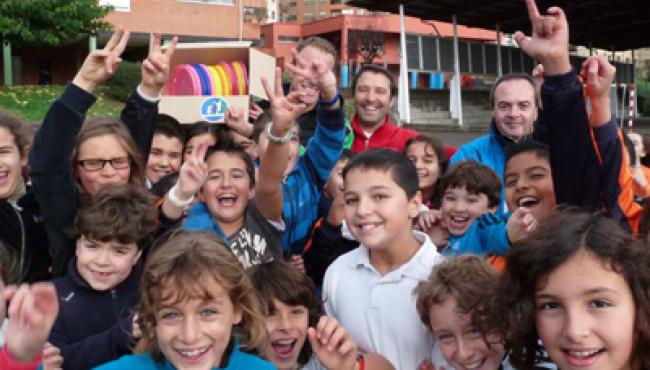 The Marco Polo Program was conceived and approved by the PDGA Board of Directors in 2011, with an official start date of January 1, 2012. The goals of this program are to support the introduction of Disc Golf into new countries and to strengthen its development in other countries around the world. The program provides funding for innovative international projects that promote the growth of Disc Golf, and that create links between PDGA, the countries, and the local Disc Golf communities. Once a project has been funded, materials and equipment purchased with grant funding must become the property of an incountry participating not-for–profit disc golf, sports or community association or group, and not the individual participants. All projects receiving support must promote the PDGA and its contributions as part of its project activities. Since the inception of the Marco Polo Program, the PDGA has funded eight projects around the globe.  These programs have been instrumental in exposing this great sport to new faces in places that had never previously been introduced to disc golf.

When Carlos Rio first heard about the Marco Polo Program in early 2012, he immediately recognized an opportunity to grow the sport of disc golf on a global scale.  Rio, a native of Spain, was at the time living in Norway, but wanted to introduce disc golf in his homeland.  He bought himself a plane ticket and in March of 2012, and traveled around northern Spain, searching for that perfect place to get the ball rolling.  By May of 2012, he had found the ideal location for his new course in the small town of Oviedo and met with their Parks and Recreation department to describe the project and walk them through a proposed layout for the new course.  He managed to convince the Head of Park Operations that the course was a positive addition to the community, and they agreed to pay for nine baskets and tee signs.  Once the Mayor of Oviedo approved the course and its funding in August of 2012, the course (and its followers) began to take shape.

This may be the first time in the history of disc golf that there was actually an active disc golf club prior to the first course going in the ground (in the entire country).  Before a shovel had touched dirt, the Oviedo Disc Golf Club was formed, and the ideas of how to expose the sport began to evolve.  It was clear to Carlos and his club mates that their target population was school kids from the surrounding communities.  They developed a strategy to visit several local schools and teach disc golf to the physical education teachers, so that they could include it in their curriculum.

The program was an immediate success.  The teachers loved the game, and their passion carried over to the kids in the schools, who went home and told Mom and Dad about disc golf, and before they knew it, there were whole families out on the course in Oviedo giving disc golf a try.  All in all, the Marco Polo funds enabled schools to receive a total of 255 discs (12x20 for the schools and 15 for the Trampolín project). Five of the schools received a portable basket, and the Oviedo club received 60 discs and two portable baskets. The disc golf bug was now an epidemic in Spain.

The sport continued to pick up speed in Spain, and in 2013, two new courses were constructed and Carlos continued his disc golf mission to spread the good word.  Currently, there are people playing in Madrid, Barcelona, Burgos, Malaga, and several other regions around the country.  In September of this year, Carlos acted as Tournament Director for the first ever PDGA sanctioned event in Spain and it was extremely successful.  The tournament and the courses received a ton of attention from the media, and many accolades from its participants.  Carlos’ dream of growing the sport in his homeland had finally become a reality.  In fact, today (October 22) is the one-year anniversary of the Oviedo Disc Golf Course.

Rio’s story of success is one of many, as the Marco Polo program is providing an opportunity to grow the sport on a global scale.  If you would like to pursue a Marco Polo grant, check out the PDGA International page and the specs of the program and submit an application.  For a complete report of the Spanish Disc Golf Project, click here.  And next time you find yourself in Spain, be sure to visit the disc golf course near you!