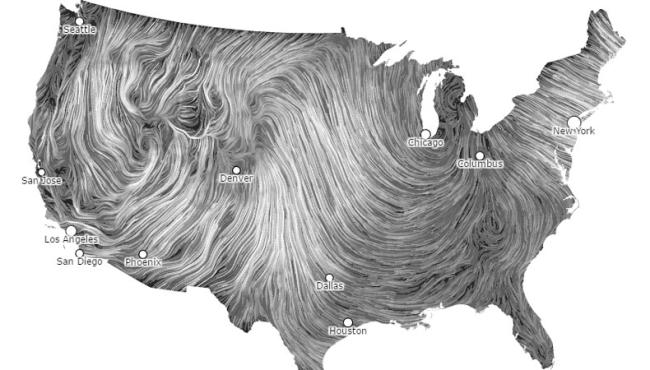 Social media has exploded in recent days with news that the WFDF Distance World Record was broken not once, but twice in just two days. Simon Lizotte #8332 bombed a 903.5 foot throw followed by David Wiggins Jr. #24437 launching a disc an astounding 1108 feet. From the videos being shared on Facebook, the wind appeared to be so strong that the feather banners looked as though they might be yanked from the ground.

Much of the feedback on social media pointed to the perception that the throws were wind aided. Some people cried foul, some offered only praise, and some insisted that the rules should be changed.

How much can the wind affect throwing distance? The answer lies in the study of fluid dynamics (both air and water are considered fluids). Before we address this question, let’s answer a more fundamental one. How do you throw a disc far?

If you want to throw a disc far (for maximum distance or range), the most critical variable is the disc’s instant (initial) velocity after it leaves your hand. Before you throw a disc, it has a velocity of zero. The goal is to accelerate the disc through the throwing motion. To create this significant change in velocity, you must apply a significant force to a disc over a distance. Using a lighter disc means you can use less force to achieve the same initial velocity.

There is a lot that goes into generating force. Humans throw objects using what is called spinal rotation and thus we create rotary force (also called torque). If you are muscular and fast in a small space (see Avery Jenkins), you can create a lot of force with spinal rotation (i.e., “snapping” your hips).

Distance, in this case, is the amount of limb displacement (movement in space) of your shoulders, arm and wrist. If your friends refer to you as “lanky” then you have been blessed with some built-in displacement. It is not a coincidence that both Lizotte and Wiggins are long-limbed. Because a backhand throwing style yields greater displacement, most players can throw farther using a backhand.

Lift is a force that can be exerted upward or downward on a flying disc. The cambered shape of discs greatly increases their lift potential (relative to a flat plate) and thus even a disc thrown flat can develop appreciable (upward) lift. A disc thrown into a headwind will rise and one thrown into a tailwind will fall because lift force is impacting angle of attack.

Drag acts in opposition to the flight of a disc. Basically, a headwind creates greater turbulent airflow over and under a flying disc and thus greater drag. Although a headwind will increase drag (a bad thing), mere mortals most often throw a disc farther with a slight headwind because the positive effect of greater lift typically outweighs the negative effect of additional drag forces.

What about for uber-force producing players like Lizotte and Wiggins? If there is a strong tailwind that is also blowing left-to-right (called a quarter wind), they opt for a hyzer and a less stable disc. The left-to-right wind will allow for the disc to be thrown nose-up to encourage lift force. As the disc rolls (changes from a hyzer angle to more flat), the tailwind will push the disc to the right for what seems like forever.

If you can produce a great deal of force, a dead-straight tailwind is not as optimal as a left-to-right quarter wind. The stronger the wind, the greater the overall impact on both lift and drag. Getting the angle correct is pivotal but when done correctly, the results can be (and have been) spectacular.

So, where does that leave us in the world distance record debate? Wind direction and intensity undoubtedly have a profound effect on distance potential. Because a quarter wind (or even a swirling wind) is ideal, it would be challenging (but not impossible) to qualify records as “wind aided” (in track and field they only measure head and tailwinds).

It takes a tremendous amount of force to produce initial velocities capable of propelling a disc over 800 feet, regardless of the wind conditions. Getting the angle just right in windy conditions is no easy task. Players may be less likely to compete in a distance contest when strong winds are not prevalent.

Sure, we could have players throw in airplane hangars, but perhaps we should just embrace the world record throws as impressive feats accomplished by remarkable athletes.

My attempt to be concise resulted in an article that is not patently false but at times misleading. If you desire a detailed explanation of forces, vectors, moments, velocity, gravity, acceleration, torque, lift, form drag, surface drag, dynamic fluid force, turbulent flow, pitch angle, gyroscopic stability, COM, COP, pitch torque, and advance ratio I recommend reading The Definitive Guide to Disc Golf or, for an even deeper look in the dynamics of disc flight, a phenomenal book titled Spinning Flight by Ralph D. Lorenz- an aerospace engineer and planetary scientist.

Wind and world record distance aside. I still won't buy a Innova Boss. But what kind of distances would be had throwing into the wind? It's like the TD's that call every hole on a course par three because it's all relative. Distance is all relative. Aerobies with a hole in the middle still go farther.