To Crown a Queen

To Crown a Queen 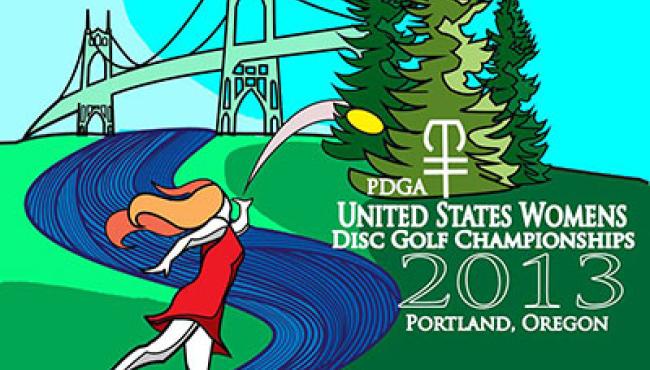 On September 20-22, the women of Disc Golf will travel out to Portland, Oregon to compete in the United States Womens Disc Golf Championships. Portland is currently home to the "Chick Flick," annually one of the nation's largest women-only events. Tournament Director and PDGA Board President Rebecca Duffy and her tournament team are extremely excited about hosting the best female players in disc golf.  For the players, this is one of the biggest and best events of the year.  A National Champion will be crowned in several different amateur and pro divisions.

Two courses will be in use for the event; Pier Park in Portland and Blue Lake Park in Troutdale, OR.  Pier Park is a locals favorite.  This majestic park located conveniently in downtown Portland, is home to a stunning disc golf course sitting in the shadows of 200 ft tall douglas fir trees.  It will be stretched out for the tournament, providing a quaint challenge for the ladies.  Not to be outdone, however, is the mammoth layout at Blue Lake Regional Park.  Truncated to a mere 8000 ft for the event (original course is well over 10,000), this lengthy track mixes woods with wide open bombs around the beautiful scenery of this city lake.  A perfect concoction of disc golf holes to declare a few Major Champs.

In the Open field, Paige Pierce is fresh off her World Championship, and hopes to continue her solid play this year with a win at the USWDGC.  But the competition will be fierce, and with defending champion Catrina Allen in the mix, as well as a bevy of other World Class disc golfers seeking a PDGA Major title, Paige will have her work cut out for her.

By the end of the weekend another set of National Champions will be crowned in their respective divisions.  Will the reigning champ, Catrina Allen, defend her title, or will a former champion take her crown?  Or, let’s not be surprised if we are able to see a new champion emerge.  The field is wide open for the 2013 USWDGC, and it should come down to the final putt, so let’s brace ourselves for what should be a showdown in Portland this weekend.  Please be encouraged to check pdga.com throughout the week for updates on the ladies of disc golf as they compete for the title of United States Womens National Champion.