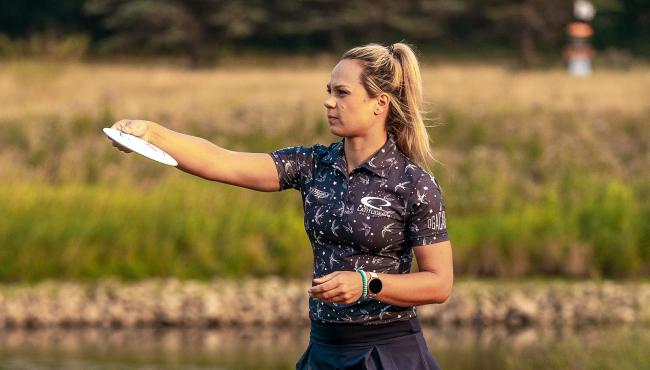 The third and final round of the Preserve Championship was allowed to proceed as normal, as the smoke from the wildfires in Canada moved away from Clearwater, MN. And from competitors to viewers, all were lucky this was the case, as we had quite a memorable and tense final day of competition at the Elite Series event.

While players awoke not knowing if they would be playing the third round, or if the tournament would be finalized after just two, they had to go out and compete today and earn their placements out on the course. 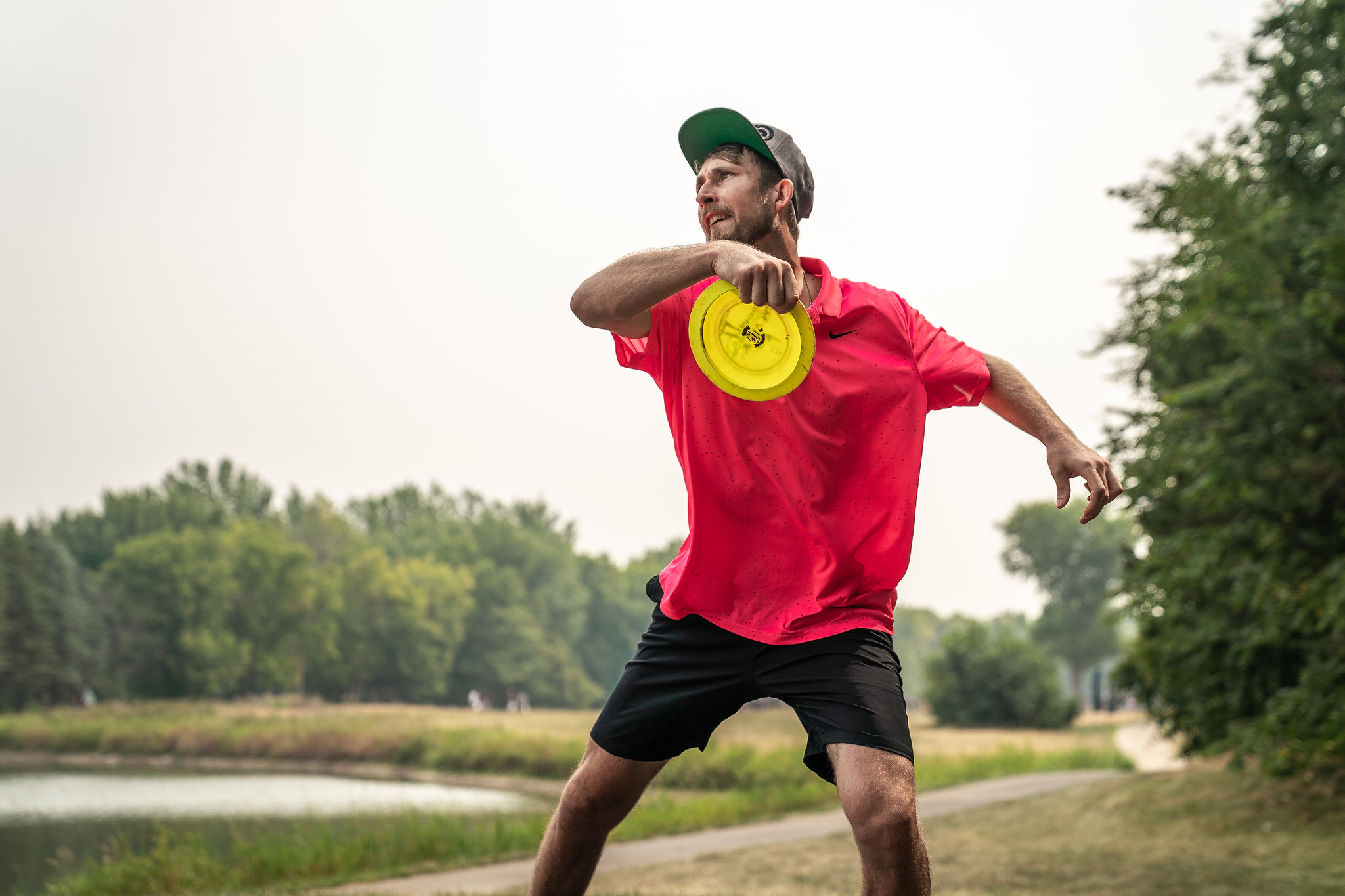 Wysocki Battles to the Top

In the MPO division, there was a neck-and-neck(-and-neck) battle all the way through the course today as Ricky Wysocki (-35), Eagle McMahon (-34), and Paul McBeth (-33) were all carving up the Black Bear course.

With less wind during today’s round, players found it much easier to score than they did in the previous round, and these three players all strung up double-digit birdies. Wysocki and McMahon struggled to find strokes early on, but McBeth started a pace that they quickly matched. With everything tied up on Hole 14, McBeth overturned a drive into the woods on the right, and McMahon had an errant approach and had to lay up on the uphill basket. Wysocki, however, was able to card a birdie with a 49-ft putt. In a tale of C2 birdies, Wysocki’s lead was short-lived, as McMahon managed to sink his own 49-ft putt on Hole 15. On 17, McMahon struggled with the straight shot down the corridor of trees and had to take a par, and Wysocki’s drive went long, just staying in bounds on the water edge. With a birdie on 17, these 3 were headed into Hole 18 with Wysocki at -34, and McMahon and McBeth at -33.

Being the most eagled hole on the weekend, it appeared that we had a similar situation as last year’s Preserve Championship. While Wysocki was playing for birdie, McMahon and McBeth had to play for eagle if they wanted a chance to force a playoff with Wysocki. McBeth’s drive was slightly out of position, which left him with an awkward stance for his next approach. McMahon was able to throw two absolute bombs and put his second shot at the edge of C1. However, he couldn’t convert the eagle and Wysocki was able to tap in for the birdie and his 5th tournament win of the season.

Matthew Orum’s (-30) great round was overshadowed by the other three players on the lead card, but with 10 birdies and a 5th place finish, Orum marks his best DGPT finish of the season. The young player from Iowa, Gannon Buhr (-31) played an incredible round of disc golf, shooting -11 and tieing the hot round. He also birdied 8 of the last 9 holes to finish off his day. Silver Latt (-25) and Ezra Aderhold (-25) shot -11 and -10, respectively, and managed to jump many players on their way to a T-8th finish. Latt birdied the last 7 holes and Aderhold was only 1 of 3 players to eagle Hole 18 during the final round.

In stark contrast to the MPO division, in the FPO division, there was one clear winner from the start of the round.

Kristin Tattar (-19) struggled in the early holes but managed to pick up where she left off and also left the other competitors in her dust as she worked her way to yet another DGPT win. Despite her large lead, Tattar didn’t take her foot off the gas, as she shot -6 on the round, including getting 6 birdies in 8 holes in the middle stretch of the course. This win was Tattar’s 2nd straight DGPT Elite Series win, after winning both the Discraft  Great Lakes Open last weekend.

Hailey King (-5) seemed like she would be the next player to beat, after her -2 and -4 first two rounds, especially with players like Paige Pierce (-9) and Catrina Allen (-1) hadn’t been playing like their usual selves in the second round. And while Pierce started off the day with a double-bogey and bogey on holes 1 and 2, she strung together 6 in a row from homes 6 to 11, and capped it off by getting 4 of the last 5 holes. Her -6 round tied Tattar for the hot round of the day and propelled her into 2nd place. King, on the other hand, had trouble scoring in the middle of the course, and instead took a double bogey and bogey, as well as some brutal rolls on hole 14 for another double bogey there that cost her the lead she had over Pierce.

Jessica Weese (-4) continued her steady pace and jumped up 1 spot to finish in 4th after a -2 round. She had a rough go of it early on, but found pace with a stretch of 4 birdies on holes 11 through 14. Sarah Hokom (+1) had a few putting miscues on the day, unable to score and took a few too many bogeys, which cost her a few spots on the leaderboard as she dropped down to a 6th place finish. Kona Panis (+3), on the other hand, played a great final round and found herself propelled 6 spots up the leaderboard into 7th place after a -4 round. With 6 birdies, Panis had the most birdies behind Tattar and Pierce during the final round.