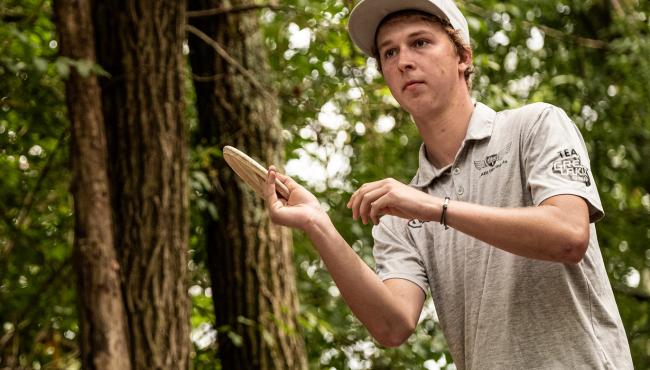 The final putts have dropped in Kentucky and two champions have been crowned at the Idlewild Open presented by Dynamic Discs and The Nati Disc Golf.

Sunday’s final round made for some exciting action with players from several cards leaving everything they had out on the course to have a chance at victory.

Right behind Klein and Marwede were four players who all finished one stroke out of the lead in a tie for third place. Drew Gibson, Joel Freeman, Calvin Heimburg, and Kevin Jones all finished the tournament at 24 strokes under par (1 off the lead) but it was Gibson who really turned it on finishing with the hot round of the weekend at 55 (-12). Gibson’s incredible finish (unofficially rated 1073) will earn him a guaranteed spot in the DGPT Championships in October.

In a playoff that may have been unexpected at the beginning of the day, Klein and Marwede battled it out for two holes in a sudden death playoff starting right where they began each round, on hole one’s tee pad. Klein’s drive left him an eagle putt around 40 feet out and with a mediocre drive and upshot from Marwede, Klein laid up and put the pressure on Marwede to make a circles edge putt, which he canned.

Hole 2 saw great drives from both players but it was Klein who bested Marwede’s upshot and with a missed circle 2 putt from Marwede that rolled out of bounds. Klein had a 16 foot putt to cash in on his first DGPT Elite Series win. 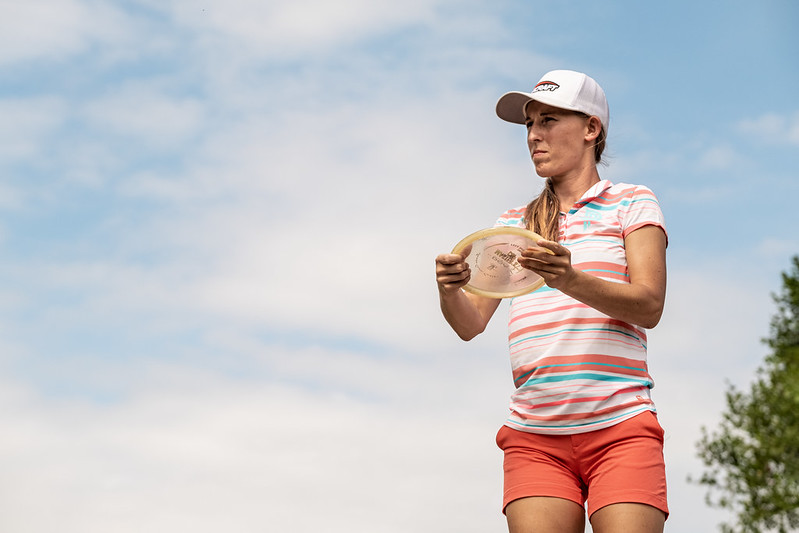 Paige Pierce held on for a three-shot win in Kentucky. Photo: DGPT

In the FPO field, Paige Pierce came away with yet another victory at Idlewild to add to her already three titles at the Elite Series event. The now 4x Idlewild Champion has only finished off the top of the podium once in the last five years further showing that she is the player all others are chasing in the FPO division.

However, Pierce’s final round wasn’t free of struggle as she carded a pair of bogeys along with a double bogey on the par four 12. Missy Gannon, Sarah Hokom, and Catrina Allen all kept Pierce on her toes coming down to the wire and despite Gannon closing Pierce’s lead to a single stroke with four holes to play, the 5x World Champion pulled away towards the end with a birdie, birdie, par finish.

Catrina Allen’s final round score of 64 marks a new course record for this FPO layout at Idlewild and helps her hold a now 75+ point lead over 3rd place in the DGPT Standings.

The Tour leaves Burlington, KY, and heads to Vorhees, NJ for the final Silver Series event of the season. Join us August 20-22 for the 2021 Stafford Open driven by Innova. Stay tuned for more information and event media coverage schedules.