How To Watch The Preserve Championship

How To Watch The Preserve Championship 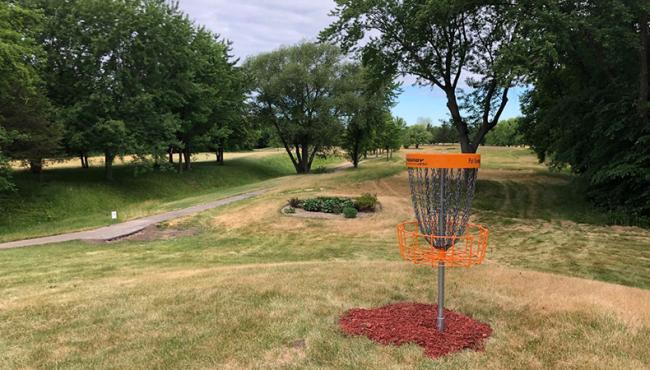 The second of two new Disc Golf Pro Tour events finds the PDGA's Elite Series returning to Minnesota for the first time since 2016. But instead of the sport's finest shredding the hallowed Blue Ribbon Pines – the annual home of The Majestic, which was last on the circuit in its inaugural season but has yet to return – a new North Star State venue will take center stage.

And by new, we mean new.

The Preserve Championship will take place at the Airborn Disc Golf Preserve, a one-time golf course nestled alongside the Mississippi River that smooth-throwing local hero Cale Leiviska and crew purchased and converted into a soon-to-be disc golf Mecca in a matter of weeks. Normally sporting two tracks, the Timberwolf and Lynx, this weekend's DGPT stop combines the two into one super-sized layout, the nearly 10,000-foot Black Bear course.

Here's everything you need to know to catch the action from Friday through Sunday:

With more stats than you can shake a stick at, keep an eye on UDisc Live all week for in-the-moment moves from the tournament's stacked DGPT field.

Official scores, tee times, and round ratings can be found at the official event page on PDGA.com

The Disc Golf Network (DGN) is the new home of live disc golf. Built by the Disc Golf Pro Tour, the DGN is a subscription streaming and on-demand platform much like Netflix or Disney+. Covering the world's best players competing in the sport's elite tournaments, a subscription includes post-produced coverage of select disc golf tournaments as well as exclusive disc golf shows, touring pro interview series, podcasts, and other segments only available on the Disc Golf Network. The DGN offers a PDGA Member discount of 50% to all active members, bringing the cost down to $4.49/month.

In addition to the DGN, Sunday's final will be simulcast on the DGPT Youtube channel. Crave the banter between those watching live? Head over and chat in the comments!

JomezPro will be on hand at every DGPT event in 2020 to bring their eye-catching stylings to the Open feature and lead card each day, putting post-produced coverage of the world's best disc golfers in front of more than 200,000 subscribers. Yes.

GK Pro will be covering nearly all of the lead women’s cards for the DPGT this season. Paige Pierce popping off again? It'l be on GK Pro.

Central Coast Disc Golf has been in the game longer than most, and the west coast's finest will bring their mix of laidback commentary and pro-level bells and whistles (we love the radar gun!) to the Preserve's chase card.

If we had a dollar for every time we saw someone comment about how much they loved Par Save Productions' post-hole shot breakdown graphics, we'd have at least enough to buy a PDGA membership. Show some love to the local crew and subscribe for their MPO3 coverage throughout the weekend.

Yep, we'll have you covered here with daily round recaps and other coverage from the Preserve. So, if you're here already, you might as well stay.

Now in her fifth year of touring, Alyssa Van Lanen has become the preeminent photographer when it comes time to get the right disc golf shot. From in-your-face action to candid reactions, Van Lanen will have photo galleries from each day of competition available on the DGPT Flickr page, as well as her website and social media channels.

Be sure to tune in to the PDGA's social media channels for any updates from disc golf's governing body and extra highlights you might have missed. Got headphones? Check out recaps of each tournament on the weekly PDGA Radio podcast!