How to Watch the DGPT - OTB Open

How to Watch the DGPT - OTB Open 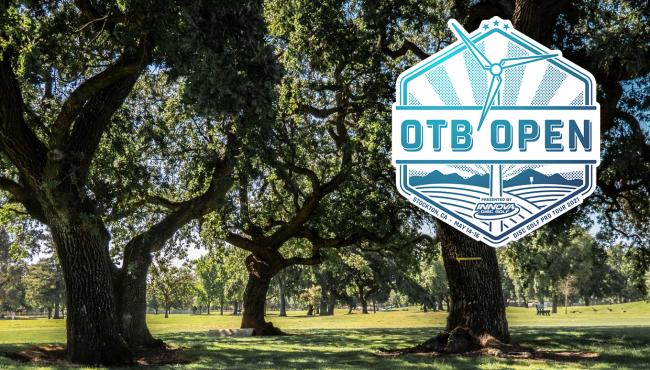 For the first time since 2019, the PDGA Elite Series and the Disc Golf Pro Tour is going back to Cali.

This trip out west features the debut of a brand-new event on a newly-designed course for the OTB Open, which kicks off Friday and runs through Sunday in Stockton, California.

Swenson Park features a par 66, 11,514-foot track for the MPO division and a 10,002-foot stroll through a par 70 course for the FPO division.Water carries off the tee, tricky greens, low ceilings and a mix of distance and shot-shaping highlight this Leonard Muise #3974 course design.

The tournament, which is being hosted by the event of staff of the long-running San Francisco Open, will also feature a few faces making their return to action.

After missing the start of the season with an injury, Simon Lizotte will make his 2021 debut live on the Disc Golf Network on Friday. On the FPO side, Paige Pierce is back in the mix and fellow five-time World Champion Juliana Korver will be featured in Friday's live broadcast.

The Elite Series resumes after making a stop in Emporia, Kansas for the PDGA National Tour - Dynamic Discs Open, which saw Paul McBeth and Hailey King bring home NT titles. The fourth stop on the DGPT, the OTB Open is the first since Ricky Wysocki and Catrina Allen grabbed wins at the Jonesboro Open in April.

Wysocki and Lisa Fajkus picked up wins this past weekend at the Challenge at Goat Hill, a PDGA A-Tier and DGPT Silver Series event.

That kicked off the west coast swing, which continues this weekend in Stockton before rolling to Rocklin for the first PDGA Pro Major of 2021 at the United States Women's Disc Golf Championship on May 21-23. The California swing concludes at the National Tour - Santa Cruz Masters Cup on May 28-30.

Beginning Friday, the elite professionals are going back to Cali and the drama and excitement that have highlighted the 2021 season so far are coming with them.

The OTB Open will be operating in Phase 2 of the COVID-19 Requirements and Best Practices for PDGA Elite Series Events, which allows caddies and limited in-person spectating.

In addition to the DGN, the live broadcast for both divisions will be simulcast free on the DGPT YouTube channel for the final round only on Sunday, April 18.

Hear from some of the player before the action gets going during a press conference from 2-4 p.m. PT on Thursday live on the DGPT's YouTube channel. Here is the tentative schedule for the press conference (all times PT):

GK Pro will be covering the lead women’s cards for the DPGT this season. Paige Pierce is back in action after an up-and-down start to the season. Will Pierce grab the win in Stockton? It'll be on GK Pro.

Title sponsor OTB — Only the Best Discs— will be providing coverage from the women's chase card every round.