How To Watch The 2020 Disc Golf Pro Tour Championship

How To Watch The 2020 Disc Golf Pro Tour Championship

Disc Golf Pro Tour Closes Out The Season In Charlotte 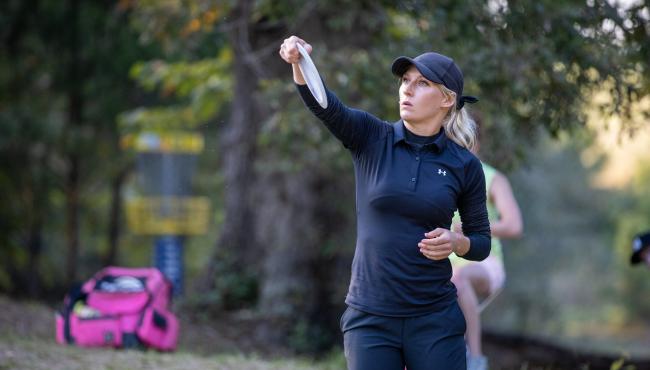 Post-Production coverage will be provided by JomezPro, Gatekeeper Media, and GK Pro.

Here’s everything else you need to know to catch the action this weekend.

The Disc Golf Pro Tour has contracted UDisc Live for a whopping 20 events in 2020. With more stats than you can shake a stick at, keep an eye on UDisc Live all week for in-the-moment moves from the tournament’s stacked DGPT field.

The Disc Golf Pro Tour Championship is a Phase Two event with limited in-person spectators. Spectators are limited to twelve per card and must be purchased prior to the start of the event in the DGPT Pro Shop.

Official scores, tee times, and round ratings can be found at the official event page on PDGA.com

The Disc Golf Pro Tour and ESPN 2 have joined with Jomez Pro and Bluefoot Media to produce a two-hour broadcast of the Championship round to be broadcast in mid-to-late November. Stay tuned for more updates on when the broadcast will air in the coming weeks.

The Disc Golf Network (DGN) is the new home of live disc golf. Built by the Disc Golf Pro Tour, the DGN is a subscription streaming and on-demand platform much like Netflix or Disney+. Covering the world’s best players competing in the sport’s most elite tournaments, a subscription includes post-produced coverage of select disc golf tournaments as well as exclusive disc golf shows, touring pro interview series, podcasts, and other segments only available on the Disc Golf Network. The DGN offers a PDGA Member discount of 50% to all active members bringing the cost down to $4.49/month. Currently, the Disc Golf Network is running a special on year-long subscriptions through the end of October. Purchase a yearly DGN subscription for 10% off ($58.49) and you’ll get all of our offseason content plus everything on the DGN through October of 2021.

The Tour Championship will feature separate MPO and FPO broadcasts with MPO starting on Thursday and FPO starting on Friday. Daily coverage will include multiple cards and analysis as viewers tune in to watch who will be crowned the 2020 Disc Golf Pro Tour Champion.

In addition to the DGN, the live broadcast for both divisions will be simulcast on the DGPT Youtube channel for the final round only (Sunday, October 18th).

JomezPro will be on hand at every DGPT event in 2020 to bring their eye-catching stylings to the Open feature and lead card each day, putting post-produced coverage of the world's best disc golfers in front of more than 200,000 subscribers.

Get ready for some Rewinds! Gatekeeper Media has been plenty busy during Offseason 2.0, teaming up with pros like Simon Lizotte and Andrew Fish for intimate mic'd up videos. Now, the Philly-area crew is back on the DGPT for next-coverage of any chase card action.

GK Pro will be covering nearly all of the lead women’s cards for the DPGT this season. Paige Pierce popping off again? It'll be on GK Pro.

Yep, we'll have you covered here with daily round recaps and other coverage the DGPT Tour Champion ship. So, if you're here already, you might as well stay.

Or, you can head to the Disc Golf Pro Tour's home on the internet for daily coverage, too. As a famous meme asks, "why not both?"

Be sure to tune in to the PDGA's social media channels for any updates from disc golf's governing body and extra highlights you might have missed. Got headphones? Check out recaps of each tournament on the weekly PDGA Radio podcast!