The Heat is On

The Heat is On

Sunday will Sizzle at Maple Hill 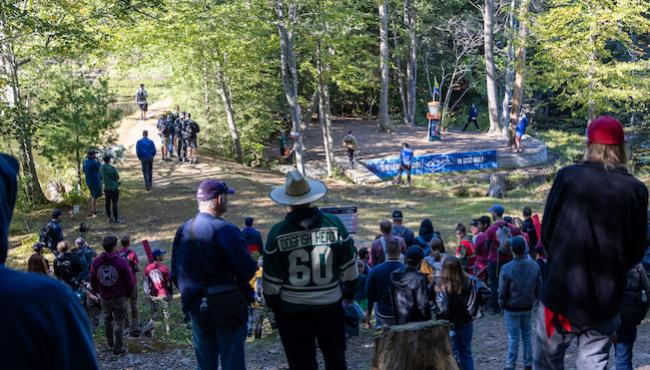 The roars echoed through the pines as the DGPT - MVP Open at Maple Hill opened weekend play under sunny skies.

Cool conditions and a still-present breeze greeted most players at the opening tee box, but players began to find some comfort on the course.

In both divisions, the hottest rounds of the week came on Saturday.

FPO: Shuffling at the Top

Kristen Tattar and Paige Pierce started the day tied for the lead. Neither stayed there.

But both are close, along with the rest of the top nine.

All are within five throws of the leader, Natalie Ryan, whose hot round of 3-under paced the field on a chilly-but-beautiful Saturday in Massachusetts. 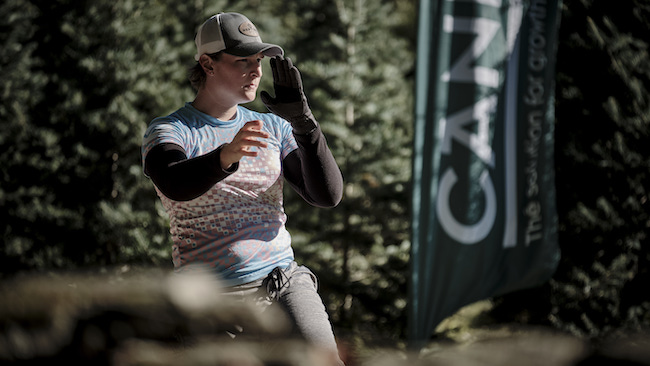 Ryan leaned on a four-birdies-no-bogies back nine at Maple Hill to assume the lead by one throw over Tattar and Missy Gannon. Valarie Mandujano – the only other player to play round three under par with a 1-under effort – will complete the final round lead card.

Pierce, tied with Mandujano at 7-over for the tournament, will lead a chase card including Rebecca Cox, Vanessa Van Dyken, and Deann Carey.

The conditions Sunday morning, when the FPO leaders venture onto Maple Hill, project to be warmer and calmer than the past two days. Scoring conditions should be excellent for the many players still in contention.

MPO: Temps Up, Scores Down

The winds seemed to calm as the afternoon wore on, and scorecards began to turn blue, denoting an increase in birdies.

Multiple players shared the hot round of 8-under-par, including Simon Lizotte, Väinö Mäkelä, and new leader, Corey Ellis, who sits at 12-under for the tournament and is three throws ahead of his closest pursuer.

That man is Gannon Buhr, who punctuated his charge to the lead card with a 60-foot putt at the 15th hole. Buhr’s talent from outside the 10-meter circle could be a major factor in Sunday’s final round. 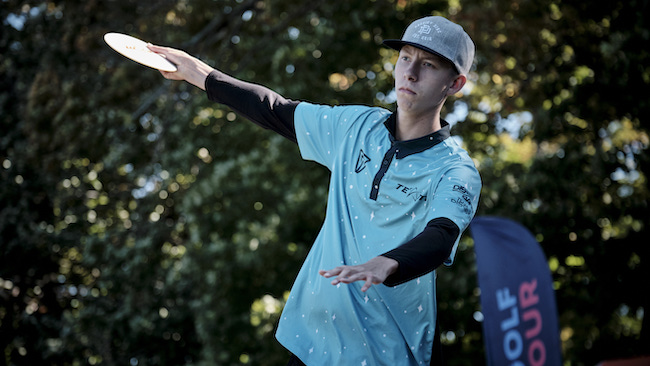 Joining Buhr and Ellis will be Linus Carlsson – who retains his position on the lead card for another day – and Thomas Gilbert, whose 7-under-par moved him up 12 positions on the leaderboard and into the final foursome.

Ten players are within six throws of the leaders, including Ricky Wysocki and Paul McBeth, both at 6-under for the event. Ben Callaway, Matt Bell, Lizotte and Mäkelä will comprise the chase card. 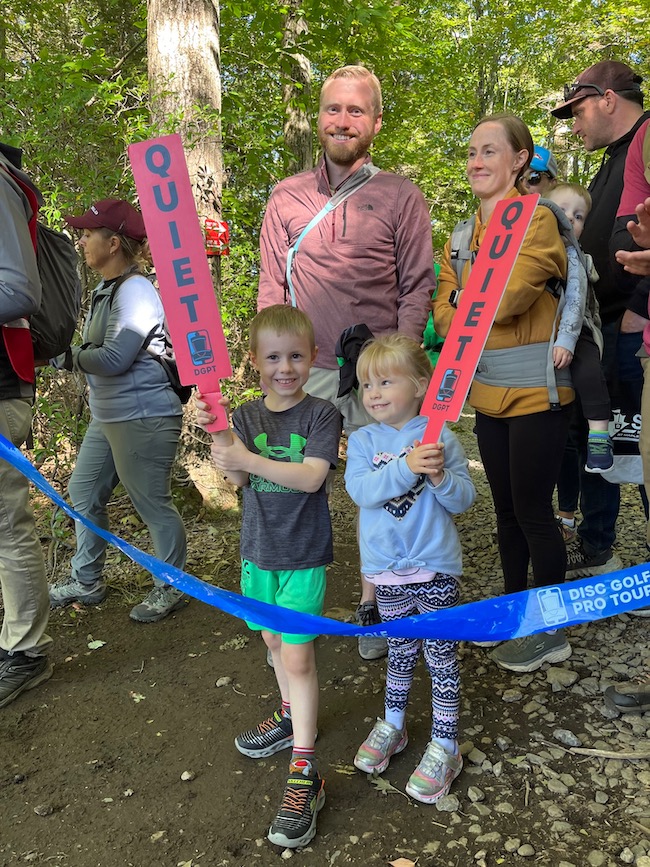 Zach and Ella are keeping watch over the large (and loud) Maple Hill gallery.

Of note, Sunday’s final round will be the final chance players have of making the 2022 DGPT Tour Championship or of improving their positioning in the tour standings. Multiple races have developed.

In the FPO division, Valerie Mandujano and Missy Gannon are in a close battle for the fourth position. The top four will receive a bye in the first round of the tour championship. Meanwhile, Macie Velediaz, Madison Walker, and others are on the fringes of making the play-in round which will determine the final two women to make the championship field.

In the MPO division, Jeremy Koling is currently the last man in the play-in round. Ben Callaway is the first player on the outside. With the top eight receiving the first-round bye, and the top 30 locked into the field, a number of players will determine their fate on Sunday.

Final round coverage on the Disc Golf Network begins at 9:15 ET.