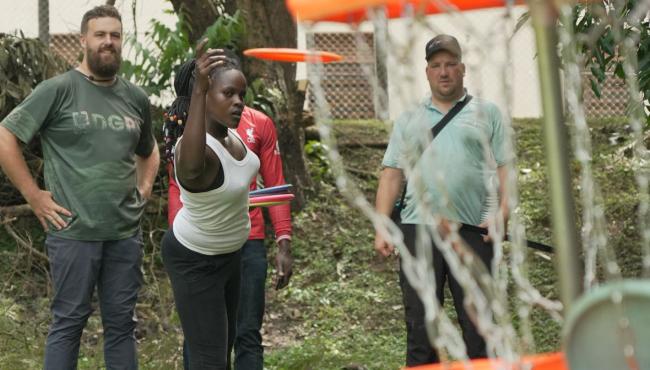 Chandler Fry, left, looks on during a clinic in Uganda. All photos via the Paul McBeth Foundation.

After their course installation and visit to the Lake Victoria-side town of Katosi, the Paul McBeth Foundation’s Uganda Team turned its attention to the campus of Ndejje University, 40 km north of the capital city, Kampala.

Simply stated, this project has the potential to be the keystone of disc golf’s development across the East Africa region.

Ndejje University is renowned for its sports programs, operating state of the art facilities, from football – some of its graduates play in Uganda’s top division – to swimming, volleyball, basketball, tennis, track and field, martial arts, and even woodball. In fact, this past weekend the 12th East Africa University Games took place, drawing 3,044 participants from over 45 Universities and five countries including the hosts, Kenya, Tanzania, Burundi, and Ethiopia.

Amidst this sporting eden, an 18 hole layout — designed a few months ago by the PMF's Paul Wright and Pete Fust — is now being installed on an ideal and lush tract of land. Kikuyu grass fairways, a variety of mature African tree species, and the shaping of the land from gentle to steeper slopes will offer every type of shot imaginable to what will inevitably become a dedicated contingent of student athlete players. The fact that the course is intersected by one of the main campus walkways will only lure more locals to try and get hooked by the game. 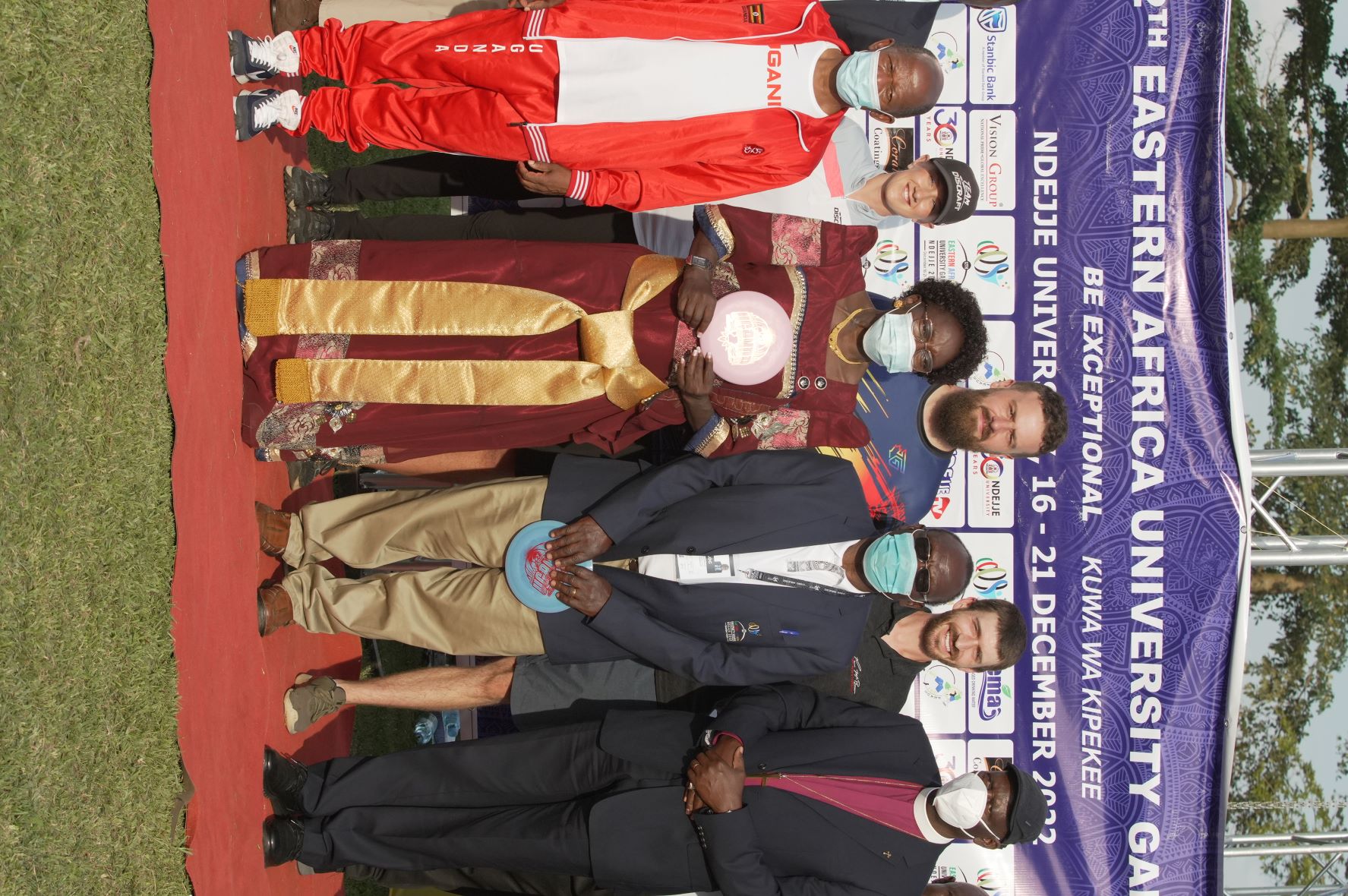 Members of the Paul McBeth Foundation Uganda Team pose for a photo during the opening ceremony of the East Africa University Games. 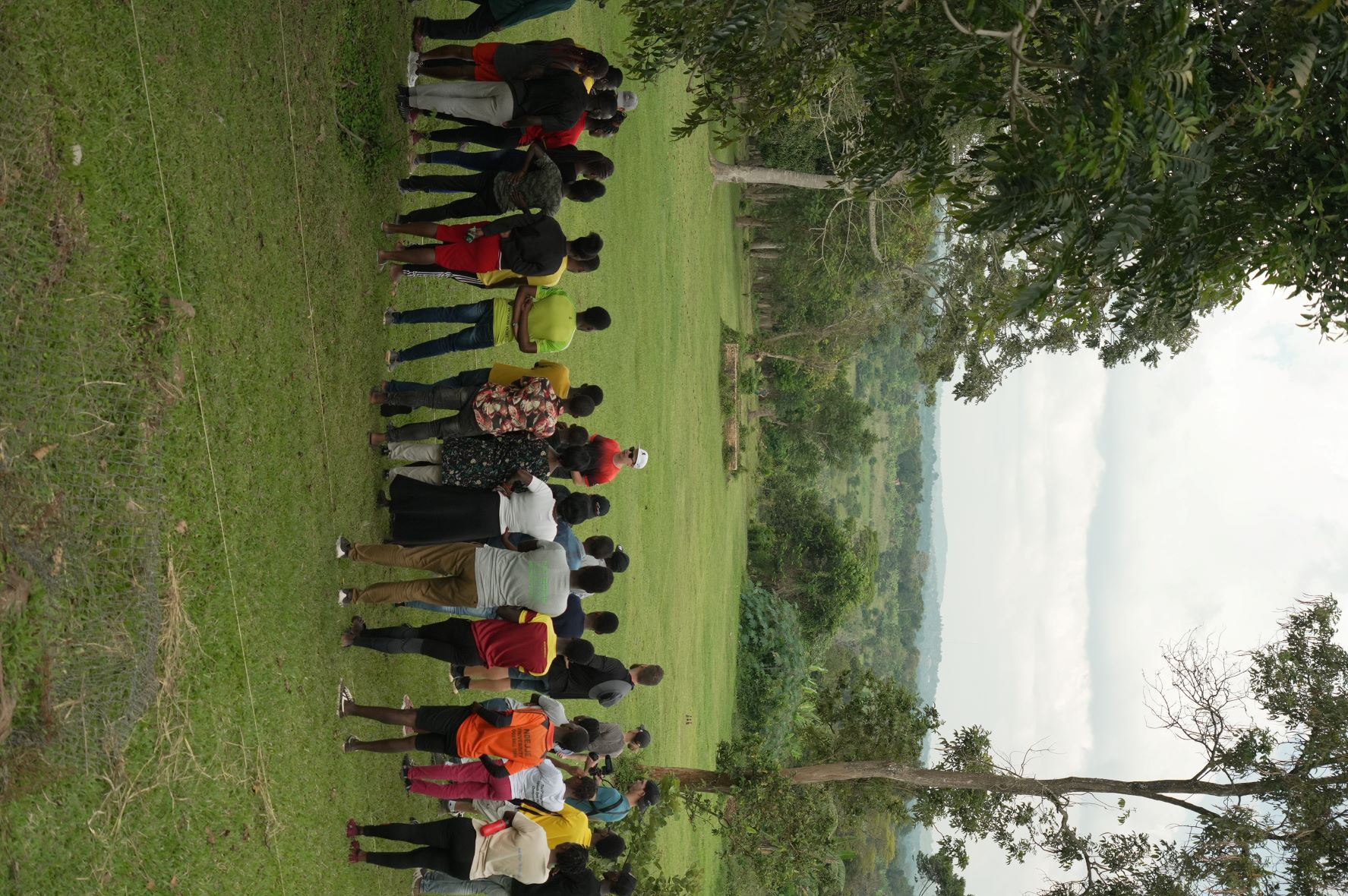 The land at Ndejje University is ideal for a disc golf course. 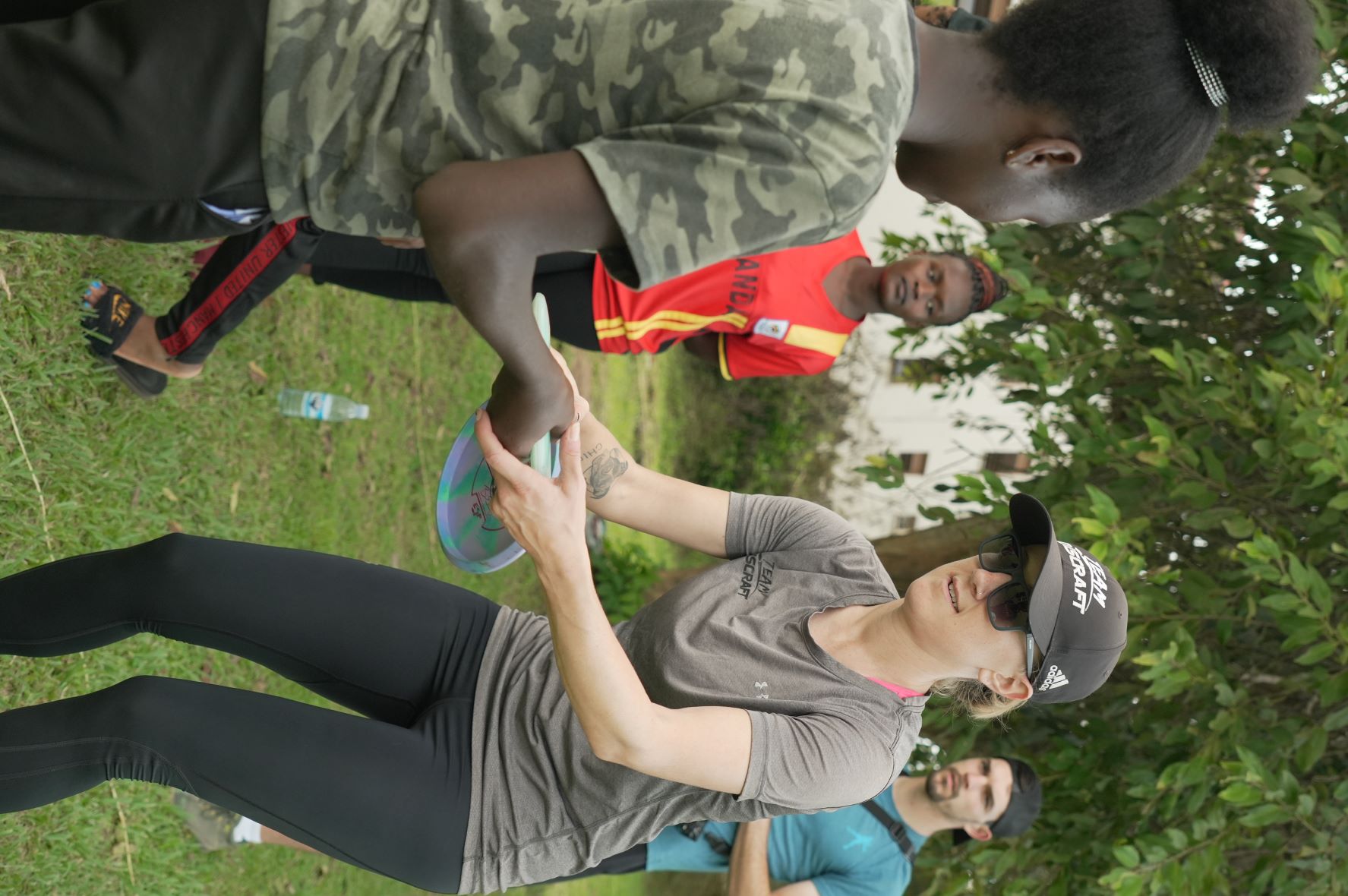 Missy Gannon shows a new player the proper grip during a clinic. 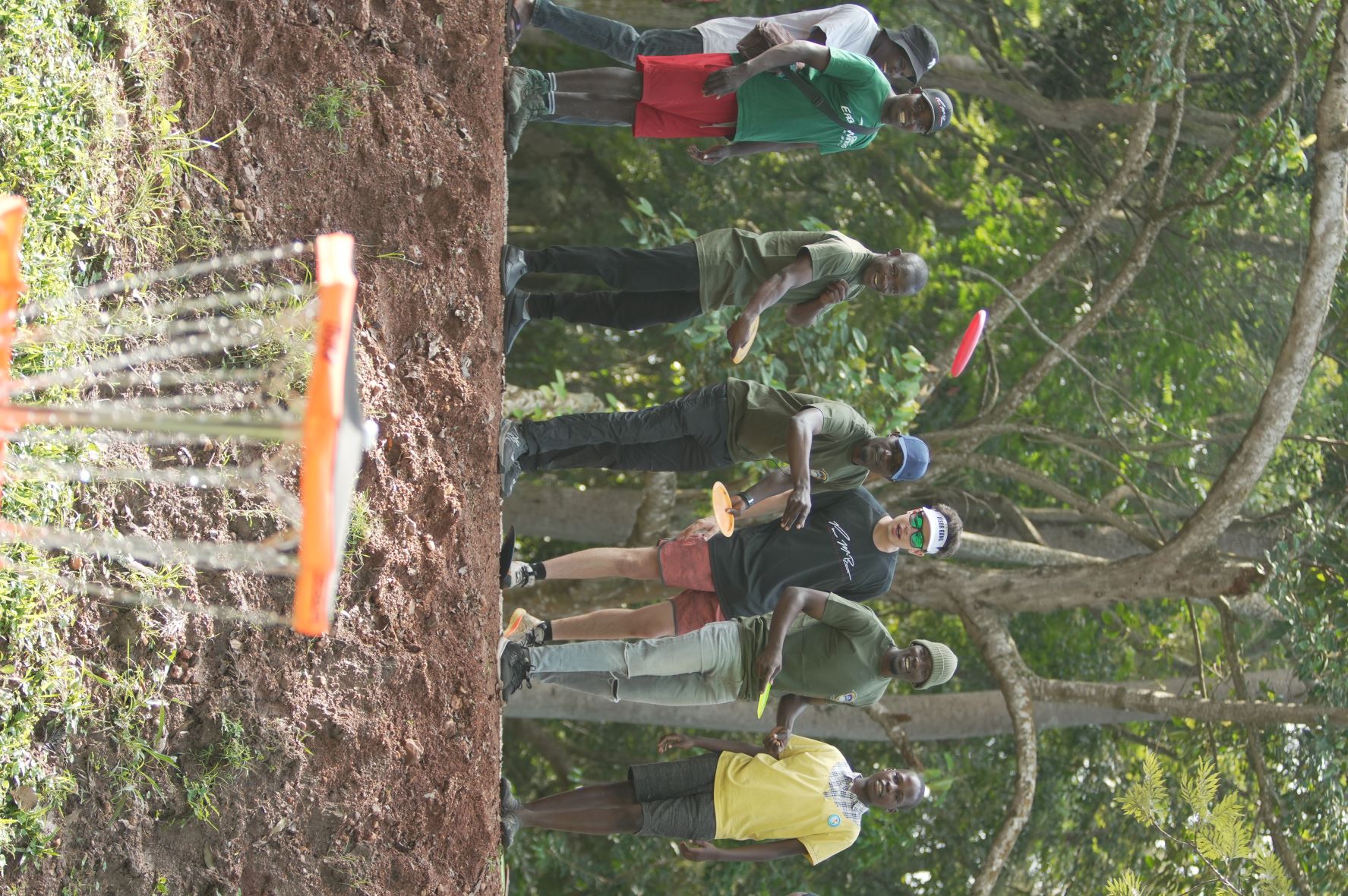 Joey Tamali, of the Paul McBeth Foundation, teaching approach shots during a clinic.

Beyond the foundation and its project supporters, who include the PDGA's Marco Polo Program, Ledgestone and UDisc, the local driving forces are the University’s Chaplain, Reverend Latimer Muwanguzi #236541, and a former student, Israel, will be responsible for managing the facility and its activities. In a remarkable example of “it truly is a small world”, Ndejje Vice-Chancellor Eriabu Lugujjo revealed to the team that he in fact had been introduced to disc golf almost 50 years ago, when he was a post-grad student at CalTech in Pasadena, California. We suspect that he was taught by none other than our founding father, Steady Ed Headrick #001. How prophetic is that?!

This past week, the project truly took flight. After teaching the basics to several groups of 30 initiates each, the team returned from lunch to find a DGA portable still surrounded by students determined to improve their putting. Uganda’s Deputy Prime Minister and Minister of East African Community Affairs attended the official course opening. As the East Africa University Games participants arrived, they were asking when disc golf can be brought to their schools and countries and are being steered to the Paul McBeth Foundation and the PDGA. In short, Ndejje University holds the potential to be one of the most impactful and influential disc golf projects anywhere.

To everyone directly involved, and to all of you who have contributed to the foundation, we say “Weebale Nnyo” (thanks very much in Luganda).

If you have not already done so, please now consider becoming a Builders Club member of the Paul McBeth Foundation. Your support will enable them and their partners, including PDGA, to continue to identify ideal locales around the world like Ndejje University where our efforts to build the game will be sustained and replicated, for generations to come.

Zachary Smith of the Paul McBeth Foundation contributed to this report.