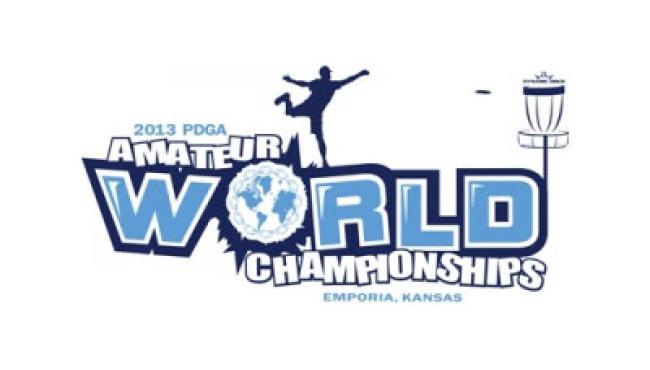 The Professional Disc Golf Association is pleased to announce that the organization will be shifting to a “True Amateur” format for the PDGA Amateur Disc Golf World Championships, beginning this year in Emporia, Kansas.

The competition will still feature the best amateur disc golfers on the planet competing for world titles in multiple divisions, but instead of non-cash prizes, the event will put forth an extra effort on creating an unforgettable experience for all competitors, with trophies presented to the top finishers in each division.

It has been the wish of PDGA Executive Director, Brian Graham to change the association’s Am Worlds model for some time now and the PDGA Board of Directors were unanimously in favor of it. Jeremy Rusco, 2013 Am Worlds tournament director, was also an early proponent of the shift and in fact, structured his Am Worlds bid to implement the “True Amateur” format in 2013.

While the “True Amateur” model may be new to the Amateur World Championships, it is definitely not new to the sport. In recent years a number of high profile events have successfully shifted to “True Amateur” including The Memorial Championship, the “Steady” Ed Headrick Masters Cup, and the Kansas City Wide Open.

“Our amateur payout model has always been out of the norm compared to most other sports,” stated Executive Director, Brian Graham. “We’ve often straddled the line between professionalism and true amateurism with our payouts. There are many good reasons why nearly all other sports use a true amateur model. I am pleased that the PDGA is now promoting this model and I hope that other disc golf events will move in this direction.”

The 2013 Am Worlds will feature one of the largest player packages in the tournament’s history, as well as a host of ancillary activities including a Player’s Party, Poker Night, Fly Mart, Field Events, Doubles and more. The value will remain in the event but an enhanced experience will be shared by more people.

At the conclusion of the competition, unique event trophies will be presented to the top finishers in each division and the divisional winners will be crowned world champions and presented with the traditional world champion’s basket from DGA.

Invitations to the 2013 PDGA Amateur Disc Golf World Championships are being emailed this week and registration for invitees opens on March 29. We look forward to seeing you in Emporia in July!