W.R. Jackson Course Gets Facelift Ahead Of HOFC

W.R. Jackson Course Gets Facelift Ahead Of HOFC 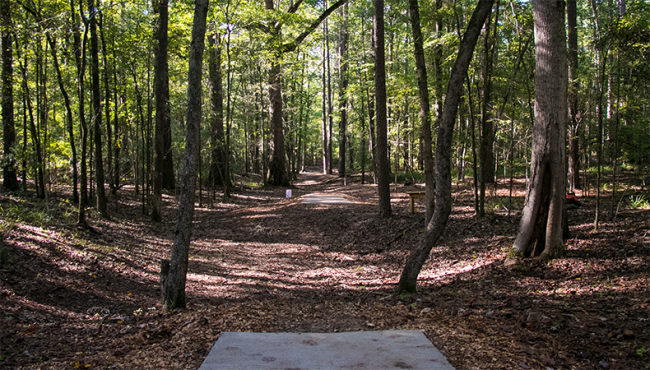 First erected in 2007, the W.R. Jackson Course at the International Disc Golf Center in Appling, Georgia, is the crown jewel of the Professional Disc Golf Association’s global headquarters. Originally clocking in at more than 9,500 feet and boasting a par of 68 from the long tees, it’s long been featured at PDGA Major events – namely, 2017 Pro Worlds and the 2011 PDGA Championship – and has anchored the Ed Headrick Disc Golf Hall of Fame Classic since it opened.

But as disc golf has grown, so has the need for some changes to the revered track. And that doesn’t happen overnight.

In fact, it’s taken roughly two years. Now, with the Hall of Fame Classic set to put a bow on another PDGA National Tour season in two weeks, Jackson is ready to be unveiled after a labor-intensive facelift spearheaded by IDGC Manager and HOFC Tournament Director Zach Shafer and IDGC Assistant Tom Lynch.

Six new holes, three more short tees, and the removal of holes 11 through 13 – previously known as the oft-maligned “Turkey Gulch” – highlight the main revisions to the layout, which ultimately keeps the par at 68 while adding significant distance to bring its new length to 10,485 feet.

The modifications weren’t made simply for the sake of change, though. Instead, Shafer said sustainability was a significant factor.

“The main catalyst behind making the changes was a risk management play for both players and spectators alike,” Shafer said. “Previous years, especially in the Turkey Gulch area – it was a nightmare for our spotters, our gallery cards to move the players through and still have the players be comfortable.”

Course flow was also a concern, Shafer said, and the new holes – which extend into a previously unused portion of Wildwood Park, which houses the IDGC – should mitigate backups and any chance of players being in view of other cards while walking from one fairway to another.

The changes start early, as holes 3 through 6 are entirely new. The first in that stretch is a 726-foot par-4 that includes a short tee that brings the hole down to 594 feet. Hole 4 features one pad and a left-to-right fairway that comes in at 327 feet. Hole 6, meanwhile, plays uphill and boasts a split fairway for competitors to choose their line of attack.

It’s hole 5, though, that Shafer said is his favorite of the new section. A 432-foot (363 from the shorts) par-3 that he compared to Blue Ribbon Pines’ 4th, the fairway is carved by a natural dry ravine and is flanked by 200-year-old poplar trees. 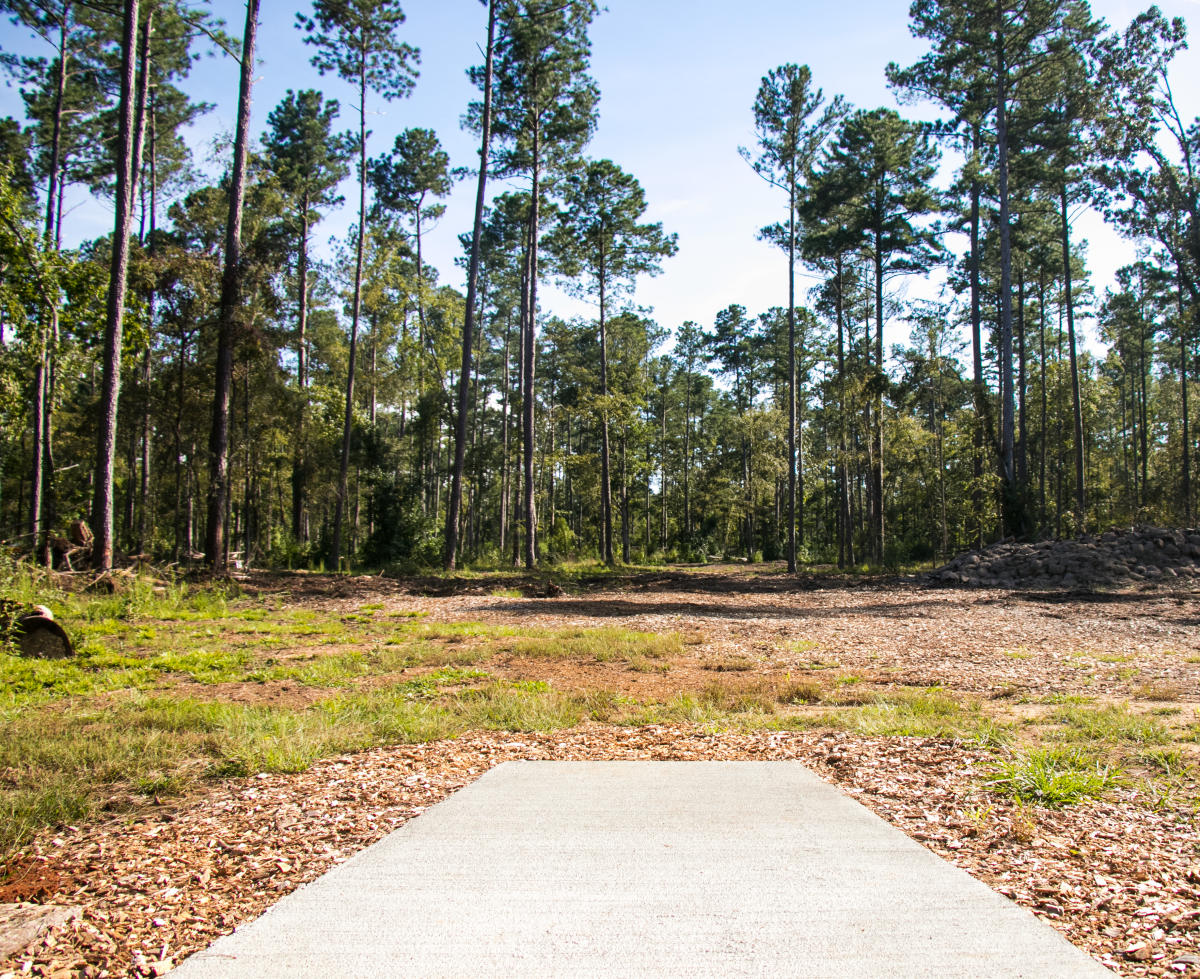 W.R. Jackson's 3rd kicks off the beginning of its redesign. Photo: Dalton Slantis

The changes don’t stop with the opening section, though. Holes 11 and 16 will both be fresh, with righthand-backhanded turnovers required off the tee. The mandatory and drop zone will be removed from hole 17, as well, and two new bridges totaling more than 40 feet in length were constructed.

Aside from the physical labor – Shafer said he and Lynch each put in more than 1,000 hours since the project commenced on Halloween 2016 – bureaucratic negotiations were a significant component of the redesign. Shafer needed clearance from the Army Corps of Engineers to even look at the new swath of land now being employed, then had to work with park administration for their own permissions. The process took three-to-four months of back-and-forth negotiations, but it was worth the wait.

“All in all we were gifted from the county in our lease – without sustaining any additional expenses for the PDGA – 25 acres,” Shafer said.

Indeed, none of the work, aside from Shafer and Lynch’s salary, has come at the cost of members. All of the funding was secured through the International Disc Golf Center endowment fund and the Disc Golf Foundation. Shafer and Lynch received no extra compensation for their added time, which found them working until sundown in the summer and then returning home to catch up on office work and tournament organization duties. Because, yes, they still have an event to run in 14 days. 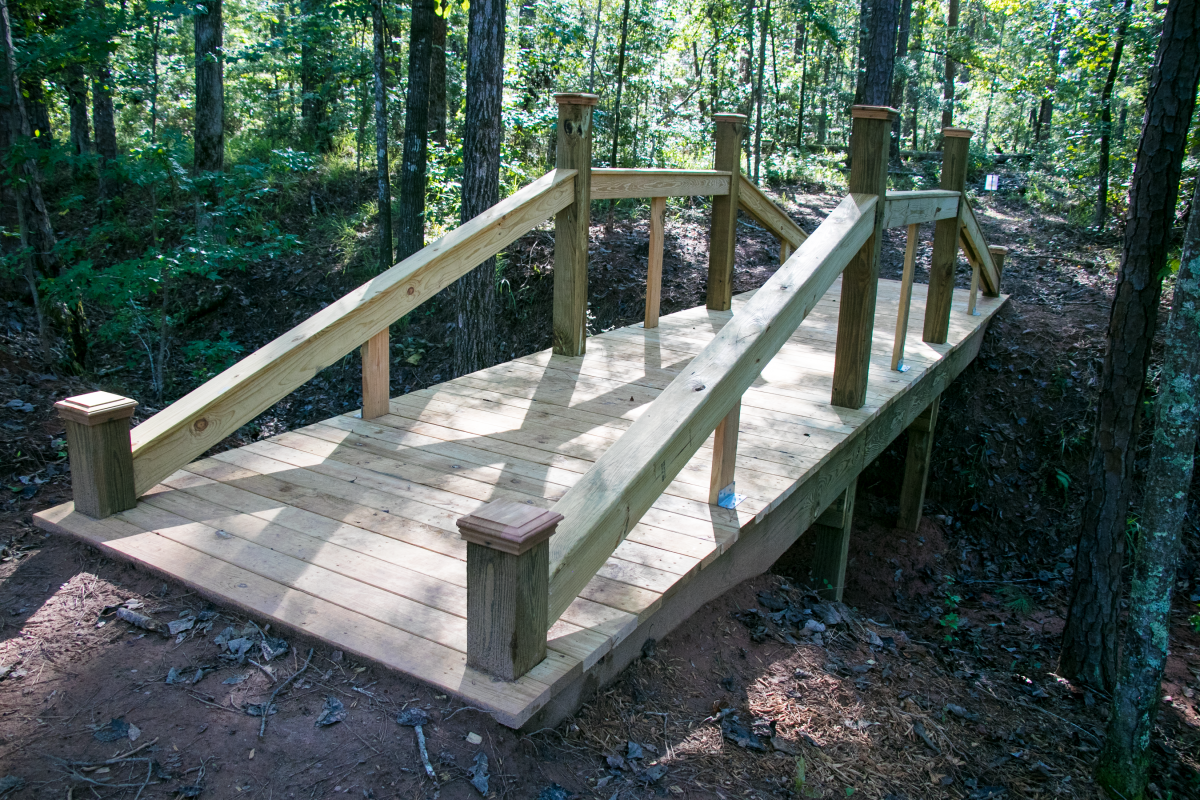 Shafer was effusive in his praise for Lynch, who he has known since their post-high school days maintaining parks in their native Michigan.

“If it’s just me or just him, it’s a lot harder to keep doing,” Shafer said. “Having us both there being involved really helped with the process…It’s kind of a coming of age for him, I guess. He didn’t have a whole lot of experience coming into this project. By the end of this project, I would recommend him to go do jobs [on his own]. He had a lot of questions and would make sure things got done right.”

With the tournament in the offing, Shafer didn’t express any hesitation about the big reveal. Early feedback on the redesign has been positive, he said, even if a couple holes still need to be broken in and may not display as well on camera.

“I’m pretty confident most people are gonna enjoy the course,” Shafer said, “and that’s what the goal is.”

Very excited about these edits to the course. I wish I were closer and able to play it more often. Thanks Zach, Tom, PDGA, DGF!!!

W.R. Jackson is one of my top 5 courses in the world. Excited to see the changes!