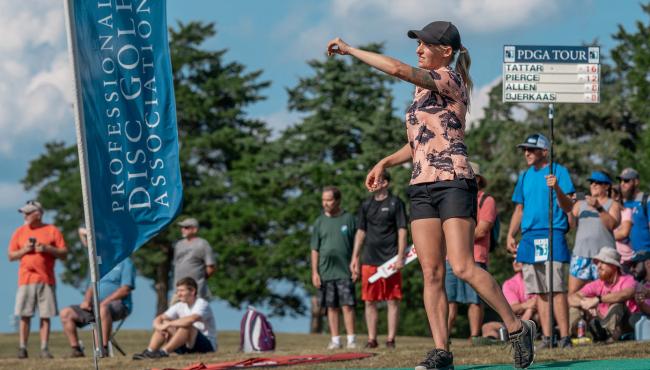 The time has come for disc golf clubs and organizations who want to bring the best of the best in disc golf to your area for a PDGA-owned Major to get in on the process.

By awarding the bid to host these events by the end of 2021, the selected hosts will be provided ample time to ensure a high-quality experience for all PDGA Major competitors, supporters and spectators. The PDGA will continue with this timeline moving forward.

All bids are reviewed by the PDGA Staff and Board of Directors and a host is selected based upon their experience running a large, sanctioned disc golf event, the contents of the bid, suitable facilities, proximity of courses/venues to each other, as well as various other requirements.

The 2023 PDGA Majors Bid Packages can be viewed and/or downloaded from the documents section at the bottom of the PDGA Major events page.

2023 bid opportunities will include a new PDGA Major for top-level professionals in the PDGA Champions Cup, an invite-based event that will run in the spring. With the inaugural event taking place in April 2022, this new event is sure to bring in top talent, vast media opportunities and exposure, and a significant economic impact to the host community.

Also new in 2023 is the prioritization of specific PDGA Major events in an attempt to provide more balanced and viable opportunities for our hosts by reducing the potential for geographic conflict. Should the PDGA not receive viable bids for both Masters Worlds and U.S. Masters during a particular bid cycle, or if the only viable bids for both are from regions within geographic proximity, the PDGA will place the priority on Masters Worlds and not hold a U.S. Masters event during that year.

“The PDGA is excited for the next iteration of the national and world championship events, as they are a direct reflection of the growth of our sport and the increased demand to bid on and participate in a PDGA Major,” PDGA Director of Operations Michael Downes said. “Over the last several years, we have seen an exponential increase in the number of members wishing to compete for a championship title. The future of these championships looks bright, and now, with the introduction of a fourth Pro Major, we offer more opportunity for our top-level professionals. We can’t wait to see the bar raised as the events continue to grow, and we are thrilled to receive and review bids for these 2023 events!”

For each of its world championships, the PDGA seeks hosts and encourages bids from around the world. An experienced disc golf club, non/for-profit businesses, individual working in conjunction with a community sports commission, visitor’s bureau, and/or facilities owner can submit a bid to host an event, or a combination thereof. U.S. national championships must be contested within the United States.

We want to thank the many dedicated volunteers, tournament directors, event sponsors, city hosts, and everyone involved in making these events possible, and look forward to the future of these great PDGA Major Championships!

Whatever happened to Mauka, in Princeville on Kauai?
I played that course 4 years ago...and it was amazing! Story I was told at the Pro Shop was that Innova built that course for this very purpose!