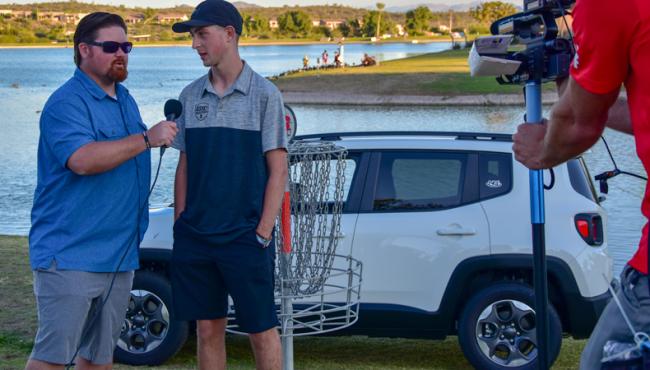 Silas Schultz being interviewed by Terry Miller of SmashBoxxTV with his Jeep Renegade prize in the background. Photo: Matt Gregoire

After a grueling six rounds of disc golf, the 2018 Next Generation Disc Golf National Championship has come to an end and with it comes redemption for Louisiana’s Silas Schultz. Schultz, having lost in a sudden-death playoff at the same event a year prior, returned to Fountain Hills, Arizona and was handed the keys to a 2018 Jeep Renegade on the 18th green, the largest prize in disc golf history. Unfortunately for Schultz, driving the Jeep will have to wait until April of 2019 when he turns 16!

Coming in off a first round that left him five off the lead, Schultz turned up the heat for round two on Friday afternoon to shoot the hot round of 47 on the par 56 Memorial Championship layout at Fountain Hills. With that hot round came a three-stroke lead on the rest of the field, and Schultz never looked back. Although constantly chased by Michigan’s Kyle Klein, Schultz would continue to lead the field by three or more through both the rounds on Saturday and the quarterfinals on Sunday morning. 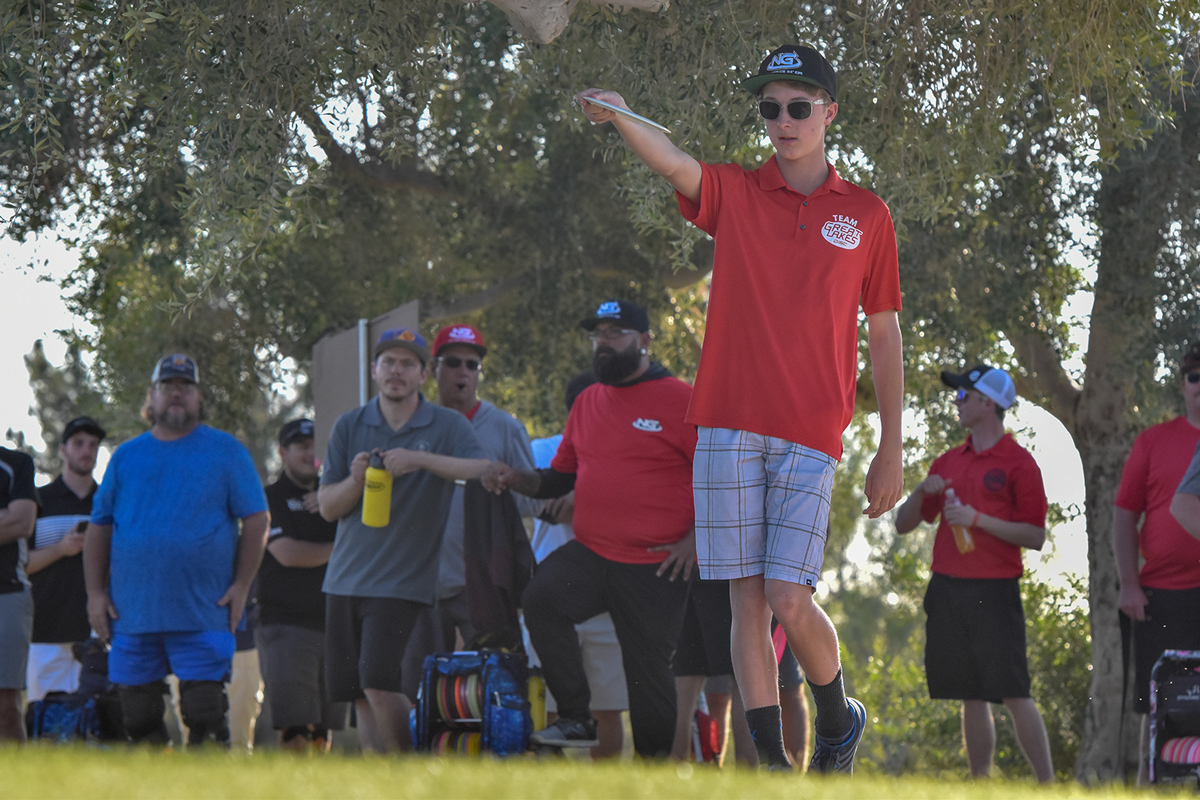 Kyle Klein lines up his tee shot on hole 2 during the finals. Photo: Matt Gregoire

With the field cut down to just the top 16 for the semis, Schultz had amassed a lead of six over Klein and 10 or more for the remaining 14 competitors. With eyes on the prize, he padded the lead by two more during the nine-hole loop of the semis, meaning he would head into the same nine-hole loop for the finals with an eight-stroke margin. When the semifinals had come to an end, the finals grouping would consist of Schultz at 274, Klein at 282, Arizona’s Alex Miller at 289, Kansas’ Harold Greer at 290, and Washington’s Quinn Rodius at 291.

Eight strokes over nine holes might sound like enough to be comfortable, but anything can happen at Fountain Hills, especially under pressure. On the second hole of the nine-hole loop, a 780-foot par four with OB water on the left and flagged OB on the right, Schultz left his par putt short and gave up a stroke to both Klein and Greer, and two strokes to Rodius who carded an amazing birdie three.

That trend continued. Klein gained two more with back-to-back birdies on holes three and four and gained yet another on Schultz two holes later on six. Suddenly, with three holes to go, Klein was just four off the lead. Had Klein made either of his birdie putts on holes seven and eight, this story could have had a different ending. On both, Schultz had already missed his birdie putts before Klein took his, meaning both of Klein’s putts were genuine opportunities to tighten the race. 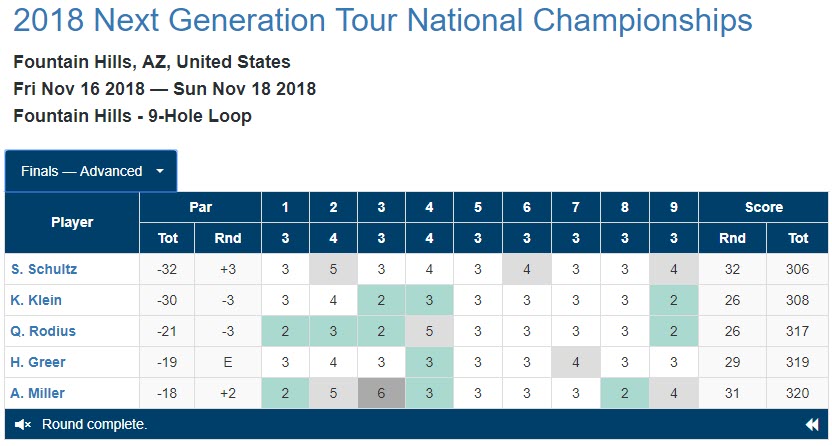 Heading into the last hole of the loop, course hole 18, there wasn’t much that Klein could do. Despite taking a bogey with an OB penalty from his drive against Klein’s birdie, Schultz was able to tap in in front of the gallery for the win. As soon as the putter hit the chains, Next Generation Disc Golf founder Dave Feldberg drove the 2018 Jeep Renegade right onto the green and handed the keys to Silas, who responded jokingly by saying, “I don't know what to do with these.”

Since he couldn’t drive it off himself, Harold Greer did it for him with Schultz riding shotgun and the other three cardmates in the back.