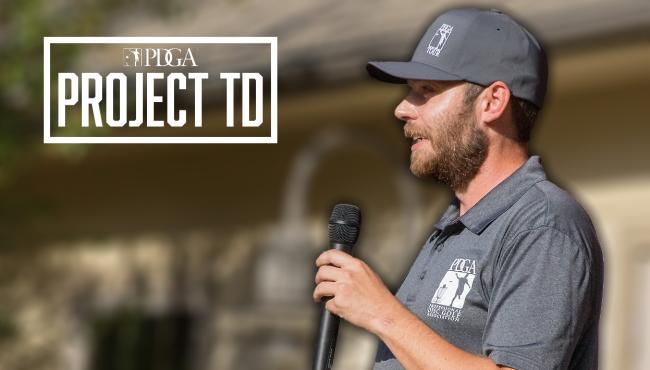 If it's useful and commemorative, then that is what competitors want most in the player’s packs at tournaments that they are attending.

We asked a simple question: Besides discs and shirts, what are your favorite player pack items?

While custom-stamped discs and shirts are standards in most packs, players said that useful items, such as towels, water bottles, minis, umbrellas and socks, were among their favorites to receive.

Here’s an interesting idea that serves a few purposes:

One of the coolest items I got was a towel with the whole map of the course on it. – Drake Z

This tournament director looked at the weather forecast before the event and nailed it.

"I played a tournament a few years ago and some pretty sweet umbrellas were included in the already stacked player pack. It rained during the second round, worked out perfectly!" – Scott B 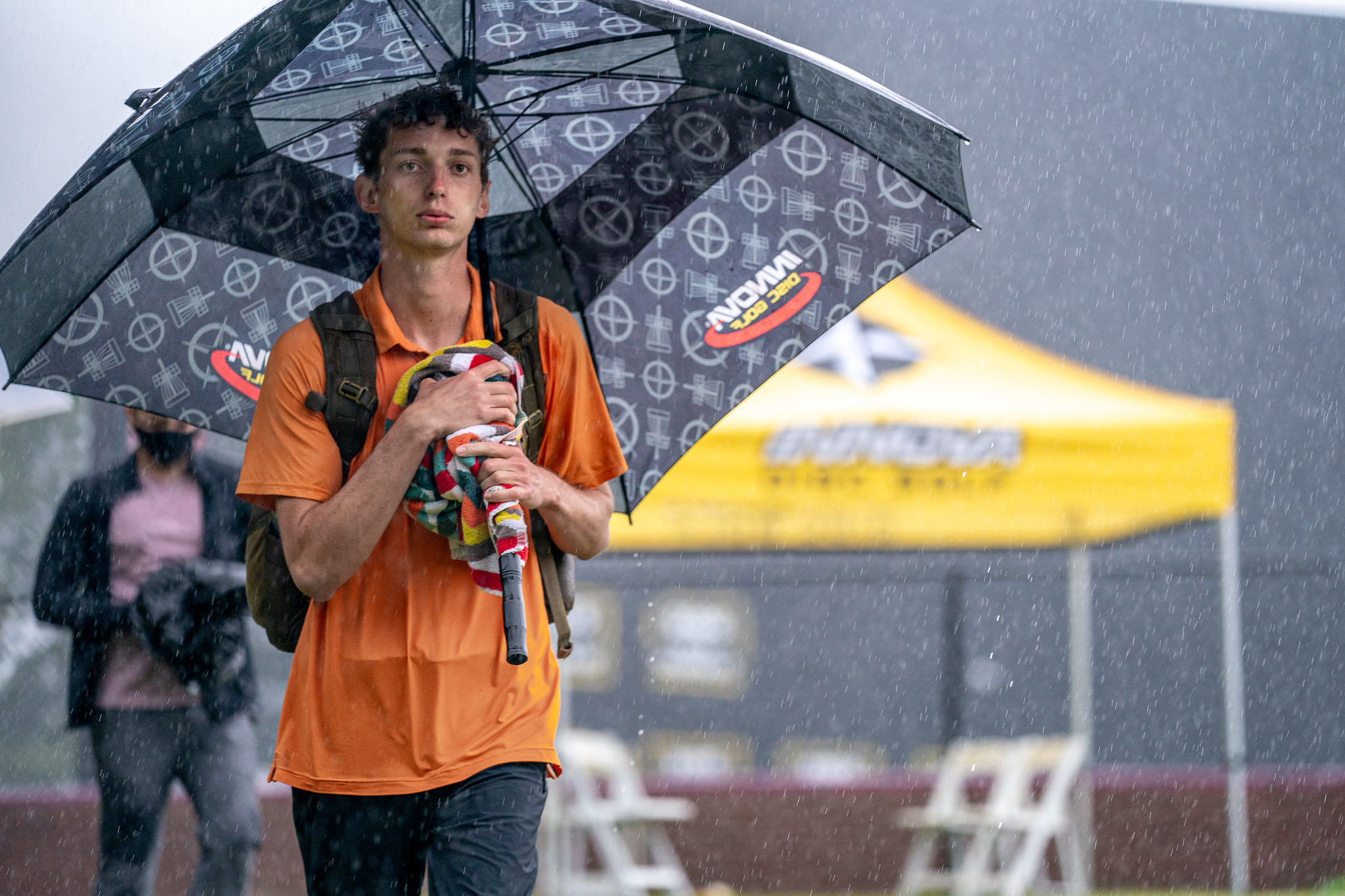 Calvin Heimburg shows how useful a towel and umbrella can be during a tournament. Photo: PDGA

Preparation for a tournament is key but sometimes you forget things the morning of the event and some useful items have come up clutch for some players.

"Chapstick, small bottles of water, kleenex, small sunscreen bottle, small snack/granola bars. Things that would be useful that you may have forgotten day of." — Lora Murtha

"Don't even really care for shirts unless they're like active wear. I'm looking for things that are useful on the course. Towels, water bottles, touches, minis, clipboards, umbrellas, shamis.." — @KayBowDG

A really cool idea came from @kels113857 as a way to support your local sponsors and small businesses.

"Local goods. At 2019 USWDGC along with the normal dg players pack items we got local made hot sauce, soaps and chapsticks. I love the idea of local small businesses being included and it’s good promotion."

There were some suggestions that tournament directors really can’t help you with, though.

Disc golfers like to remember their tournaments so player’s pack items can help them do just that.

"I have gotten a few pint glasses with the tournament logo on it and I love them!" – Andrew W

"Minis are super cool to collect from tournaments! One of my favorites to get for sure!" – Jake M

"Towels, commemorative minis, anything with the event design on it so I can remember where it came from." — @playsdg

The responses were wide-ranging, but unique items to your event, as well as functional items, were definitely among the most popular replies.

What are your favorite items that you’ve received in a player’s pack?

I think it would be cool to have a Bag Pin of the course/tourney/place etc. It'd be on my bag and a constant (awesome) reminder of the tournament.
--Kent