Ohn Battles Through; Schick Rises as Action Picks Up in Missouri

Ohn Battles Through; Schick Rises as Action Picks Up in Missouri 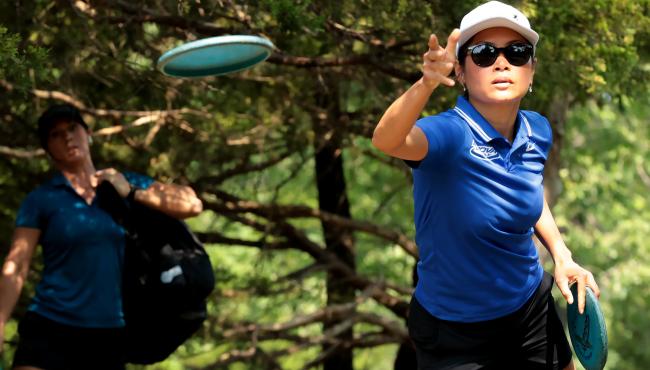 Ohn Scoggins suffered an injury setback early in the round, but she powered through and her competitors, who are vying for a PDGA Major title like her, were there to help each step of the way.

“It was painful, but there’s nothing I can do but play through it,” said Scoggins, who maintained her one-stroke lead in FP40 at the 2021 PDGA Tim Selinske U.S. Masters Championships. “It bothered me so much, sidearm, backhand or just standing there. This is the first time I’ve gone through something like this, so I hope tomorrow is better.”

Jennifer Allen carried Scoggins’ bag and helped her stretch her back. Jenny Umstead – in the middle of the round – gave Scoggins her cart to use. 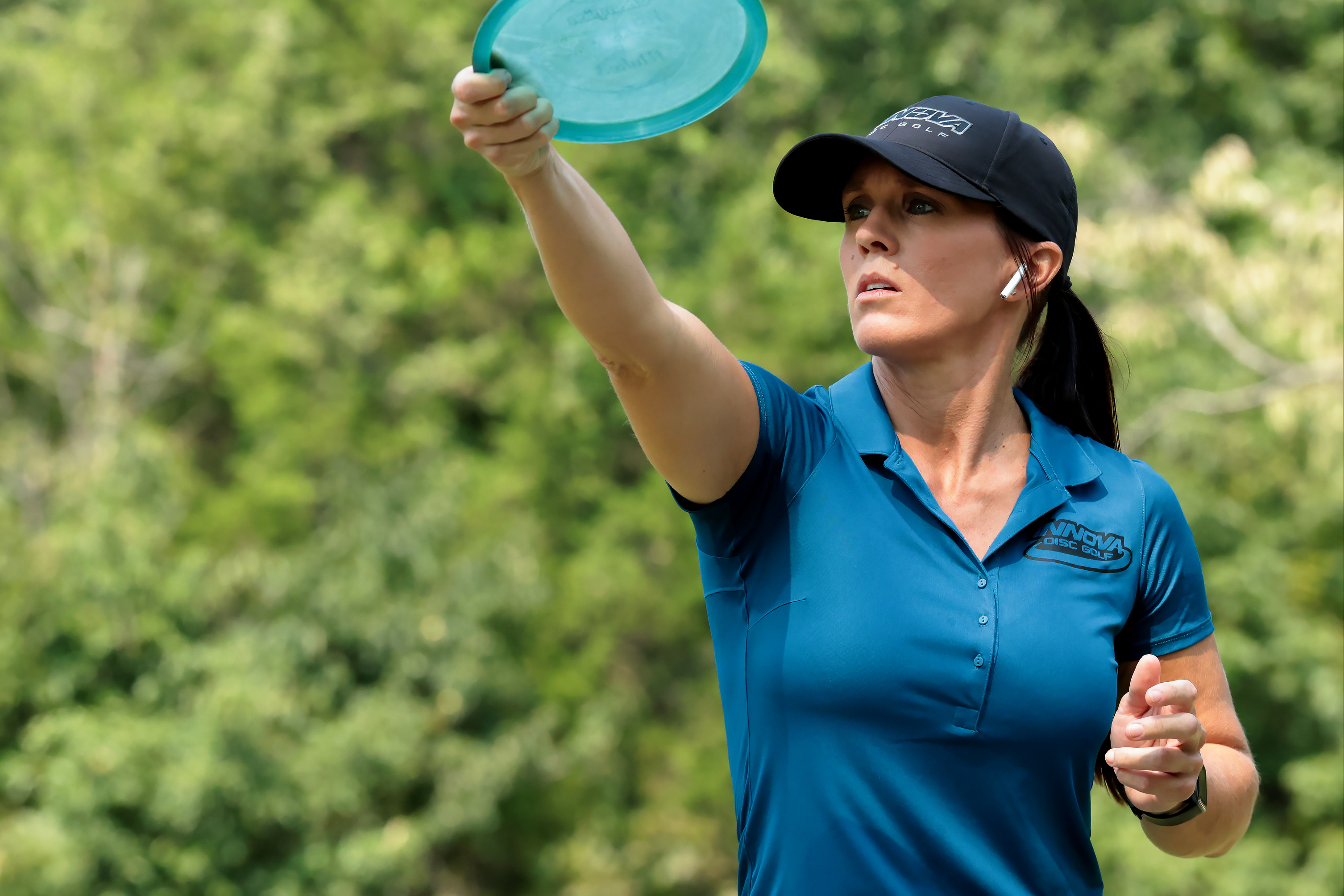 “That’s what I love about disc golf,” Scoggins said. “You don’t just play with your competitors, but you play with your friends. Jen tried to stretch it out, fix me and carried my bag. Jenny let me borrow her cart. I love them. Those are my friends. They look up to me, I look up to them. That’s why I love disc golf.”

Scoggins leads Allen by one stroke and has a narrow four-stroke cushion over Des Reading and Melinda Ring as action shifts to Albert Oakland Park for round three on Saturday.

Brad Schick fired off the top round to jump to a tie for the lead in MP40. Photo: Kevin Huver / PDGA

Schick Jumps to Tie for Lead

Give yourself a chance and see what happens. That's what Brad Schick was aiming for entering this week.

Well, Schick did just that during Friday’s second round in Columbia, Missouri and now is tied atop the leader board in MP50.

“I’m right where I was hoping to be,” said Schick, who first played disc golf with his father and brother when he was 13 years old. “I knew it was going to be tight – Dave (Feldberg), Dutch (Napier), Kevin (McCoy), all of those guys, Geoff (Bennett). The list goes on in this division and there are so many good players.

“I was just hoping to give myself a chance and see what happens.”

Schick fired off one of two of the hot rounds of the day at The Dam Course to pull to a tie with Feldberg at 17-under par. Schick and Chris Farnham carded 10-under 53s in Jefferson City. Geoff Bennett is one stroke back at 16-under and Kevin McCoy will round out Saturday’s lead card at 15-under par. 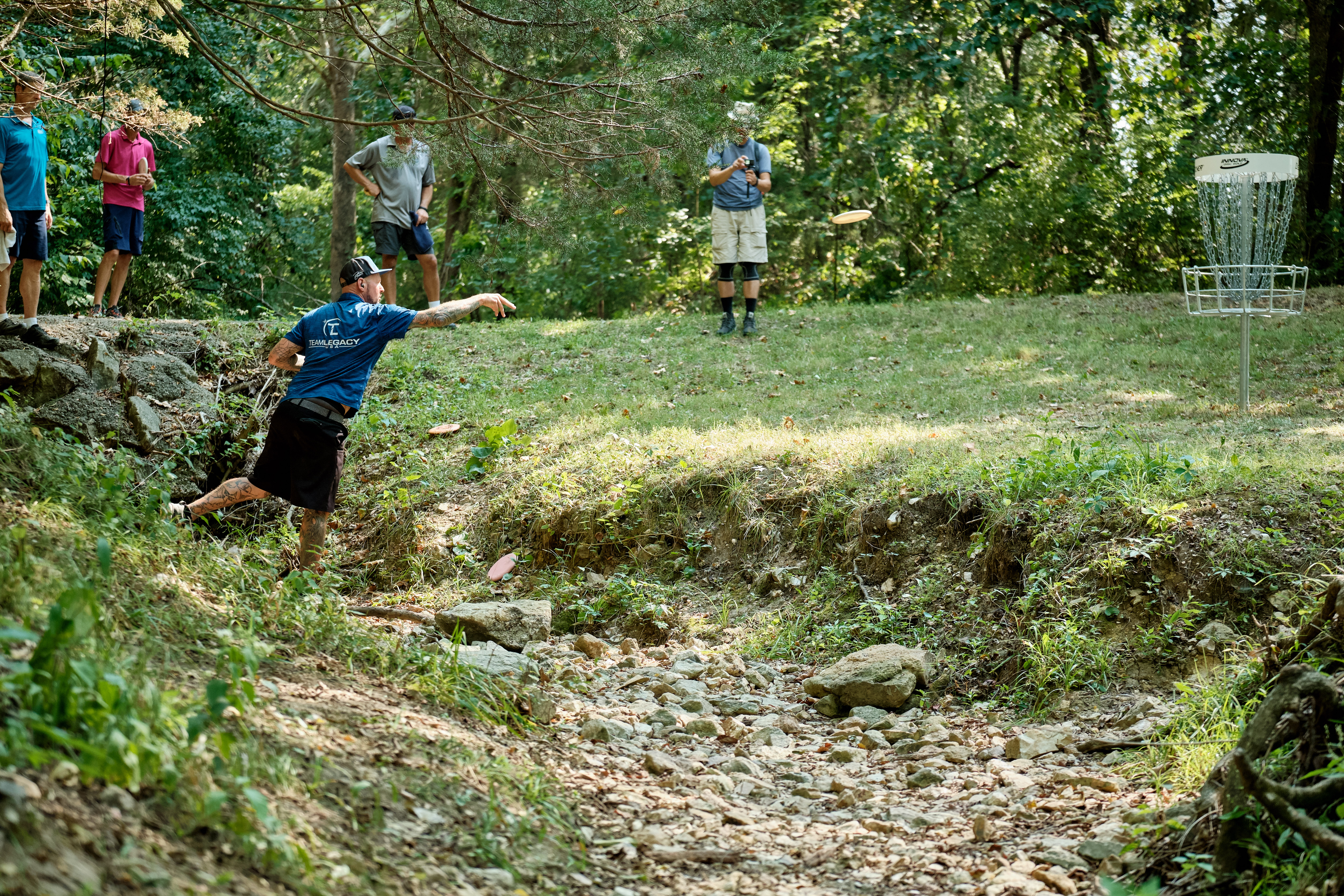 In MP50, there were some big moves near the top of the leaderboard.

Just not the very top.

Patrick Brown grew his lead to eight strokes with another hot round at Albert Oakland Park with a 1050-rated 44, giving him a 95 – 23-under par – total through 36 holes. 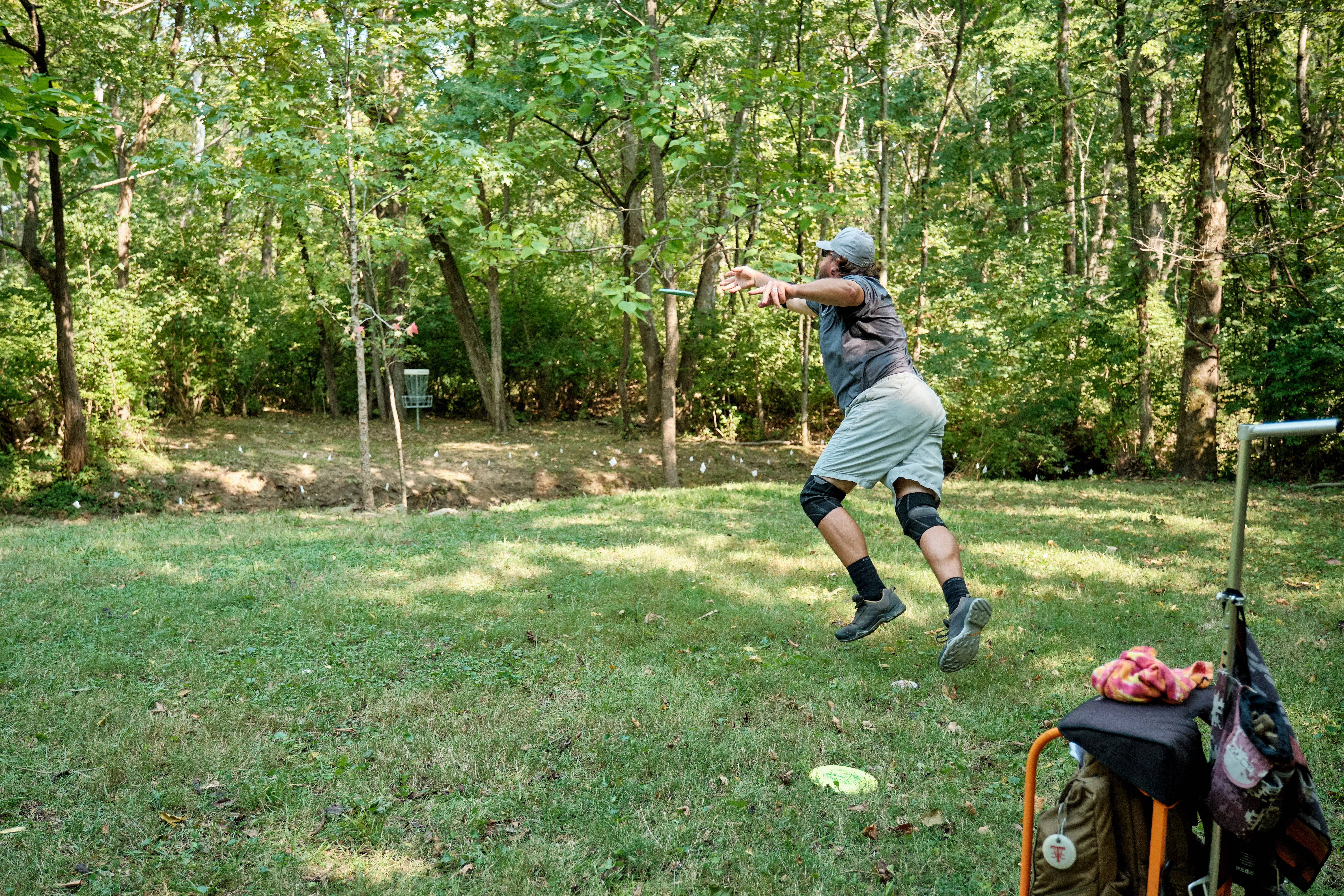 Blake Needles sits in second at 15-under and it was Jay Reading and Barry Schultz jumping to the lead card on Saturday as the division heads to the daunting, anything-can-happen Harmony Bends track.

Here’s a look at the rest of the field heading into moving day at Selinske Masters:

Once again, the scores are tight in Columbia and the pressure is picking up heading into moving day at the Selinske Masters.