A Pair of Co-Leaders Set the Pace

A Pair of Co-Leaders Set the Pace 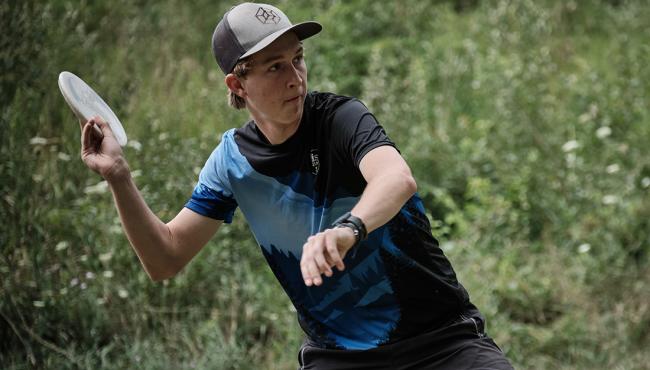 Michigan's Kyle Klein is the co-leader after the first round at DGLO. Photo: Kevin Huver / DGPT

All four co-leaders after the first round of the 2022 DGPT – Discraft Great Lakes Open finished on the podium last year.

They’re making an early push for the trophy this year in Milford, Michigan. 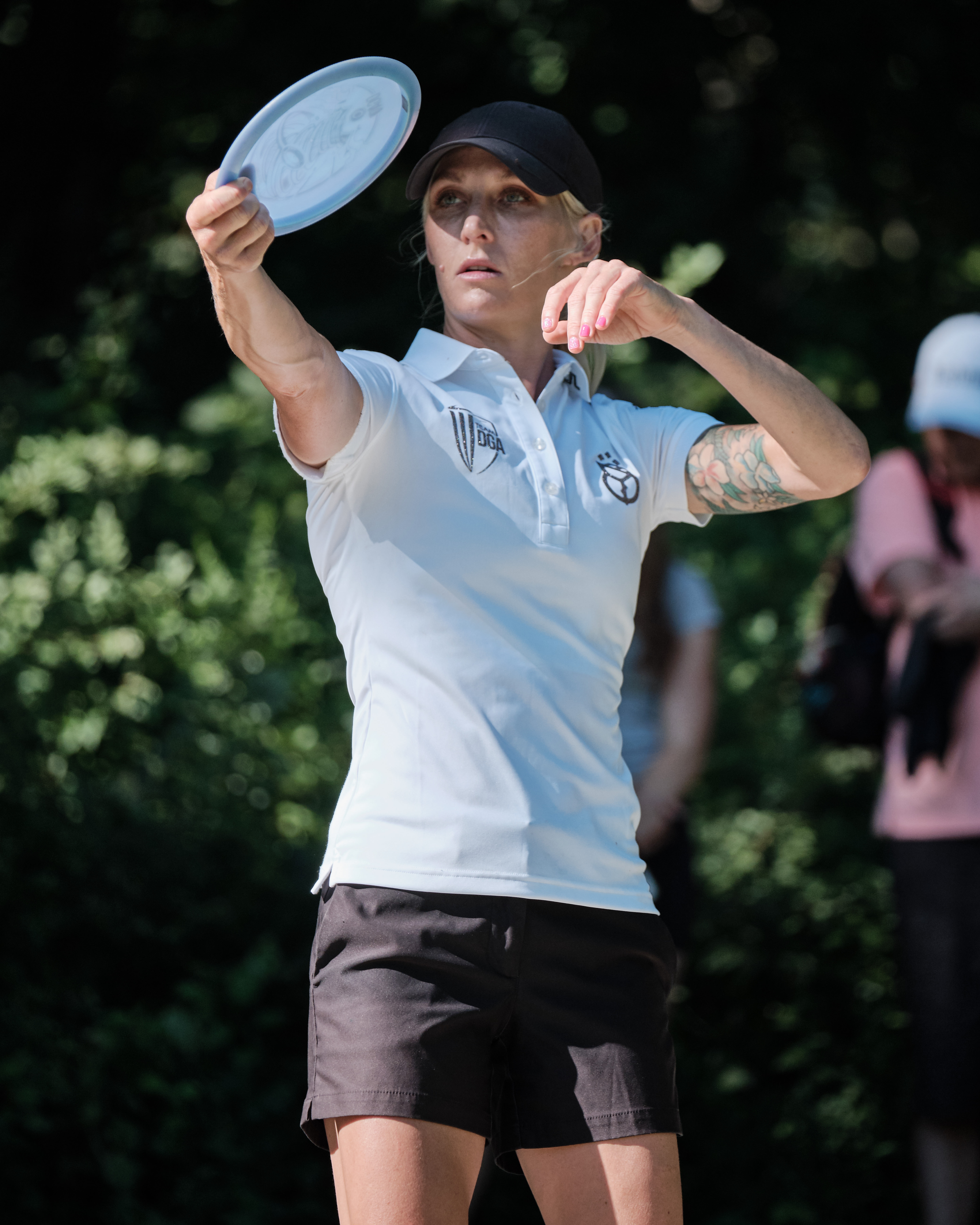 Catrina Allen finished strong for a 7-under round on Friday in Michigan. Photo: Kevin Huver / DGPT

Catrina Allen and Paige Pierce went two different ways – Allen finishing strong and Pierce coming out blazing – to find themselves tied atop the leaderboard after Friday’s round.

In the afternoon it was more of the same, Corey Ellis finished birdie-birdie to hit double digits while the Michigan native Kyle Klein found the 10-under mark on hole 16.

Pierce and Allen finished second and third, respectively, behind Kristin Tattar in 2021. Klein and Ellis grabbed the same finishes behind Eagle McMahon a year ago. Both Tattar and McMahon are not in action this weekend as a new champion will be crowned. 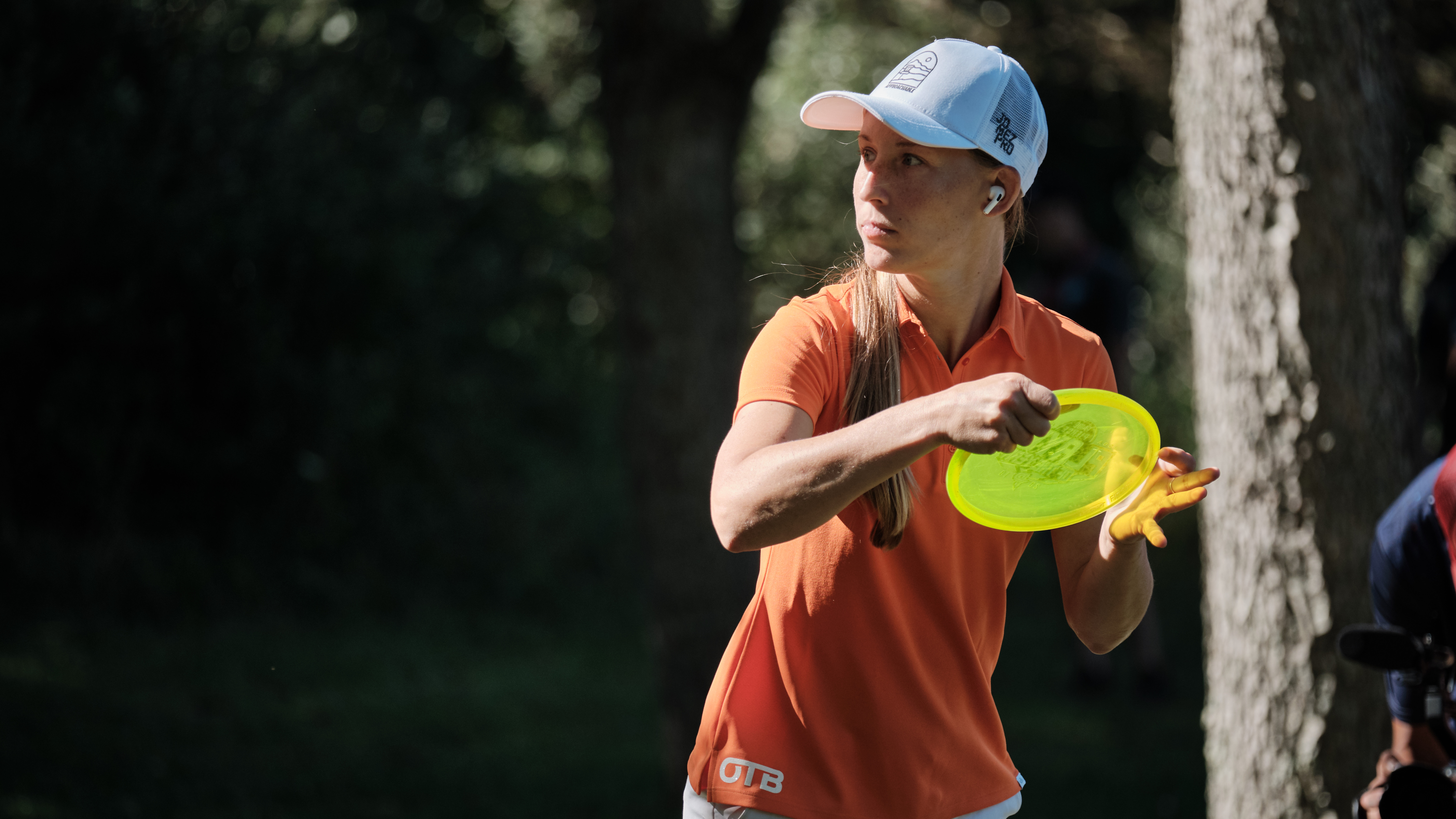 But that coronation is far from over. In both fields, the closes competitors are within just a single stroke.

Emily Beach and Valerie Mandujano round out the lead card in FPO and are joined by Natalie Ryan at 6-under par, just a stroke off the pace. Macie Velediaz rallied for a 5-under round and Juliana Korver and Ohn Scoggins are at 4-under heading into Saturday.

Pierce led the field in fairway hits, strokes gained tee-to-green (7.58) and had a 100% scramble rate when things went sideways at the Toboggan. Allen, meanwhile, was second in strokes gained putting, according to UDisc. 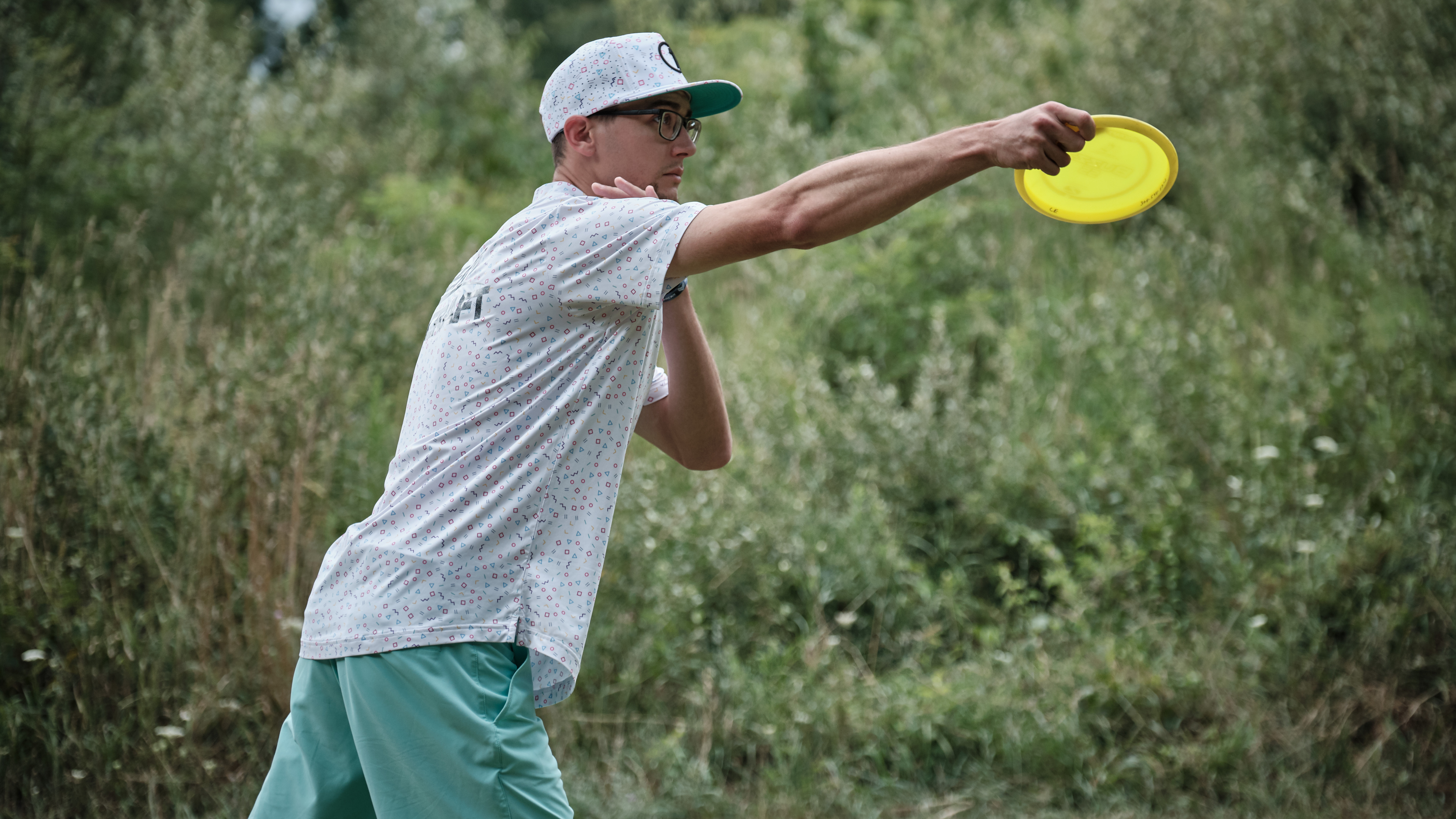 Corey Ellis found the podium at DGLO a year ago and is a co-leader after the first 18 in 2022. Photo: Kevin Huver / DGPT

In MPO, the margins are just as tight.

Paul McBeth was one the only player to open with a turkey of three birdies and one of three players to close the round in the same fashion. He’s one back at 9-under and Calvin Heimburg rounds out the lead card at 8-under par.

Albert Tamm and Brodie Smith set the early pace at 7-under and the number held for a long time. They’re joined by Gannon Buhr two strokes back and Simon Lizotte rounds out the chase card at 6-under par. Four more players are tied with Lizotte in eighth place.

Klein led a majority of the driving statistics in round one (parked, C1 in regulation, strokes gained tee to green) and Ellis had some highlight-reel drives as well to go with his usual stellar putting.

Round two coverage of DGLO begins at 9:15 a.m. ET for FPO and 3 p.m. ET for MPO on DiscGolfNetwork.com