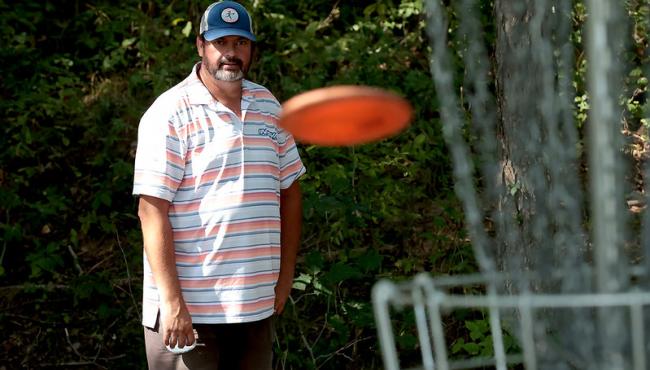 The PDGA is pleased to announce that four-time Elite Series TD, Jeff Jacquart, will become the Association’s first Director of Competition, beginning January 10, 2022.

The new directorate was created to oversee the development of all PDGA Majors and premier professional and amateur events, including coordination with the Disc Golf Pro Tour (DGPT) and PDGA Euro Tour.

Jacquart, who brings a 30-year career in city planning and public administration to go along with his deep experience as a premier-level disc golf event organizer, will have a long track record of success to build on as he enters the new role.

Since 2000, he has led the team that has grown the Las Vegas Challenge from a 44-player C-tier into a staple of the elite professional tour that regularly hosts over 500 players, and which will kick off the Disc Golf Pro Tour for the second-consecutive year when it returns in 2022. 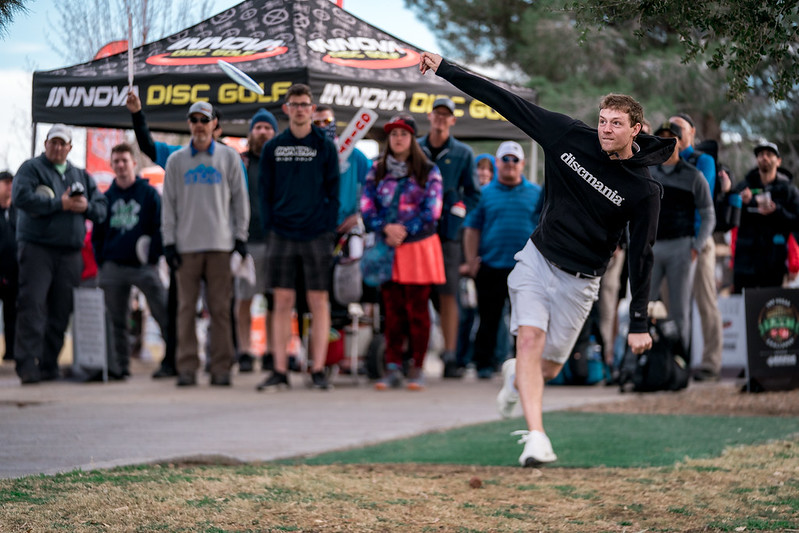 Simon Lizotte goes big in front of spectators and media at the 2019 Las Vegas Challenge. Fan experience has been a top priority for Jacquart and his staff since moving to the Wildhorse Golf Club in 2016. Photo: Alyssa Van Lanen.

The new position will be the first time that Jacquart, who first picked up a disc in the early 90’s after moving from Boulder to Las Vegas, will be engaged full-time in the disc golf industry.

“I was so excited because continuing to work in the disc golf environment is what I wanted to do after I retired from the county,” Jacquart said about receiving the offer from PDGA Executive Director Joe Chargualaf. “And now, to do it at a professional level with other major events is a dream come true.”

Jacquart will have a wide range of responsibilities including the planning and execution of major events, establishing competitive standards and requirements, managing bid processes, acquiring sponsors, performing site inspections and much more.

His experience in both the public sector and at the upper echelons of disc golf make him uniquely suited to the challenge.

“From a professional side, I’ve dealt with very difficult situations in my work with local governments,” Jacquart recounted. “I think that my experience balancing the needs of various parties, interests, legalities, will help me solve some of those issues in the disc golf world.

“But I also think that by running the LVC for the last 22 years, and with the knowledge and experience that has grown from that, I'm going to be able to help other events so they don’t have to relive errors or relearn solutions that have already been learned. I think that’s one thing that’s missing in the disc golf tournament world is that there’s a lot of people who want to do the right thing, but there’s not an easy access point or a venue for them to go and ask, ‘Where can I get help? What should I be doing? What should I avoid doing?’”

Jacquart’s addition to the PDGA roster comes at a time of unprecedented growth for the sport, with new players, fans and sponsors having raised the expectations, especially at the elite levels of competition.

“Our sport has grown so much that we’re having a hard time keeping up with expectations,” he said. “And it’s not just the expectations of the top players in the world. Now we also have a new element of expectations of spectators and sponsors. It doesn’t do any good to take time off from work, take time away from your family to make the investment to buy a spectator pass if the experience isn’t worth it. I’m hoping that we can establish some standards and look at the lessons learned so we don’t have issues like that in the future.”

Jacquart’s impact will be felt, not just among the elite touring professionals, but also among amateurs and age-based competitors participating in majors and other premier events.

“What’s important to me is that all premier events be treated the same and fairly,” said Jacquart, who himself traveled to compete in the 2021 Masters Worlds and Tim Selinske U.S. Masters events. “Even though the sponsorship may not be there, the atmosphere should be at the same level because they are paying the same amount of money and dedicating the same amount of time into the sport. It wouldn’t be fair not to have them feel like the experience is just as important as the Professional Disc Golf World Championships.”

He expects that by raising the standards at the elite levels of competition, TDs at the local level – from leagues to C-Tiers and even A-Tiers, will be inspired to follow suit.

“Elite events set the standard,” Jacquart emphasized. “When LVC was a C-Tier, and then a B-tier and then an A-Tier, we wanted to be at that standard, if not higher. So, if the majors and the elite tours are not at a higher standard, then that is not going to encourage the A-Tiers to also increase their standard, which would, in-turn, increase the standard for the B-Tiers.

“So, to me, it’s a domino effect. You set an example, being a leader in the sport, and these top-end tours have to be the shining star of the events so that when someone is running an A or a B-Tier, they also want to add that next extra element into their program so that they are standing out and becoming a shining star within their area or within their state, so that someday they can become a major or a tour event.”