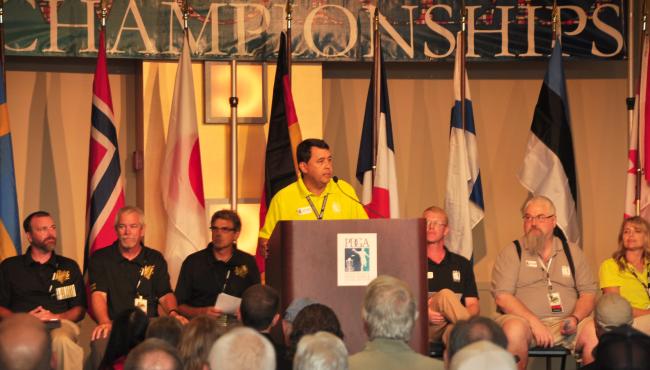 The PDGA staff is proud to announce the hiring of Brian Graham as the new Director of Membership & Growth, effective Monday, October 18.

Brian steered the PDGA Staff as the Executive Director from 2007 until 2016. In 2010, he received the "Steady" Ed Headrick Award, for continuing the legacy of the founding father of disc golf and was inducted into the Disc Golf Hall of Fame in 2017. Brian’s time as the Executive Director of the PDGA sparked the explosive growth our membership and events still experience today. 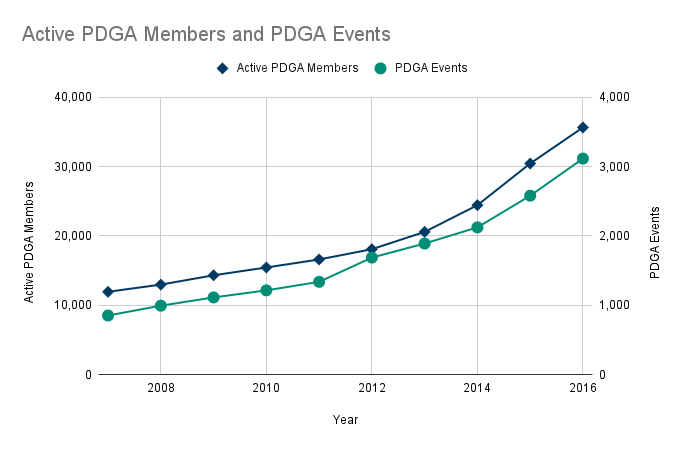 More recently, Brian has served as the CEO of the Augusta Sports Council, an independent 501(c)3 organization aimed at securing, creating, and managing sporting events in Augusta, Georgia, for the past three years. Additionally, he spent the past three years working with Georgia Sports, a membership-based marketing and tourism collaborative involving several sports-friendly communities in Georgia. He was the sitting President for Georgia Sports during 2021. His resume includes involvement in numerous other sports associations, engaging in board member and consultant roles for organizations with local and national reach.

Brian’s new role as the PDGA's Director of Membership & Growth will see him leading this newly established directorate in overseeing one of the most important PDGA core competencies, membership support, as well as programs directly designed to grow the awareness and participation of disc golf within emerging markets and underserved demographics. The functions that fall under this directorate include membership services and benefits, youth and education, international development, fulfillment operations, PDGA online store, as well as overseeing three committees and one task force (Seniors, Women, Military, and Diversity & Outreach). 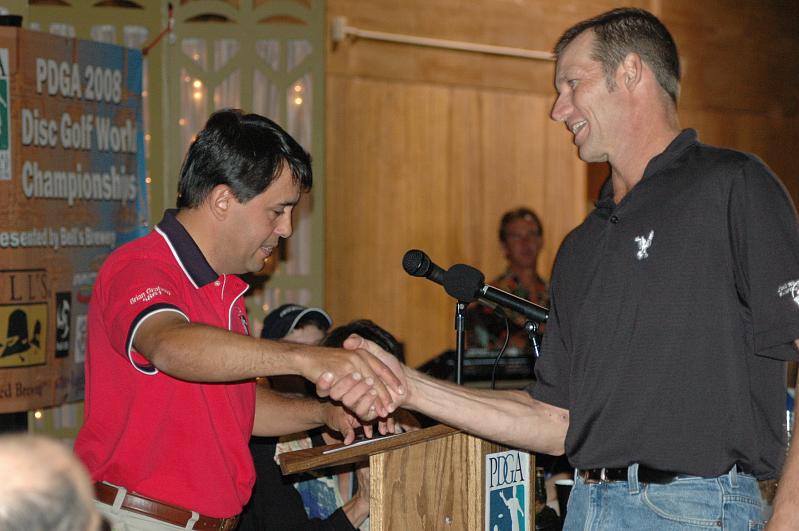 Brian Graham presenting Ken Climo with the 2007 PDGA MPO Player of the Year Award at the 2008 Pro Worlds in Kalamazoo, MI. Photo: PDGA

As previously mentioned, Brian’s experience as a leader in the sports industry extends beyond the PDGA and disc golf. Brian has appeared as a guest panelist and/or presenter at the U.S. Sports Congress, TEAMS, and SPORTS Relationship conferences. In 2014, he was honored by SportsEvents Magazine with an Éclat Award for brilliant performance in the sports industry, and, as mentioned above, Brian helped grow the PDGA into one of "10 events rights holders to watch,” according to Sports Planning Guide in 2016.

Our new Director of Membership & Growth brings apt perspective and experience to this new role on the PDGA staff. "I am extremely excited to be returning to the PDGA in my new role as Director of Membership & Growth," said Graham. "I look forward to serving the members once again, and helping our organization and sport continue its fantastic momentum into the mainstream."

Congratulations and Welcome back Brian.
Active members, PDGA, all its affiliates are in good hands as the future of our sport continues its momentum.

This is an abomination.

This is great news. Brian Graham’s hard work over many years resulted in stability and steady growth. He was responsible for the development of the IDGC. I am proud of this organization and will be a member for life.