Burridge Finishes Strong, Shinn Rises in Second Round at Toboggan

Burridge Finishes Strong, Shinn Rises in Second Round at Toboggan

Sheldon Shinn had the hot round at the Toboggan on Saturday in Michigan. Photo: Mike Downes / PDGA

Toboggan is a test of disc golf skill in more ways than one. It demands accuracy, control and distance.

The physical demands of the elevation-filled course are just as important.

After a slow start to the second round of the United States Amateur Disc Golf Championship, a PDGA Amateur Major, first-round leader Robert Burridge took off on the back half, finishing strong to build a four-stroke lead heading into Championship Sunday in Milford, Michigan.

Burridge, who led by three strokes after Friday’s opener, birdied Hole 9 for an even scorecard through the front half before picking up steam with a four-under, 1022-rated 59 finish and an 11-under total on for the tournament.

Sheldon Shinn took full advantage of moving day as he fired off Saturday’s hot round of 58 — 5 under — to jump from the chase card into second place and a 7-under total. From the third card, Harry Chace turned in a 61 to jump into a tie for fourth place with Sean Gilbert. 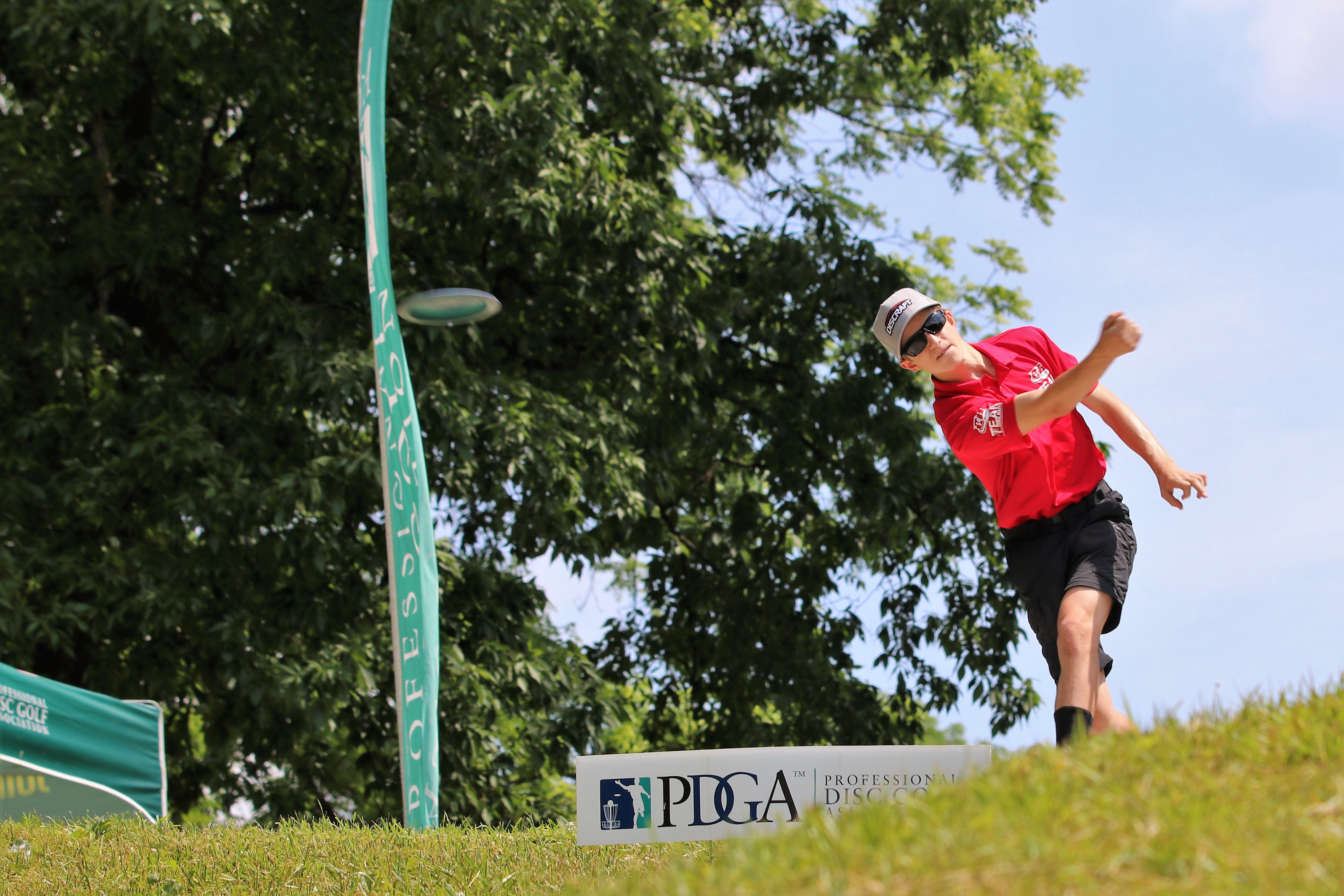 Luke Taylor tees off during the second round of the USADGC. Photo: Mike Downes / PDGA

Burridge, who still holds the hot round of the weekend at 56, birdied Hole 9 and 10 after his bogey on eight. After a second bogey on Hole 13, Burridge snagged a three on Hole 14 and was one of three players in the field on Saturday with a birdie three on Hole 15. 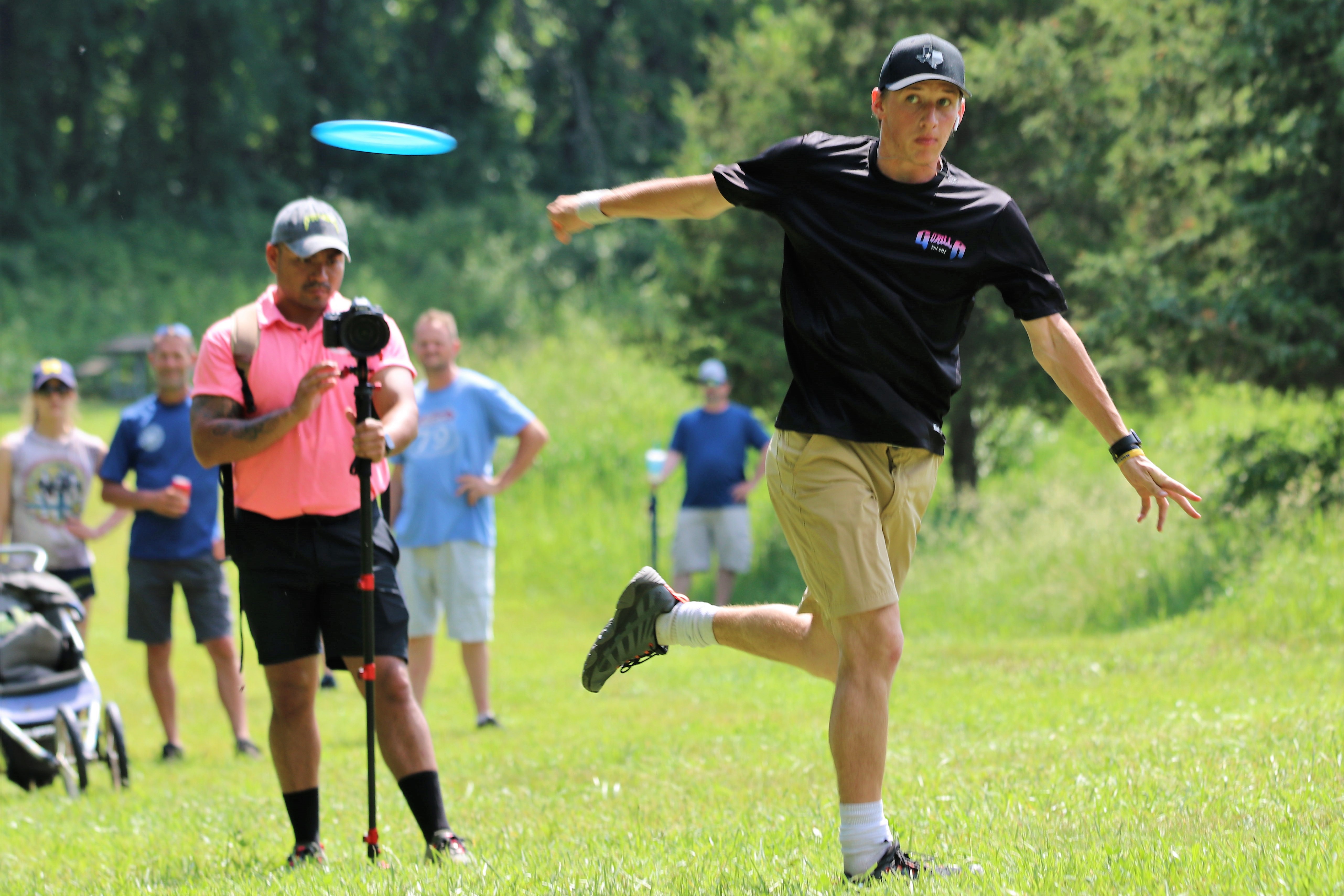 Robert Burridge has held the lead through two rounds of the USADGC. Photo: Mike Downes / PDGA

Shinn strung together the longest birdie run of the day on Holes 6-9 and was 5-under through 13 holes. He bounced back twice with birdies after two bogies from there for a 58.

Brendan Schuppe shot a 3-under 60 to jump to the chase card after entering Saturday tied for 16th. He will join Gilbert, Evan Scott and Stevie Frisch on the chase card.

There’s 18 holes to go on the daunting Toboggan track with a PDGA Major title up for grabs.

When are they going to rating cap this event? Not taking payouts for pro wins doesn’t make you an amateur honestly, it makes you a sandbagger. Without him in the field it would have been a way more exciting tournament.

Literally never. Players will never be forced to play for cash. Anyone can retain their amateur status as long as they wish. No cap, as the kids like to say.