Bring it Back! Champions Cup Returning to IDGC in 2023

Bring it Back! Champions Cup Returning to IDGC in 2023 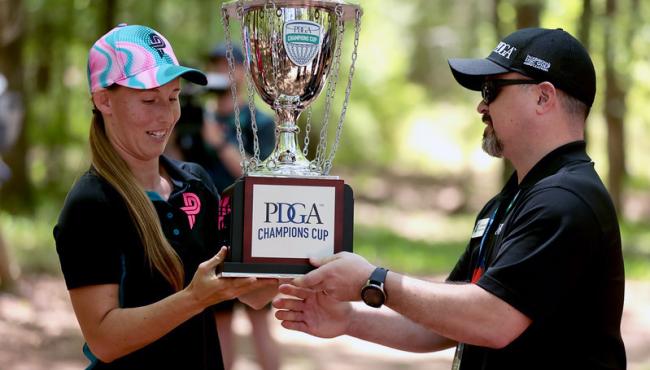 Champions Cup Heads Back to Georgia

Due to popular demand, the PDGA Champions Cup will be returning to W.R. Jackson and the International Disc Golf Center in Appling, GA, for its second edition, April 20-23, 2023.

Originally slated to move to the Toboggan course in Milford, MI, in July 2023, the Champions Cup will instead return to its Spring slot, two weeks after the Masters golf tournament wraps-up in nearby Augusta. DGLO will once again be run in the Summer of 2023 on the DGPT.

“There are several reasons for the change, but primarily it is because of the overwhelming, positive feedback from the competitors, staff, volunteers, and fans, both on-site and online,” said PDGA Director of Operations, Mike Downes. “Many wanted the event to be in Appling every year and wanted an annual opportunity to compete/see top-level competition on the Jackson course.

“We also see it as a way for us to continue to develop traditions for the event that will eventually become synonymous with the Champions Cup. Our partners in Columbia County are very supportive of this endeavor and based on the demand to spectate the 2022 event, are working with our Staff to offer more spectator tickets and expanded viewing areas, as well as adding a few park amenities to support the increase in attendees.”

Heinold to Stay on as Tournament Director

Veteran TD, Nate Heinold, who was tapped to run the 2023 edition in Milford, will stay on as TD as the event moves back to Appling.

Heinold will take the reins from 2022 Champions Cup TD, Robert Leonard, following a thrilling finish to the inaugural edition in which Paige Pierce and Chris Dickerson needed all of 72 holes to eke out narrow victories. 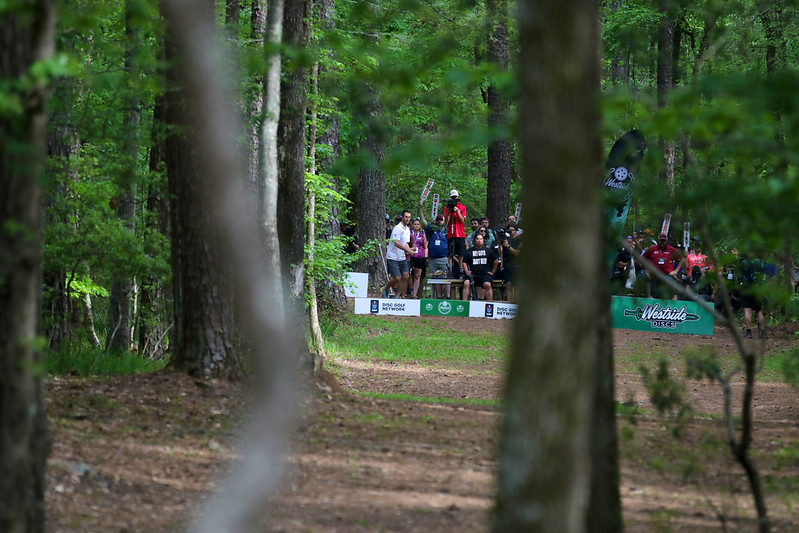 For Heinold, who has run some of disc golf’s largest events, including 2019 PDGA Pro Worlds, as well as perennial Tour stops, Ledgestone and DGLO, the challenge of organizing a premier event from across state lines is a familiar one.

“This event would be impossible to run without the great support of the IDGC staff, who will have the Jackson course in amazing shape,” Heinold said. “If our team had to focus on the course and run the event from afar, it would be impossible. But so much of the work to run large scale events now happens behind the scenes from a conference room or an office.

"Planning and organizing an event of this caliber takes a lot of time and work leading up to the event. Actually being on the ground and running the event is the easy (and fun) part. We are excited to bring the Ledgestone team down to GA for the second edition of the Champions Cup. We plan on bringing down a sizable presence from our typical events team and will also be involving plenty of local staff from the Augusta area.”

PDGA Executive Director, Joe Chargualaf, has been in talks with Columbia County about a multi-year deal that would bring the Champions Cup back to the IDGC as an annual event.

“Columbia County Parks and Recreation, as well as the Convention and Visitors Bureau, have always been strong supporters of disc golf and the events at the IDGC,” Chargualaf said of the county’s interest. “After seeing the immense economic impact on the region as a result of the 2022 Champions Cup, we are excited to work with our local partners to make this an annual tradition.”

The 2019 Hall of Fame Classic was the last elite-level event, prior to the 2022 Champions Cup, to be held at the IDGC – home of the PDGA membership. Falling right on the heels of another golf tournament with rich history, all of the key stakeholders agreed that an annual return for the Champions Cup would be a tradition worth pursuing.

“We will continue our discussions with Columbia County in hopes that we can make the pilgrimage to Appling an annual stop on the Tour for years to come,” Chargualaf said. “For now, we are thankful for the opportunity to have the Champions Cup on the W.R. Jackson course once again in 2023.”

Thank you!!! I’m very excited to volunteer for this next year!