Catrina Allen leads by one stroke heading into the finale of the 2021 PDGA Pro World Championships. Photo: Kevin Huver / PDGA

OGDEN, Utah — This was never a race, it’s been a marathon from the start.

The ups and the downs, the highs, and the lows; reaching the finish line of the PDGA Professional Disc Golf World Championship as the victor is about enduring them all.

Catrina Allen, through four rounds of dramatic and thrilling action, has been most proud of her finishes each step along the way.

Now, 18 holes remain for Allen, the tournament leader by a single stroke in search of her second World Championship, and Paige Pierce, looking for history in women’s disc golf with what would be her sixth title. 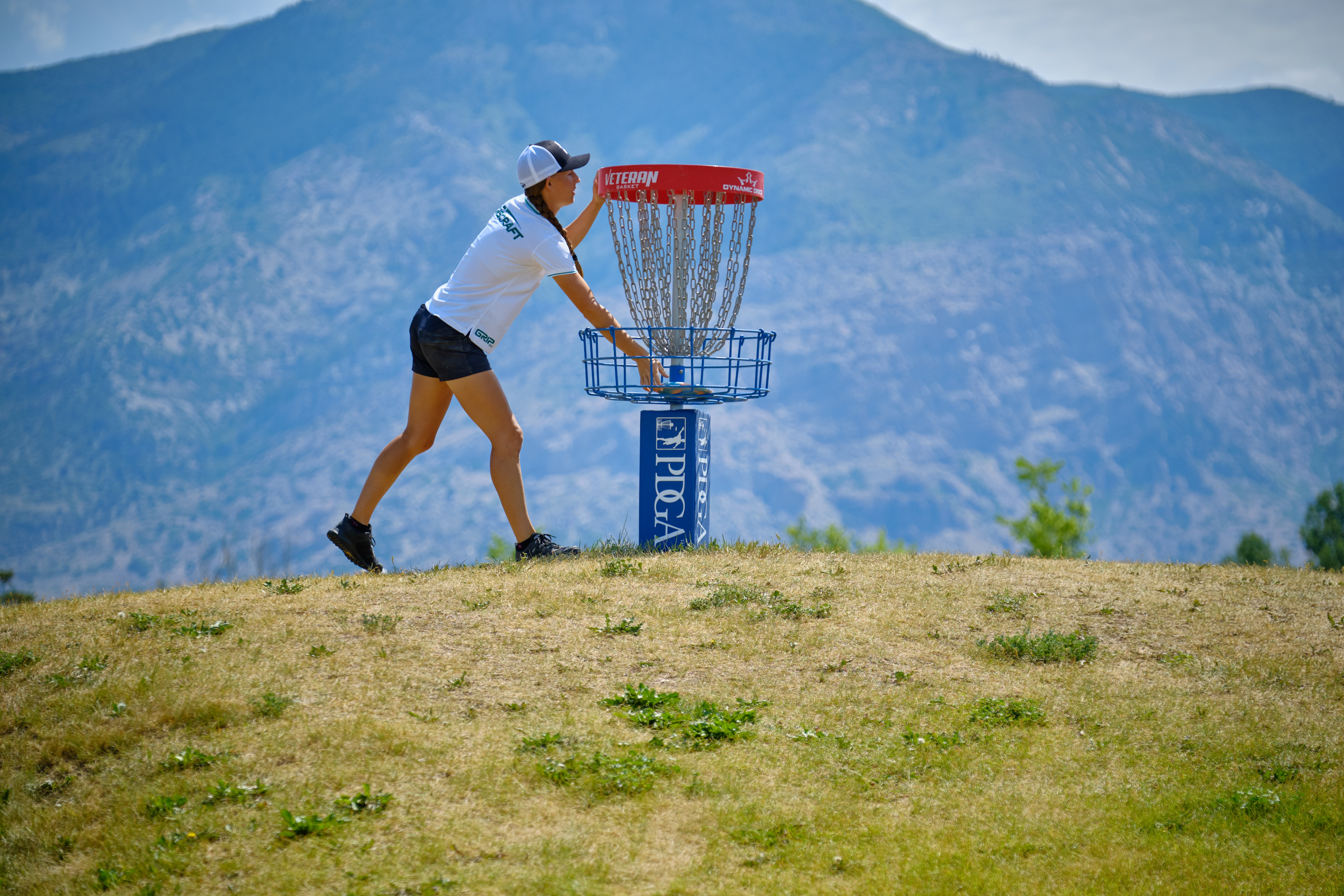 Allen fired off the hot round of 6-under on Friday as the FPO field made its final run through the Mulligans course in a back-and-forth battle with Pierce, a familiar scene between the two top women’s players in the game.

Saturday will add yet another chapter to the competition between the two, who find themselves seven and six strokes clear of third place, respectively.

As it’s been throughout the week in Ogden, the leaderboard was ever-changing. A dramatic finish on Thursday at The Fort, the site of Saturday’s finale, put the two players tied heading into the penultimate round.

Allen grabbed the outright lead on the opening hole on Friday. Pierce tied things up on the fifth and built a two-stroke lead with a massive putt on the eighth. It went to three strokes on the ninth hole.

But then came the finish.

Catrina Allen and Paige Pierce are set for another classic showdown in the finale at Worlds. Photo: Kevin Huver / PDGA

“Maybe the pressure goes and I just worry about myself again,” Allen said. “Digging deep and trying to just, you know, focus on my game, my game plan and nothing at all of the outside; not tomorrow or anything.

“I’ve finally found myself in the moment instead of ahead or behind – a missed putt or the island coming up.”

A pair of two-stroke swings in favor of Allen on 14 and 15 made it two-stroke lead. They would exchange birdies on 16 and 17 before both found the out-of-bounds on 18.

For the tournament, Allen leads in the major driving categories, including fairway hits at 82% and strokes gained tee-to-green at 27.51, according to UDisc. 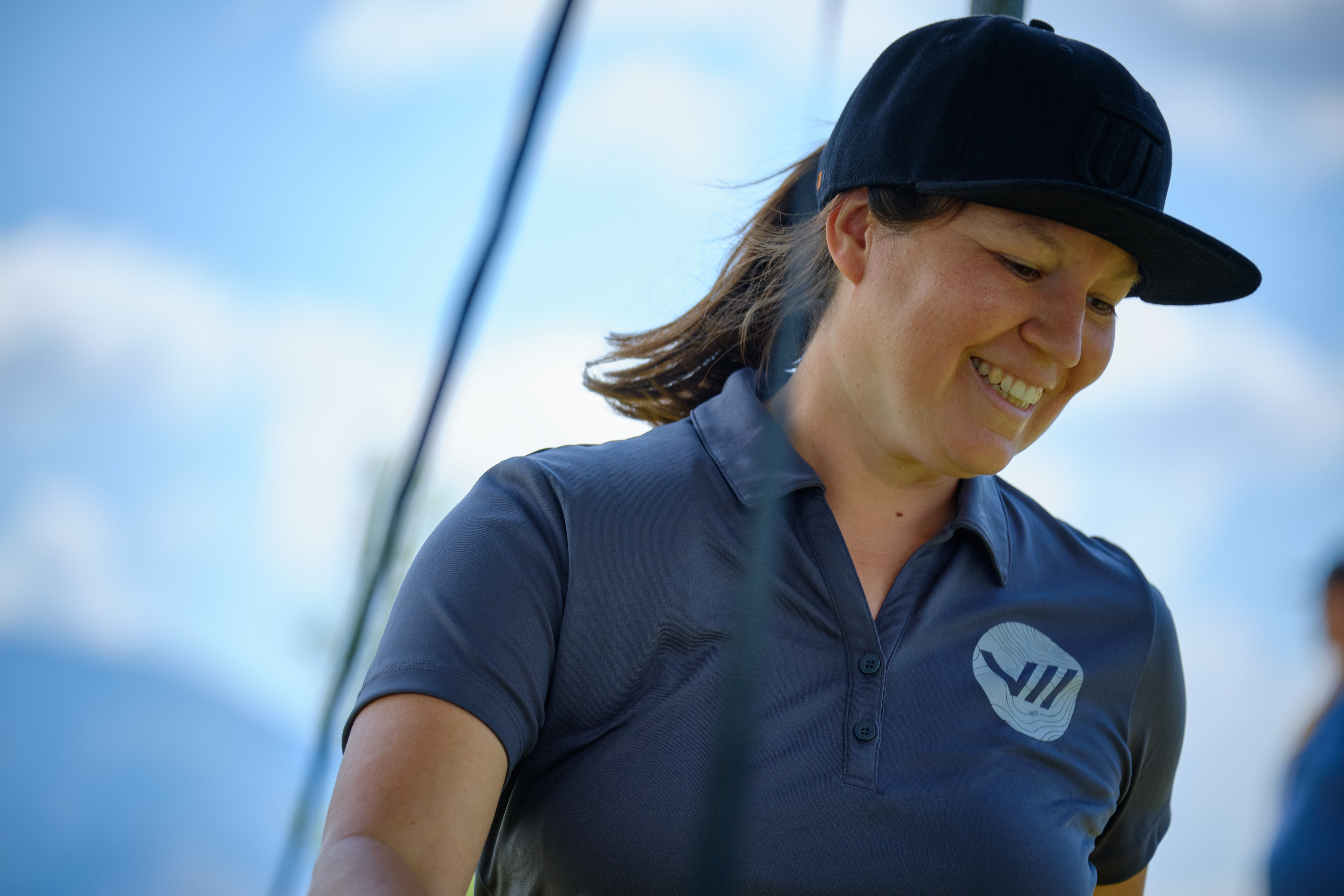 Lisa Fajkus will be on the lead card once again in the final round. Photo: Kevin Huver / PDGA

Lisa Fajkus sits at 6-under par for the week, two strokes ahead of Kristin Tattar.

Sai Ananda leads the chase card at 3-under par, tied with Hailey King, after a three-under round at Mulligans. Sarah Hokom, with an ace on the island hole 18th, is 2-under par and Ohn Scoggins rounds out the chase card at 1-under.

The stage is set and 18 holes are left at The Fort.

Live FPO coverage of the finale of the 2021 PDGA Pro Worlds kicks off on the Disc Golf Network at 10 a.m. MT / Noon ET.