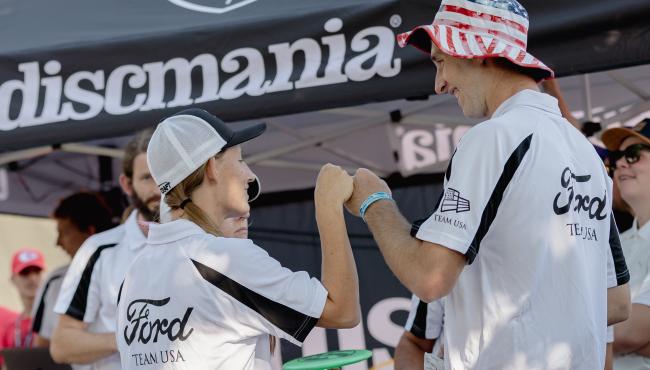 Team USA kicked off the 2022 PDGA Major – European Open week with its 10th-straight win in as many attempts over Team Europe in the 2022 President’s Cup in Nokia, Finland on Wednesday.

After taking a seven-point lead in stroke play, Team USA pulled away in Match play for a 34-18 win.

James Conrad and Paul McBeth both took outright wins in their groupings in stroke play — Conrad by three strokes and McBeth by five strokes with a 7-under score through nine holes. Eagle McMahon tied Ricky Wysocki. In FPO, Henna Blomroos took a one-stroke win over Paige Peirce. 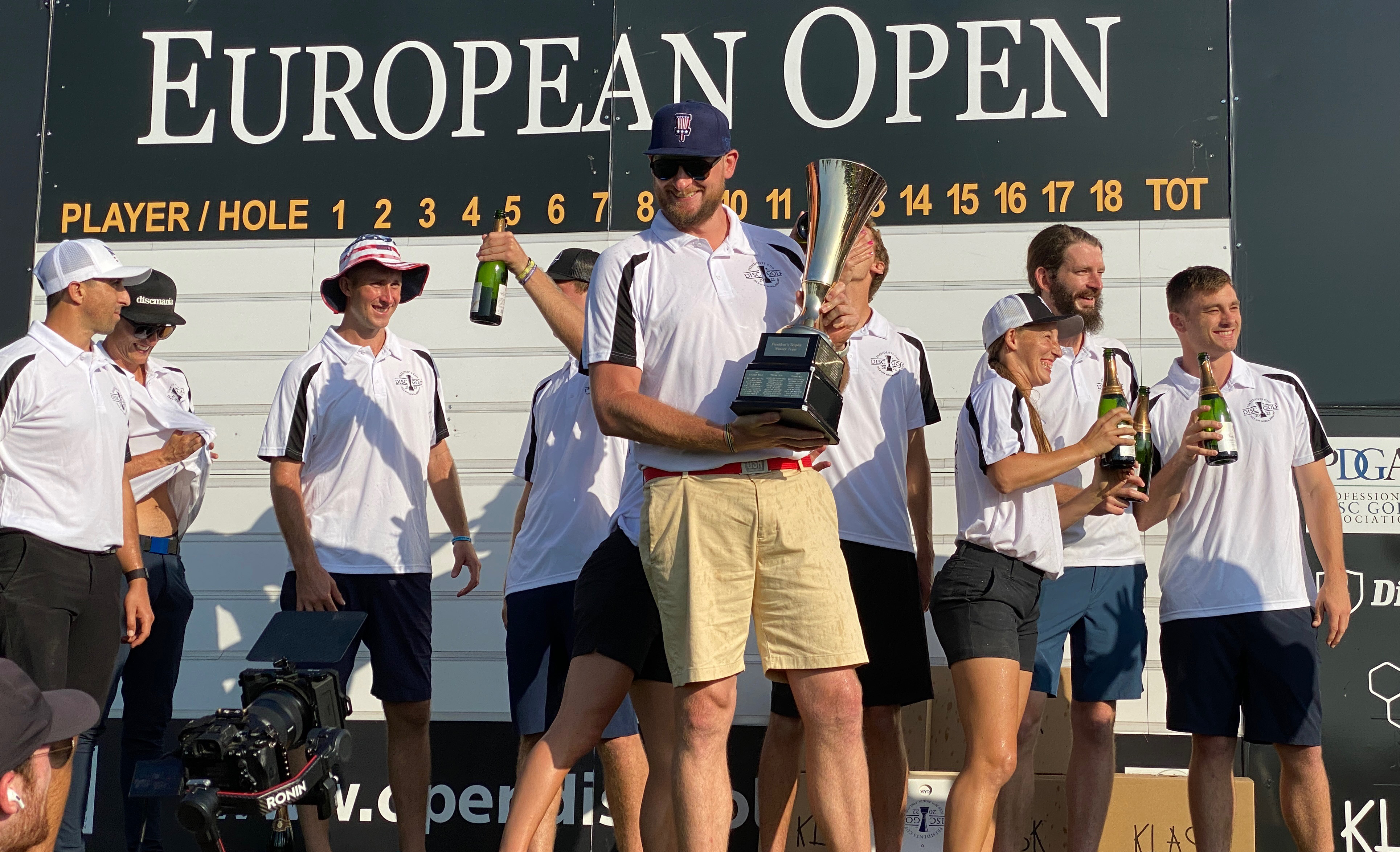 Here’s what the team captains – Europe’s KJ Nybo and USA’s Jeremy Koling — had to say:

"Great team, probably the best so far. You can’t be too disappointed in that. I just enjoyed watching all of that. It was amazing being a captain. It’s incredible out here, so many people here. Disc golf is growing, and it will keep growing. The skill will keep growing too. It’s hard to believe that, but it’s true," — Nybo

"It was an unforgettable experience. I loved every moment of the day. Just watched USA do what USA does in the President’s Cup. We played well with grace. Team Europe was an incredible squad," — Koling

Live coverage of the European Open begins Thursday on the Disc Golf Network.