New and Improved Junior Divisions for 2016

New and Improved Junior Divisions for 2016 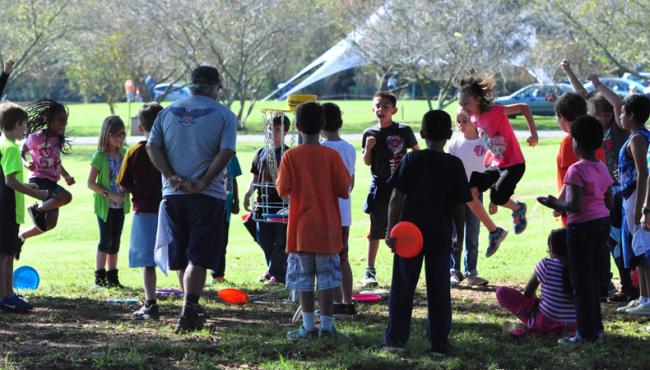 UPDATE: Any 2016 event with pre-existing qualifying criteria for Junior divisions based on the 2015 Tour Standards may request a waiver to apply the 2015 Junior division age breaks to their 2016 event by contacting the PDGA Tour Manager directly. Where possible, the event should also include the new 2016 Junior 8 & Under & and Junior 6 & Under divisions as well. The 2016 PDGA Amateur and Junior Disc Golf World Championships will use the original 2015 junior division age breaks listed below, as well as the new Junior 8 & Under & and the Junior 6 & Under divisions. Please review the official announcement for more information. - November 18, 2015

As the sport of disc golf continues to grow, we are constantly looking at ways we can improve the game itself, and ways we can improve the experience for those competing in it, specifically at PDGA-sanctioned events. Over the nearly four decades of the PDGA’s existence there have been alterations to the Official Rules of Disc Golf, tier structures, competition standards, technical standards, and more. The time has come for another update. One that aims to protect and develop one of the most important demographics for the growth of the sport — Juniors.

We are excited to announce that the Junior divisions have been restructured to better align with junior developmental ages with changes to the age requirements for existing divisions along with the creation of four additional divisions. The divisions listed below will take effect for all PDGA-sanctioned events that begin on or after January 1st, 2016.

NOTE: Those players who turn 19 years old in 2016 that would previously have been eligible for a 19 & Under invite to the 2016 PDGA Amateur & Junior Disc Golf World Championships will now receive an Advanced division invite instead (2016 Am Worlds only).

For those of you familiar with the breakdown of the Junior divisions as they are currently, you should notice that the new divisions are quite different. The current 19 & Under, 16 & Under, and 13 & Under divisions have all been lowered by one year to 18 & Under, 15 & Under, and 12 & Under, respectively. Additionally, new divisions for 8 & Under and 6 & Under have been created.  At this point you might be wondering…why?

“This idea has been in the works since December of 2013, when the PDGA formed the Youth & Education Committee” says Steve Lambert #1906, Chairman of said committee. “The important thing that we ask within the Committee is ‘Is it fair and is it fun?’ It doesn’t take much thought to realize that it is not fair for a 10 year old that turns 11 in December to play against a 13 year old who turns 14 in January.  This could and does happen under the previous age divisions. Additionally, the only division for 6, 7, and 8 year olds were the 10 & Under divisions. Not fair, not fun.”

The push for these changes was spearheaded by the newest member of the PDGA Board of Directors, Justin Menickelli #31347. In a proposal to the BOD, Menickelli explained the rationale behind the importance of these divisional changes.

As we’ve seen dozens of times in the past, with every change comes consequence. “2016 will be a transition year and not every kid will be happy with these changes. Some who were looking forward to being at the top of their age group will now be at the bottom of the next age group.  On the other hand, there will be some that were expecting to be in the middle or bottom who will now be at the top of an age group”, says Lambert.

As we head into a new era of disc golf, we must be prepared to meet the requirements of its growth. To make the sport more sustainable in the long run, it is small but important changes like this that will lead the way.

Please note that the member fees fees for Junior players will remain the same as years past. If you have any questions or comments about the new Junior divisions structure, please feel free to contact the Youth & Education Committee.

I like the expanded age groups, but I would have gone U18, U16, U14, U12, U10, and U8. Not sure how competitive U6 will be. Little League Baseball has a "Rookie" division for U8, but U6 would be for t-ball. I like the reasoning of the new divisions because most other sports do so every two years, then why have U15 instead of U14 and U16?

I can see the rationale, but why the very short amount of time between the announcement of this change and the implementation? I have played other sports professionally and whenever they make a rules change that applies to age, and division reclassification, there is usually a much longer time period before the rule goes into effect. When the USA Racquetball Assn adopted new age divisions for juniors some years ago, they gave a two year window, so the current players would not have their plans and tournament schedules immediately impacted.
This rules change has now crushed my son. I have been promising for two years that he would go to World's in 2016, but now he would have to play against boys who are 15 where he will have just turned 13. So you would have a player with just over a 780 rating playing against 15 year olds who many at that level have ratings over well over 900. Way to crush dreams. He doesn't even want to play any the sport any longer.

Divisions should be separated by skill like all others. Age should be a guideline for new players once a rating is established they will play where there rating is. Yes they would be playing with younger and older kids but with the same skill level. J1,J2,J3,J4 adv. int. rec. Novice.

Simular comment as Xstntman.My currently 15 year old son and I disscussed last year at attending
worlds for 2015 however decided we would wait until 2016 when he would be 16 and take advantage of being on top of the age bracket. We were planning on
using 2016 Worlds as our family vacation but DEFINITELY will be considering other options due to this change.
Bangachain also hits the nail on the head as far as jr division breakdown. Did the board not review the jr division results from 2015.I seem to recall a couple of 10 year olds land solid mid 900 rounds.
I also suggest surveys be taken when considering big changes such as this.
Thank you for the opportunity to express my opinion.

Keep it in the fairway!

Thank you for your comments everyone. Please review the revised Junior divisions age group policy in the announcement below.