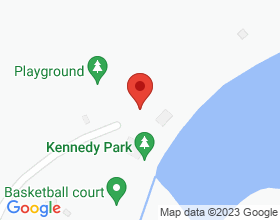 I-81; merge onto US-6 E/Gov Robert P Casey Hwy, left on Roosevelt Hwy, right on Canaan St., left on Morse Ave (becomes Reservoir Rd.), right on Main St., left on 247/Dundaff St. Go to top of hill and the park on the left. Go to parking lot by pavilion. 1st tee in woods behind horseshoe pits and small pavilion
Parking Lot: ()

There are no official event layouts available for this course.

This course was probably great years ago. Very overgrown now 5.27.20. I guess it's been a while since anyone played there, I was even questioned by the local LEO (super nice guy) as to what I was doing at the park while looking for the first Tee. He seemed surprised that anyone was actually there to throw some discs. I realized the reasons for his initial concern once I got into the woods. First, a large stuffed carnival prize panda lay across the path to the first tee. It's prone pose suggested it was the victim of an unwanted romantic encounter, the prophylactic wrappers and beer cans found throughout the course only confirmed my suspicions. The course was very overgrown. Lucky I snapped a pic of the map so I could locate the majority of the pads. Beware, no Verizon cell coverage at all! Bring a friend and avoid becoming the next panda.

not a newbie course. the first few fairways are tight and wooded. the rest is nice and open. lots of water runoffs and saw 3 snakes. drive past baseball field and past playground to back old pavilion to find first T.