As the sport of disc golf has exploded in popularity over the last several years, the PDGA has experienced an exponential increase in all areas including memberships, number of courses, number of sanctioned events, number of competitors, and media coverage of the sport’s largest events. This growth has caused an increased demand to compete in the National Tour and Major events, ultimately resulting in a “race to click” scenario when competitors attempt to register.

The PDGA Majors Committee was called in to identify and address the limitations with the current Worlds model. It was agreed upon that the limited available space in the events was due to the large number of divisions offered at those events. Also, the potential bidding venues (hosts) were limited by the number of courses required to host an event the size of a World Championship. Obviously, registration has become an issue, causing some elite-level players to be excluded from the event, and the lack of a true elite-level World Championship stifles any potential national media and sponsorship opportunities. These issues presented a need for change.

After much examination of all possible options, the committee decided that the best choice was to create a new PDGA Professional Masters World Championships, while leaving the MPO and FPO divisions in the restructured PDGA Professional World Championships. Details on the new structure of Pro Worlds can be found within the bid package. There will be no further change to any other current Major events at this time.

The benefits of such a change are numerous. For the Pro Masters Worlds event, an increased number of professional age-restricted members can participate in the event as space has been opened by moving the MPO and FPO divisions out on their own. Qualified players now have the opportunity to compete in both Pro Worlds and Pro Masters Worlds should they choose to do so.

For the newly structured Pro World Championships, the PDGA will now have an elite World Championship to market and promote; elite-level players will be offered a guaranteed time to register for Worlds, eliminating a mouse-click race determining who gains entry. Therefore, the highest level players are in the event. By splitting out all age-restricted divisions, more MPO and FPO slots will open up. 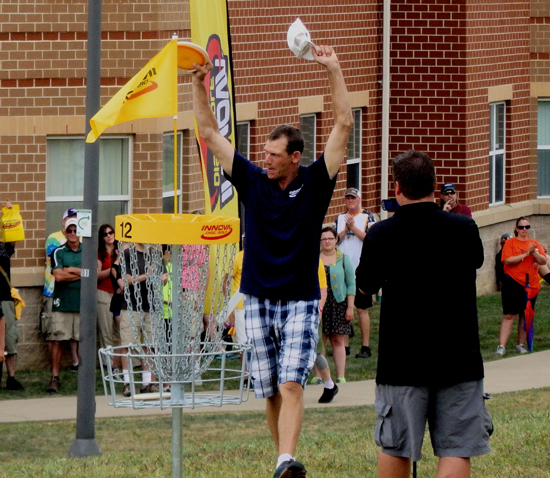 Upon the advice of several top touring professionals, the Majors Committee has formed the new Pro Worlds model to consist of four rounds (one per day), with no semis or finals. The new format of Pro Worlds will lend itself to more bidding opportunities, as the minimum course requirement has been reduced to two courses, which will greatly reduce travel and practice time for all competitors. This will also open up the potential for more International bids.

Additionally, for marketing purposes, it is the intention of the PDGA to have at least a $100,000 payout for the inaugural Pro Worlds.

PDGA Executive Director, Brian Graham stated, “The PDGA is pleased and excited to reformat our World Championship models, as it is a direct reflection of the growth of our sport and the increased demand to participate in the Disc Golf World Championships. Over the last several years, we have seen an exponential increase in the number of members wishing to compete for a World title. The creation of a new separate event for age-based divisions will now allow us to accommodate more members while also creating a true elite-level Open World Championship for our sport.”

For each of its World Championships, the PDGA seeks hosts and encourages bids from around the world. An experienced disc golf club, nonprofit businesses, an individual working in conjunction with a community sports commission, visitor’s bureau, and/or facilities owner can submit a bid. All bids are reviewed by the PDGA staff and Board of Directors and a host is selected based upon the experience with running a large sanctioned disc golf event, contents of the bid, suitable facilities, proximity of courses/venues to each other. as well as various other requirements.

The 2017 PDGA Majors Bid Packages can be viewed and/or downloaded below, as well as in the documents section at the bottom of the PDGA Major Events page.