Think Outside The Boxx

Think Outside The Boxx

An Insider Look at the TeeBoxx Gen Two 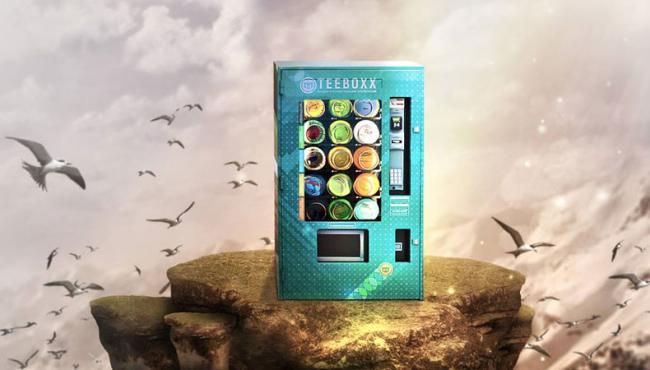 In 2012, Justin Cherry, Aaron Martin, abd Ross Brandt founded a company with a vision to create a new product for the sport of disc golf that would help make the game’s most important pieces of equipment, discs, more accessible. Since the creation of disc golf decades ago, purchasing discs was either done online, at a retail store, and/or from someone directly, face-to-face. Their product, TeeBoxx, added a new purchasing medium to that list.

The concept of TeeBoxx is simple. It’s essentially a vending machine that sells a variety of discs and it functions just like any other vending machine you’ve seen selling food or beverages. You put your money in, select a disc, and you’re all set. It’s what is often referred to as an Automated Retail Center (ARC). The beauty of it from a vendors point of view is that it provides a way to sell discs, at any hour of the day, without having to put in the blood, sweat, and tears required to build and maintain a brick and mortar pro shop.

The original TeeBoxx has had a successful run thus far, but on a limited scale. Because of the high cost to build a TeeBoxx, they were only made available to a few select organizations, a majority of which were Parks and Recreation departments. That’s all about to change.

Thanks to a vigorous effort to redesign and dramatically reduce the cost of production, the Aaron and Justin are extremely excited to announce that the new generation of TeeBoxx will be available to the general public. For the first time, any company, organization, or individual that wishes to purchase a TeeBoxx can do so. The price has been significantly reduced all without making any cuts to the features and functionality. In fact, those have been improved upon for the Gen Two model.

TeeBoxx Gen Two technology offers a variety of benefits, including many that are environmentally friendly. There is no packaging or labeling, low to no grid power consumption (TBD), and when compared to a traditional brick and mortar model, the TeeBoxx requires much less in resources to sustain in general. New shuffle functions, universal applications, and overall outdoor ruggedness break the mold of traditional vending, making the new and improved TeeBoxx an impressive one-of-a-kind product.

“Whats the point of installing TeeBoxx’s in parks that couldn’t test its metal… literally,” said TeeBoxx Co-Founder and Chief Strategist Justin Cherry. “We worked too hard to simply put a machine in a safe area. We invited thieves and vandals to take a crack at it.” The result was a new outdoor automated retail solution, something the USA abandoned years ago. “I think TeeBoxx has proven itself to be a sustainable feature within the industry, but we couldn’t stop there. We wanted to take it to the next level,” said Cherry.

Shuffle & Release™ technology grants the user the ability to choose and view any disc in the machine before purchase. This will allow for the TeeBoxx to offer a broader variety including possible color and weight choices. Further improvements combine the outer shell and machine for easier handling and installs. All previously proven security features will also be included, and improved with built in cameras, more robust exteriors, and powerful anchoring systems. 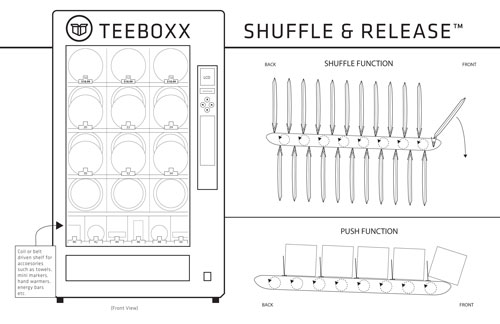 Click on the image to see a full size version.

TeeBoxx continues to push the envelope, improving public access to much needed disc golf amenities in a low-cost and convenient manner. “We hope we can leverage growth beyond the sport itself. Why wouldn’t we? Our love for disc sports will always bring us back to our roots no matter which direction the company moves,” said Martin. “It’s an all-encompassing pursuit.”

Does anyone know if tee boxx is still in business and how to contact them?