Lisa Fajkus jumped into a tie for second place at PDGA Pro Worlds after the second round. Photo: Conrad Meyer / PDGA

OGDEN, Utah — There was movement all over the leaderboard after the second round of the PDGA Professional Disc Golf World Championships.

Except at the top.

Lisa Fajkus walked off the course at Mulligans with a big, confident smile. Catrina Allen felt like her round was even better than the scorecard indicated. Kristin Tattar picked up steam heading down the stretch and jumped right back into the spotlight.

Paige Pierce, the leader by four strokes, saw the nerves that a World Championship brings shift to even more confidence.

“It feels good — breaking the ice,” Paige Pierce said. “I heard Val (Jenkins) say it yesterday, it’s all about getting off these first two rounds and adjusting to the nerves, adjusting to the different feelings that we haven’t had in two years.

“Now, I kind of know that those are the scores that I need to beat. I need to put my foot on the gas now. At this point, we have three rounds left and it’s almost like a new tournament, I just have a four-stroke head start.” 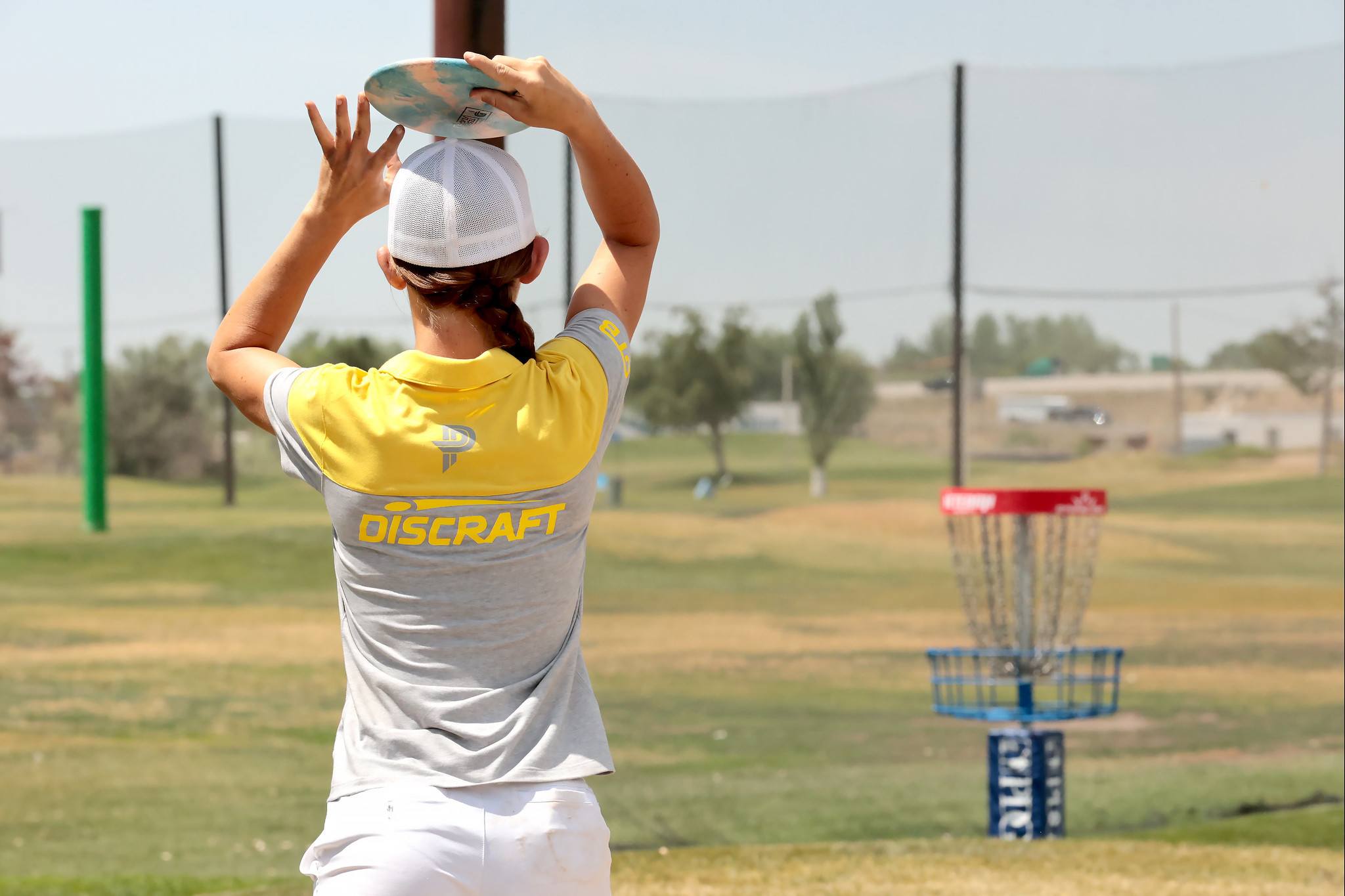 Paige Pierce lines up a putt during round 2 at Mulligans. Photo: Conrad Meyer / PDGA

Pierce, who expanded her lead to four strokes after Wednesday’s run through Mulligans, will be joined by a completely different card during round three as action shifts back to The Fort.

Fajkus used stellar putting throughout her round to make the jump. Allen felt like her 7-under round was even better than the scorecard indicated and is close to putting it all together. Tattar responded to miscues early and fired off down the stretch to jump to the lead card.

Meanwhile, Pierce, despite an early shootout from her card mates, kept firing.

“It was nice to just play my game, get birdies and hit big putts,” Pierce said, noting that she didn’t know the scores. “At a certain point I knew because I wasn’t on top of the box — for four holes in a row, I was third to tee. I was playing well and wasn’t panicking when I wasn’t on the top of the box.

“It was definitely a good feeling to get that momentum back and get to the top of the box and put some pressure on them.”

Pierce led in Circle 2 putting at 67% and gained 3.79 strokes in that area, according to UDisc. Her confidence on the green remains at the forefront of her game.

“I feel so good on the putting green right now,” Pierce said. “It's something that I think is going to be a little bit intimidating to my competitors and also a huge confidence booster to myself. Yeah, just going to keep it up. Honestly, I'm looking forward to putting so that is a dangerous place to be for my competitors.”

Allen was second in strokes gained tee to green at 6.37 to Ella Hansen’s 9.4 mark.

“I thought I played way better than my score. I really don't feel like my score reflects how well I played today. It just doesn't,” Allen said. “I feel like this course suits me well as a longer thrower and I feel like I have an opportunity to birdie every single hole. I felt like I was close to shooting a great round. It was a solid round and I'm sure it moved me up a little bit.” 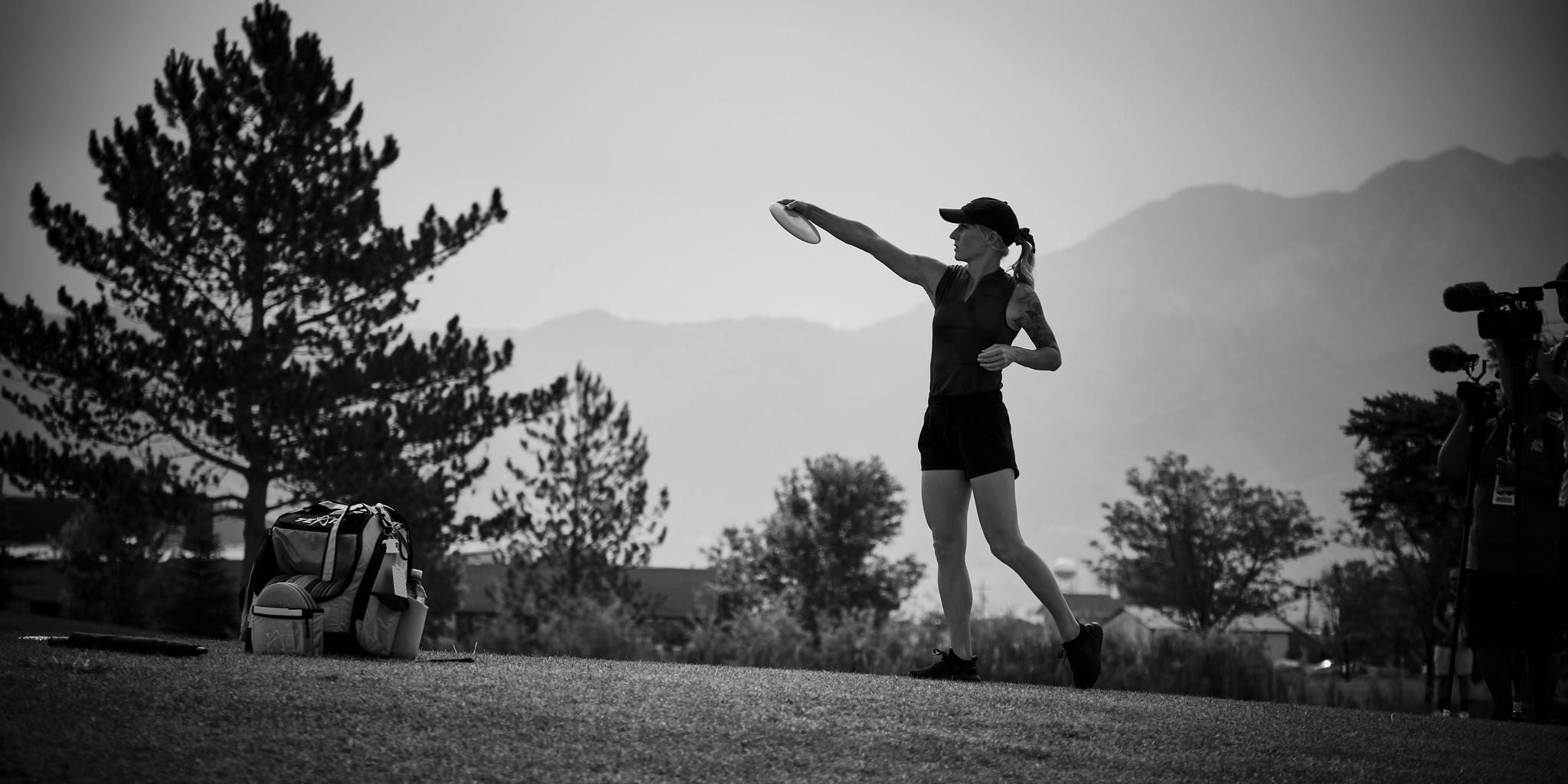 Fajkus turned in her bogey-free 7-under round with a strong showing on the green. She was second in C1X putting at 94% and had birdie putts of 38 and 49 feet.

Tattar responded well to two early bogies, both of which she fired back with birdies. From there, it was six birdies over the last 13 holes with a combination of strong drives and big putts, including a pair of 38-foot birdie putts and a 49-foot par save on hole 16.

“I can't wait to play with that card,” Pierce said. “Catrina and Kristin are going to be hitting the hyzer flips through the woods and Lisa and I are probably going to be hyping each other up on the putting greens so it'll be a fun round, very entertaining to watch.” 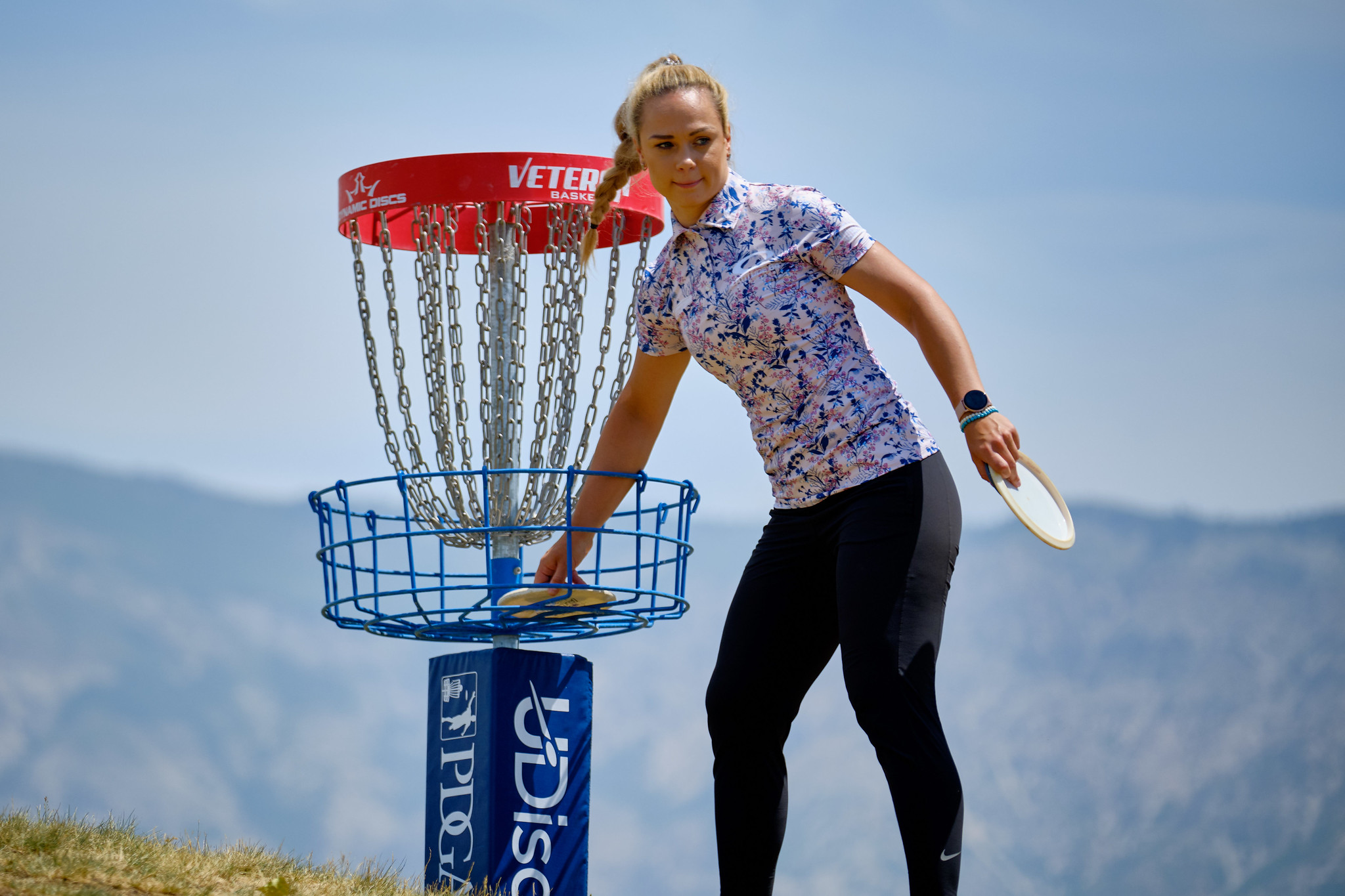 Pierce sits at 11-under, four strokes clear of Allen and Fajkus at 7-under. Tattar rounds out Thursday’s lead card at 5-under par.

FPO action from round 3 of the 2021 PDGA Professional Disc Golf World Championships kicks off live on the Disc Golf Network at 10 a.m. MT / 9 a.m. ET.