Paige Pierce Nominated as The World Games Athlete of the Year

Paige Pierce Nominated as The World Games Athlete of the Year 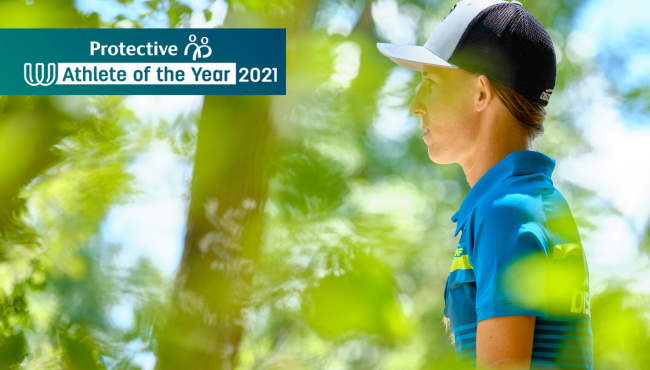 As an associated member with the World Flying Disc Federation (WFDF), the PDGA is proud to support and endorse the nomination of Paige Pierce to the 2021 World Games Athlete of the Year, representing all flying disc sports on a global scale.

The International World Games Association (IWGA) holds a poll for the Athlete of the Year every January. Each member organization to the International Olympic Committee (IOC) and IWGA nominates an athlete to represent their discipline. The World Flying Disc Federation is the representative body to the IOC and IWGA for the flying disc discipline, which includes Disc Golf and Ultimate.

WFDF currently nominates a disc golf athlete to represent flying disc sports every two to three years. Pierce has been chosen by the WFDF selection committee for her dominance in the sport over the past three years, including her 2019 PDGA World Championship title. 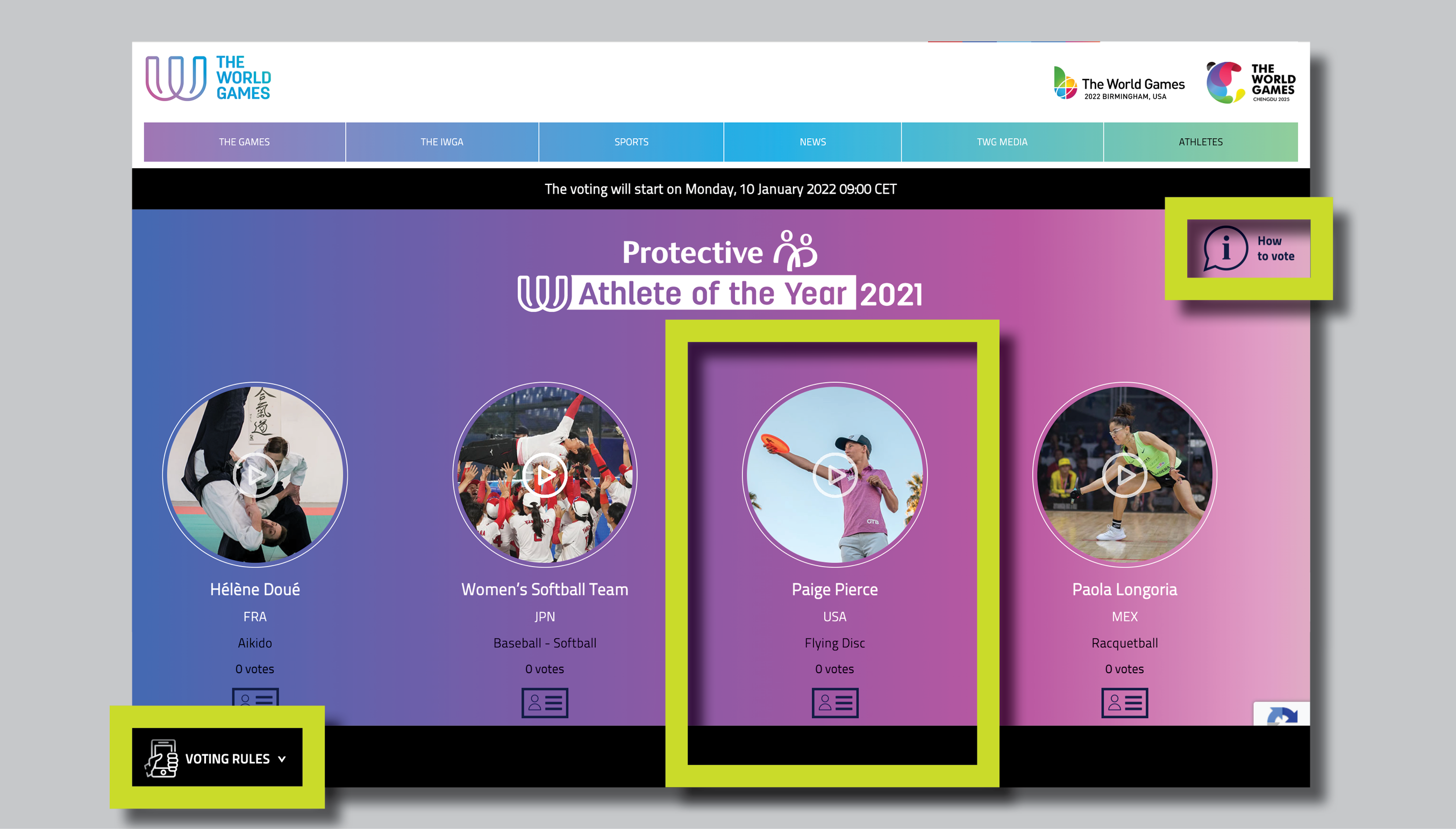 You can click on this “How to Vote” and “Voting Rules” icons on the voting page to learn more.

Voting opens on January 10. The first round of voting to determine the top ten athletes moving onto the final closes on January 23. From there, voting continues until January 31, when the Athlete of the Year award will be determined.

More about The World Games

The PDGA and WFDF believe a strong finish by Pierce in this year’s voting will provide further evidence to the IOC and IWGA that disc golf should be included as a full-participation sport at the 2025 World Games in Chengdu, China. The success of the Finnish Disc Golf Team in the 2019 edition of this award directly influenced the re-entry of Disc Golf as a demonstration sport for the 2022 World Games. Another top-ten finish by a disc golf representative in this voting will continue to boost Disc Golf’s stature at The World Games.

AOTY for The World Games (TWG) is fundamentally a popularity contest that gives TWG an indication of how popular a sport is across the world compared to the other 23 sports that are part of TWG and the IWGA. AS the article above says - a top ten finish sends a very positive message to TWG that DISC GOLF would be well supported if it were to be included in the full programme for TWG in 2025. This year we are a demonstration sport in Birmingham, Al - with the full support of PDGA and WFDF combined. With over 107,000 active members in the PDGA and the support of the Ultimate community Paige should win this event easily - BUT it takes all active members to vote every day for the next 2 weeks to make that a certainty! Please get all your friends out to vote - it takes a second or two that's all! Thanks - Charlie Mead: WFDF Chair Disc Golf Committee

After only 12 hours of voting Paige lies 3rd in the table and well clear of 4th. Sport Climbing leads with an impressive 26K votes but the votes for Paige have cut the gap between herself and Hockey from 6K to less than 4K in two hours. She is currently on 7500 and Hockey on 11000. With the USA and S America not due to go to bed for another 5-8 hours I hope I can wake up in the morning in the UK to the start of a long fight to rein in Sport Climbing! Remember to vote every day and to chose the last place sport as your second - unless you have a favourite of course !!

So 24 hours in and what have we learnt - Paige is still a solid third. Sport Climbing is x3 votes ahead in first. That we got off to a great start but need to do more. THAT WE ALL NEED TO VOTE AGAIN TODAY TO KEEP UP THE MOMENTUM. We get to vote every day for two weeks - then top 10 stay in for final week! So get into that routine and watch the days fly by. Thank you from WFDF AND PDGA and Paige for all the support.