Paige Pierce Added to 2020 PDGA Player of the Year Recipients

Paige Pierce Added to 2020 PDGA Player of the Year Recipients 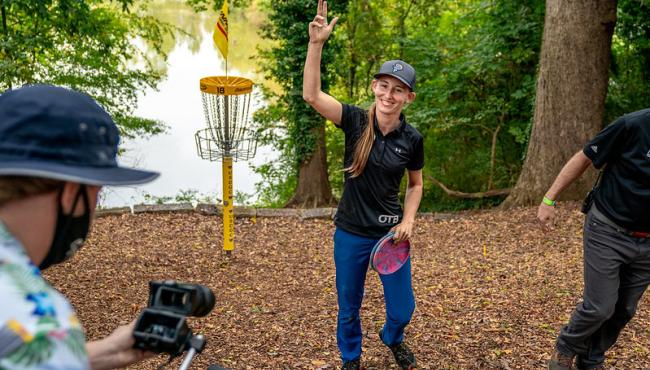 On Feb. 22, 2021, the PDGA announced its 2020 Player of the Year winners, where four very deserving candidates received the men’s and women’s Player of the Year (POY) and Rookie of the Year (ROY) honors. These players fought hard to earn enough points to top their respective categories based on updated criteria announced by the PDGA in November 2020, where DGPT points were elevated from A-Tier point status to match that of the National Tour.

When the COVID-19 pandemic forced the cancellation of the PDGA National Tour and all but two PDGA Majors, the PDGA recognized the need to adjust the established POY points structure to reflect the new schedule. DGPT events, which were previously counted as A-Tiers, were reclassified as Elite Series events. Since the previous criteria only allowed 10 A-Tiers to be counted towards points accumulation, the updated criteria allowed previously excluded A-Tiers to now be counted in the points race.

Following an internal review of the policy and process used for determining the 2020 Player of the Year Award Winner, Paige Pierce will be added as a 2020 POY award recipient and will be recognized as the PDGA's Female Co-POY alongside Catrina Allen who garnered an impressive point total under the revamped 2020 points system.

The review determined that changes made to the POY points formula, while appropriate in the context of the impact of COVID-19 on the Tour Schedule, were not communicated early enough in the season to give players a fair chance to optimize their schedules under the new system. The PDGA sincerely apologizes for failing to meet the standards of clarity and communication required of the sport’s governing body.

The review also determined that, should the original 2019 POY points formula have been applied, as was the plan heading into the 2020 season, Pierce would have earned enough points to finish on top of the Player of the Year standings.

All other races—MPO Player of the Year, as well as both MPO and FPO Rookie of the Year—would have resulted in the same winner.

In light of this information, the decision to add Pierce as co-winner of the POY alongside Allen emerged as the fairest resolution. Congratulations to Pierce, Allen and all the 2020 recipients for this well-deserved honor and for their exceptional 2020 seasons!

The newly released 2021 Player of the Year formula will give even greater weight to PDGA Elite Series and Major Events and will better reflect the significance that these events have in determining the top disc golfers, both in the eyes of fans and among the players themselves.

Does the newly released 2021 formula do away with the 5 Bonus Points categories as well as B-Tier wins? Thereby only counting standings at Major, Elite, and A-tier events?