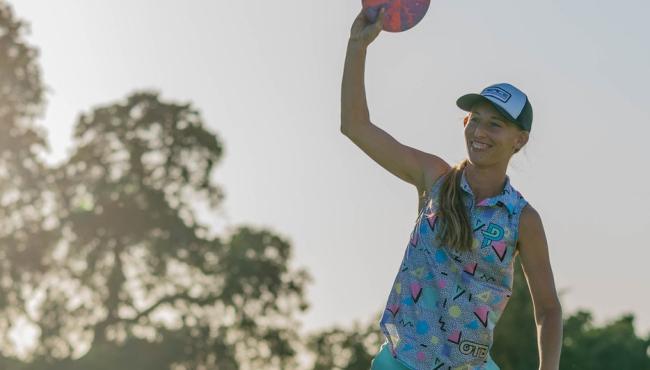 Paige Pierce smiles as she caps off her win at the OTB Open on Sunday. Photo: DGPT

Getting back to the roots and moving forward, that’s what this weekend’s win at the Disc Golf Pro Tour – OTB Open was all about for Paige Pierce in her return to the top of the leaderboard.

Pierce grabbed the lead early in the second round and, despite a rough finish on Saturday and a surging Catrina Allen on Sunday, held on for her second PDGA Elite Series win of 2021 with a one-stroke win.

“My game has kind of been all over the place,” Pierce told the Disc Golf Network’s Terry Miller. “My putt has been mediocre at best. It felt good to get the disc in the basket and get back to the roots of why I love playing disc golf.”

The event featured a classic matchup in the FPO division.

“It felt like old times – I was thinking the same thing, the tale as old as time,” Pierce said of her battle with Allen as the two, as they often have, pulled away from the rest of the field. “Catrina and I have had our ups and downs; everyone knows there has been drama here and there but there’s so much love between us. It feels good to be on common ground right now.

“We are the two best players in the world. These other girls, I know they’re coming on our heels.”

Pierce grabbed a five-stroke lead through the first six holes before Allen caught fire with a 7-under run on holes 7 through 13. A bogey on 14 derailed that momentum briefly before Allen, who went 100% from C1X on Sunday, picked up two strokes on 15 and 16, leaving Pierce a two-stroke lead with two to play.

But, despite a stellar 10-under 60, the hottest round of the weekend, Allen’s par on 17 ended the final push to catch Pierce, who finished at 19-under on the weekend in Stockton.

Jessica Weese carded a tester putt from the edge of Circle 1 to grab her fifth podium finish of the season, edging Missy Gannon by a single stroke. 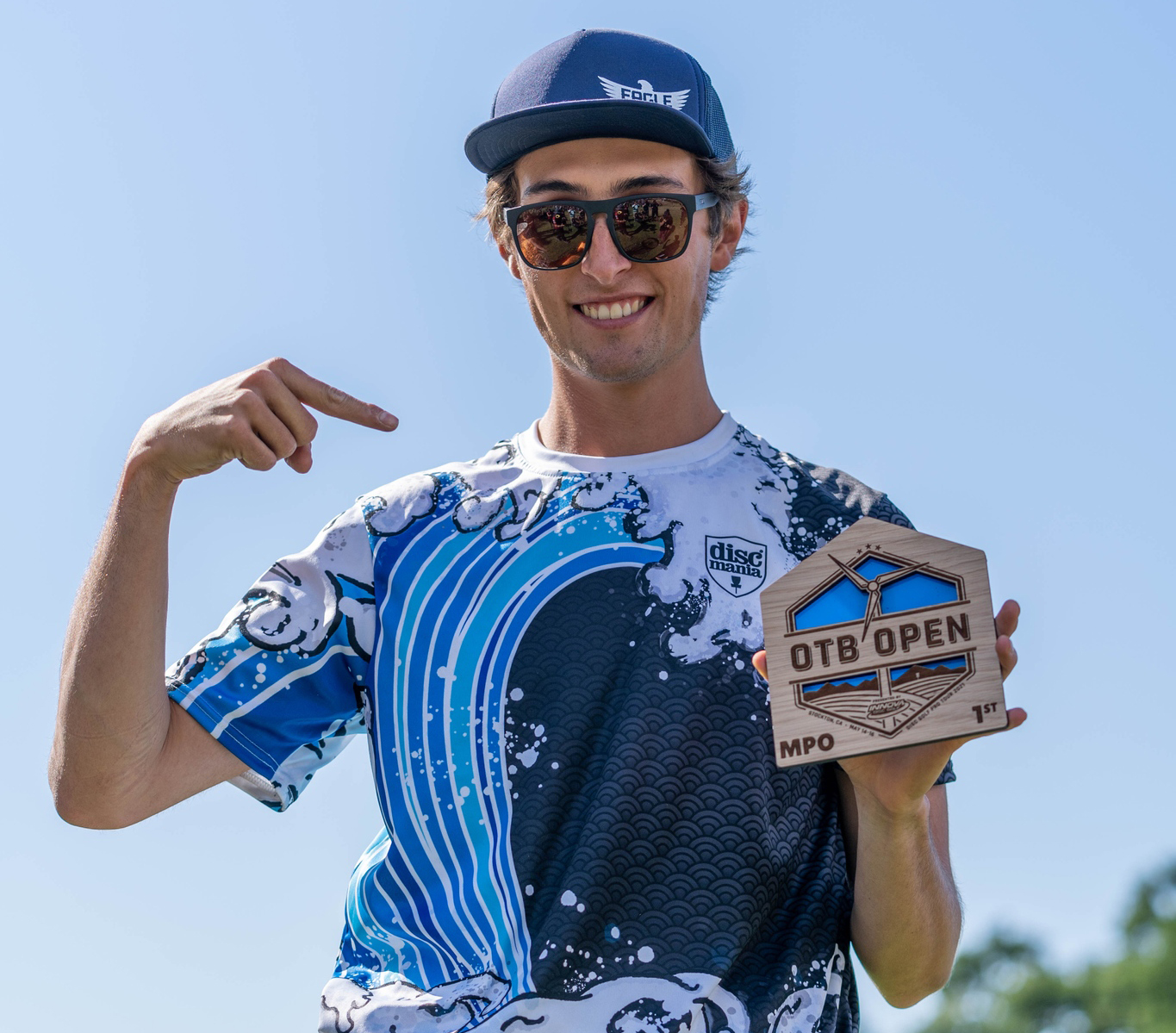 The players in the mirror weren’t as close as they appeared for Eagle McMahon.

While the gap narrowed to three strokes from Ricky Wysocki and just a single stroke from Calvin Heimburg off the chase card, McMahon buckled down and capped a wire-to-wire victory, his second Elite Series win of 2021.

“Starting off, I was able to stay steady and on the front nine, I was basically matching Ricky shot-for-shot,” McMahon told the DGN’s Jamie Thomas. “The only time I felt a little turbulent was when he got hole 10 and I missed it. I was thinking that three strokes is not that much.
“But holes 11 through 15, that whole stretch, I slammed the door on them and that felt great.”

McMahon set the pace with a 13-under 53 in Friday’s opening round – the hot score that stood for the rest of the inaugural event at Swenson Park in Stockton.

He dominated off the tee with a 25.22 mark in strokes gained tee-to-green, according to UDisc. That mark was nearly four strokes better than second place off of the tee.

James Conrad was 100% putting from Circle 1X and went on a 10-under run over the last 12 holes to match Heimburg at 11-under on Sunday. Conrad’s 38-foot birdie putt on 18 tied him for second with Anthony Barela on the weekend at 28-under, four shots behind McMahon.

“I give myself an A,” McMahon answered when asked to grade his performance on the weekend. “There’s always room for improvement in my mind. I feel like this is all leading up to Worlds.

“I need to turn up the intensity a little bit more to have a chance at Worlds, but this is a really great stepping stone.”

The FPO division will make the short trip to the Rocklin area for the 2021 United States Women’s Disc Golf Championship, which kicks off on Friday. Over 250 women are set to compete in the three-day event and the first PDGA Pro Major of 2021.

The PDGA National Tour resumes at the Santa Cruz Masters Cup on May 28-30.