McMahon, Panis Out Front After One at Maple Hill

McMahon, Panis Out Front After One at Maple Hill

Eagle McMahon jumped to a three-shot lead after the first round at Maple Hill. Photo: Kevin Huver / PDGA

Bright skies and light wind were found in Leicester, MA for the first round of the MVP Open at Maple Hill. As one of the last two stops on the Disc Golf Pro Tour before the Tour Championships, players have a lot on the line to play for if they hope to maintain their place or bump someone out of their coveted slot.

Kona Panis finished strong to open the 2021 stop at this beloved track, turning in a clean, three-under back nine to finish as the only player under par. But the race is tight. Catrina Allen, Maria Oliva and Missy Gannon are one stroke back at even par and four more players are within four strokes of the lead heading into moving day.

In MPO, Eagle McMahon used a run of six-straight birdies to find some separation on Friday's feature card. After his second bogey of the round, McMahon bounced back with back-to-back birdies on 17 and 18 to finish with a 9-under 51. Ricky Wysocki, who went bogey free, Adam Hammes, who had a rollercoaster round, and Joel Freeman, whose lone bogey came on 18, are three strokes back at 6-under par.

Eight players sit at 5-under par.

In the quest for three-peats at Maple Hill, Paul McBeth is tied for 24th at 2-under and Paige Pierce is tied for 9th at plus-4. 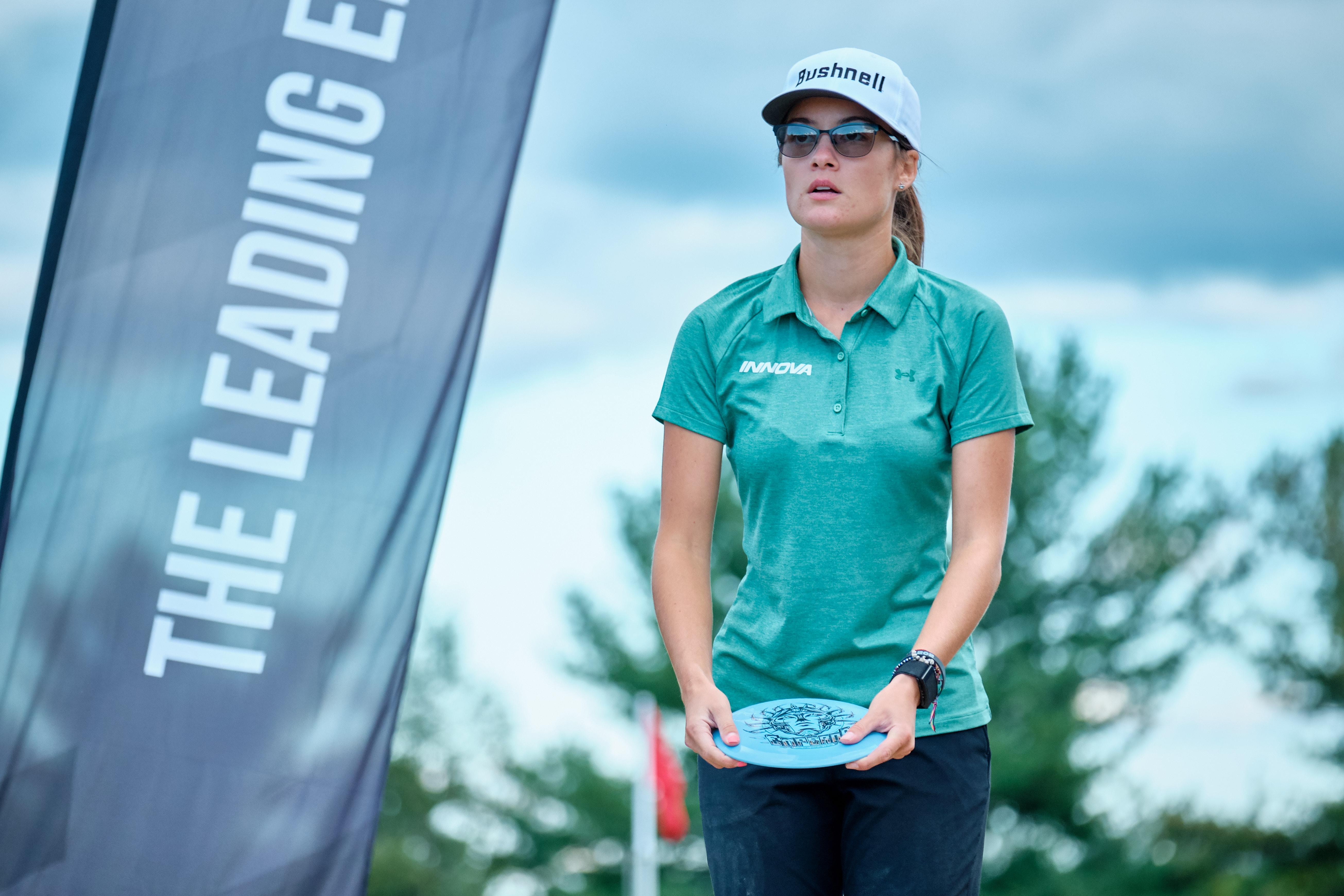 Kona Panis lines up a shot during the opening round of the MVP Open. Photo: Kevin Huver / PDGA

Round 2 of the MVP Open at Maple Hill will be broadcasted on the Disc Golf Network on Sept 4th at 1:00 pm EST.